What we’re drinking this Christmas 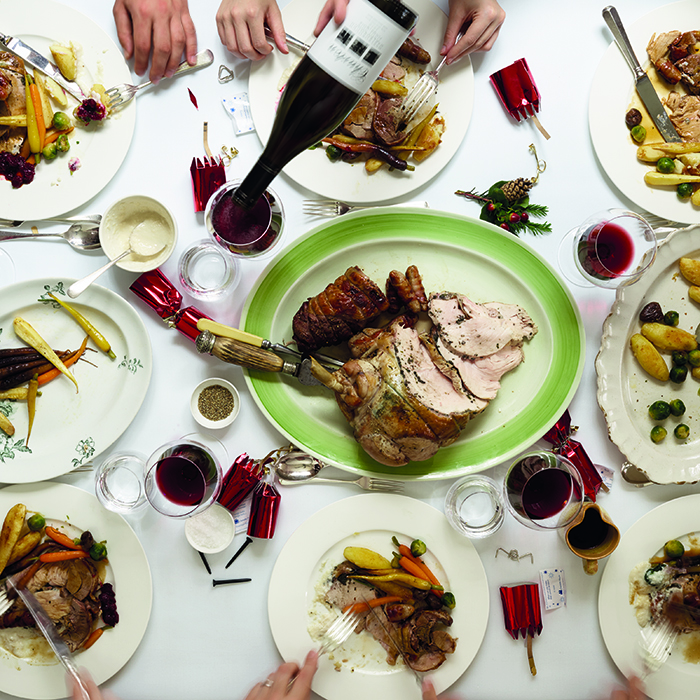 Like any cross-section of wine-lovers, Berry Bros. & Rudd employees possess an eclectic range of tastes. With that in mind, we asked five of our esteemed colleagues from across the business which two bottles they were particularly looking forward to uncorking this Christmas

Barbara Drew, Wine and Spirit Education Specialist, is normally found holding forth in our Wine School, sharing her passion for everything from Burgundy to whisky:

Domain Jean-Noël Gagnard’s wines tend to be made in a rich, oxidative style and I am particularly looking forward to uncorking a bottle of its delightfully nutty 2009 Chassagne-Montrachet, La Boudriotte, 1er Cru. The wines also age magnificently well and I’ve been resisting the temptation to open this up before now, as it will be the perfect accompaniment to turkey, stuffing and chestnuts.

This is also the time of year when I can really indulge my love of spirits. Although they keep once opened, it’s always more fun to share a whole bottle. Suntory’s Hibiki Japanese Harmony is a crowd-pleasingly fruity and slightly floral whisky that can be enjoyed by both die-hard aficionados and neophytes alike.

The inimitable Tom Cave is keeper of the Berry Bros. & Rudd House Reserves and Manager of our Cellar Plan; he is equally at home with a bottle of Beaujolais as mature vintage Claret:

Champagne’s all well and good, yet pre-lunch, a refreshing Riesling suits me better. Herr Prüm’s 2011 Riesling Kabinett is quite perfect now; it doesn’t need to be anything grander.

I’ve usually addressed the problem of what wine to have with turkey by selecting a firm and full-flavoured Northern Rhône, something with enough muscle to pep up the blandness of turkey meat and combat the melange of gravy, sprouts and bread sauce. This Christmas, however, the Cave party will number 31 and so, with an age spread of 15 to 88, and a parallel range of interest in wine, we’re plumping for an Imperial of “GOC”, which will look splendid in assorted decanters lined up along the sideboard.

By day, Emily Holden works in our Marketing department, but she spends an almost equal amount of time searching for the perfect food and wine pairing:

Mugnier’s 2008 Nuit-St Georges, Clos de la Maréchale was the first wine I ever bought en primeur. I split a case with a friend, so only had six bottles in the end. Two of them have already been uncorked, but another bottle or two on Christmas Day will be a special treat indeed.

I was given a magnum of 2005 Barolo, Le Vigne from Sandrone as a wedding present a few years ago and it has been making noises from the wine rack for the last few months. It was on a trip to Piedmont in 2009 that I first fell in love with Nebbiolo, and specifically Barolo – after a beautiful few days spent sampling the 2005 vintage (and eating lots of wonderful food). Now it’s my go-to “special occasion red”. For me it beats red Burgundy every time – but that’s very controversial.

Davy Zyw, the newest member of our Buying team, is in charge of our Italian range:

My family dinner usually revolves around turkey, but this year we are opting for côte de boeuf. I am very excited, as it means we can drink more reds during the meal The single vineyard of Brunate is known to be one of the best in the entire region, and the wines of 2011 are forward, generous and drinking well right now. Having tasted Marcarini’s 2011 Brunate recently, it is expressive, perfumed and utterly delicious – fine alongside beef but also while reflecting on a busy year in front of the fireplace. Its gold label also radiates some festive charm.

I am also very much looking forward to delicately pulling the cork on a 1987 Brunello di Montalcino from Castelli Martinozzi – which could be a little tired, or magnificent (I’ll let you know). This tiny estate is next door to Gaja and Soldera in Montalcino, and makes wine to rival each of its famous neighbours. The 1987 wasn’t known as the greatest of vintages but as I recently celebrated my 30th birthday, I want to see if the Sangiovese still has as much energy as I do.

Pol Roger’s delightful 2006 Rosé is now mature and has developed beyond the fresh red fruits with which it will have begun life in bottle. Caramelised and cooked berries combine with toast, custard and a softening petaline hue, which all adds up to make this a most indulgent pre-Christmas lunch tipple.

I’m firmly of the belief that you should match your Christmas wine with the trimmings and gravy, and not the meat – which means an aromatic, intense, characterful and rich wine is what I’ll be drinking with my lunch. Sam Harrop is a standout producer on Waiheke and his excellent Cedalion Syrah possesses all of the above characteristics, alongside a distinctly New World elegance and polish.

If you are still in need of the perfect bottle for 25th December, you have until 12 noon on Wednesday 20th December for guaranteed Christmas delivery. Browse our seasonal selection on bbr.com.

One Response to “What we’re drinking this Christmas”