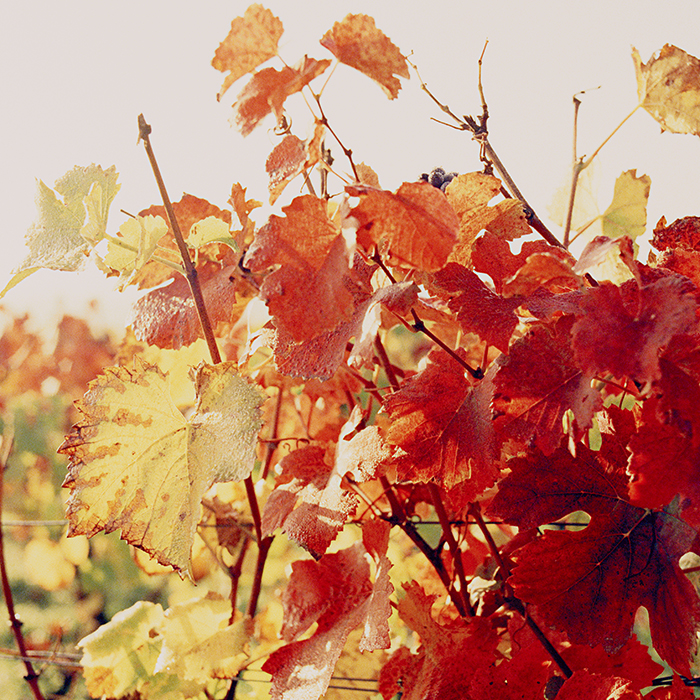 Following on from yesterday’s examination of mildew, today our Wine Director Mark Pardoe MW reflects on the fashion for whole-bunch

When it came to harvest time in 2016, I wonder how many producers in Burgundy pushed their hats back on their heads and shook their heads in weary disbelief. After the litany of the year’s adversities – frost, mildew, uneven ripening, drought stress and a late harvest – in the end 2016 delivered a perfect harvest of ripe, juicy small berries of Pinot Noir, with perfect skins and wonderful ripe tannins. On reflection, I suspect not many; the ups and downs of recent vintages have created a sense of Weltmüdigkeit among some Burgundian vignerons.

Fruit being harvested in such perfect condition brought another of Burgundy’s discussion points firmly centre stage: whether or not, or in what proportion, to use whole bunches (or whole-cluster, as it is also known) in the fermentation process.

Until the arrival of de-stemming machines (which remove the berries from the stems), the use of whole bunches was the norm. Until that time, the use of stems in the winemaking contributed strong tannins and more complex acidities to the final wine, but, in cooler years, these tannins and acidities could make the wine taste harsh and tart, at least until the wine had mellowed with age. Given that until the 1980s, warm years in Burgundy occurred only about three times a decade, there were a lot of these rather rustic wines made.

Enter Henri Jayer, who argued that the use of stems compromised Burgundy’s potential and that better wines could be made by concentrating on low yields and good sugar levels, using new oak to add some supporting tannic structure. Such was Henri’s reputation and stature that this became received wisdom and, by the 1990s, there were very few whole-bunch practitioners.

More recently, something has changed in Burgundy. Frédéric Mugnier observed that nowadays he finds he is able to regularly harvest really ripe grapes with good sugar levels, good phenolic ripeness (that’s the skins, pips and stalks) and good acidity, almost every year; so his wines present both a riper and fresher profile than before. He was unable to say why; perhaps climate change, or better vineyard health and husbandry but, whatever the reason, using whole bunches is now a valid option and very much under debate.

Having healthy and ripe fruit for whole-bunch removes the old danger of bitter and sharp wines, and the benefits of whole-bunch are silkier tannins and a fine line of freshness and energy. There are benefits to the fermentation process as well, but its use brings other challenges, in particular the overt and specific character that the process brings to the wines. Whole-bunch wines can have quite an exaggerated perfume, heady and very succulent, in part due to the intra-cellular fermentation that begins inside the berries before the yeast-induced alcoholic fermentation begins. These very strong perfumes can sometimes override the character of the vineyard, whose expression is one of the most alluring attractions of Burgundy. To me, it seems that lesser terroirs are often overwhelmed by the personality of whole-bunch and the wines, whilst delicious, lack the spine-tingling precision and crunch of fine red Burgundy.

But when the vineyard has sufficient fortitude to stand up to whole-bunch, then you can have something magical: sensual, creamy, velvety fruit entwined with dense, mineral and assertive flavours – the very essence of Burgundy.

If you want to experience the full effect of what whole-bunch is like, try the wines of Jean-Pierre Guyon. Jean-Pierre spends his entire life in his vineyards, tending his vines to ensure they produce the perfect fruit to allow him to use 100 percent whole-bunch. In the scheme of things, he would argue that he is a traditionalist, making wines like his forebears, but that title is now given to “de-stemmers” like Lafarge and Barthod, who would never dream of using whole-bunch.

There are now lots of producers in between, using a little or a lot of whole bunch, varying the proportions each vintage, depending on the style of the year, or just experimenting. And there is a third way: Jean-Nicolas Méo, of Méo-Camuzet and Henri Jayer’s protégé, although eschewing whole bunches as he dislikes the “confected” notes they bring, will, on occasion, add back the stems to the fermentation after the bunches have been destemmed, claiming the benefits of whole-bunch without the distractions.

The increased availability of ripe stems (whether or not they are attached to the grapes) to add different textures and perfumes to Pinot Noir means that the technique is certainly here to stay and the debate will continue. You will find wines from zero whole-bunch to 100 percent and all points in between in our selection from 2016, very often with an accompanying note in the brochure. It’s yet another level of Burgundian complexity to beguile and intrigue.