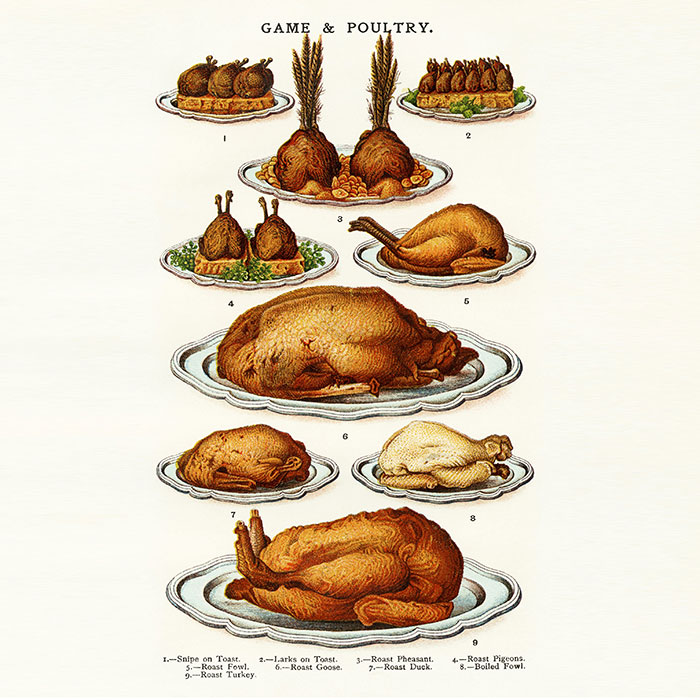 With Michaelmas just a week away, our Head Chef Stewart Turner provides the perfect goose recipe to celebrate the turning of the seasons, a rich roasted bird with an apple and blackberry jus.

We have been having Michaelmas dinners for about the past six years at Berry Bros. & Rudd. Cooking a goose to mark Michaelmas had all but fallen out of favour since its heyday but seems to be making a bit of a revival, with about 10 percent of British geese now being reared for the autumn instead of Christmas. Michaelmas celebrates St Michael and all the angels. Representing the beginning of autumn and the shortening of days, it falls on 29th September for most of the UK. There are anomalies though: it’s 4th October in Suffolk, and 11th October in Norfolk.

Known as the “green” goose, Michaelmas geese tend to be leaner than their Christmas cousins, because they are slaughtered earlier and have been fed on spring grass, while Christmas geese fatten up during the winter. In the past, the association between Michaelmas and goose was very similar to the association today between Christmas and turkey. Those who could afford to eat goose on St Michael’s Day did so, distinguishing it as a very special day in the yearly calendar of events.

Folklore in the British Isles suggests that Michaelmas day is the last day that blackberries can be picked. It is said that when St Michael expelled Lucifer, the devil, from heaven, he fell from the skies and landed in a prickly blackberry bush. Satan cursed the fruit, scorched them with his fiery breath, and stamped and spat on them, so that they would be unfit for eating. As such, it is considered ill-advised to eat them after 29th September.

Allow the goose to come up to room temperature before cooking (a couple of hours out of the fridge should suffice). Preheat the oven to 150˚C.

In a pestle and mortar, crush together a good pinch of coarse sea salt, a couple of twists of white pepper, one clove of garlic, the leaves from two thyme sprigs and one bay leaf. Rub the mixture into the flesh of the goose legs. Place the goose legs, skin-side up, in a roasting tin. Cover the tin tightly with foil and roast for 1.5 hours.

Heat the goose fat in a large flameproof casserole on a medium heat. Add the chopped bones and cook for five minutes, until lightly golden. Drain off any excess fat. Add the onion, carrot, celery and the remaining garlic, thyme, rosemary and bay. Continue to brown for five minutes, and then add the chopped apple. Brown for a further couple of minutes. Pour in the red wine and Port, then bring to the boil and simmer until the wine has reduced to about 100ml. Add the veal stock and bring to the boil. Skim and simmer until reduced by half or until a nice saucy consistency. Pass through a fine sieve into a clean pan and set aside.

Reduce oven to 150˚C. Continue to cook for 30 to 35 minutes, basting every 10 minutes with the goose fat that has rendered from the legs and crown. Cook until the breast reaches 55˚C. Remove the crown and legs from the oven and cover lightly with foil, then place in a warm place to rest for half an hour.

Pour off the excess fat from the roasting tin and deglaze with a splash of water. Bring to the boil and stir to lift the juices. Pass into the sauce, taste and adjust the seasoning if required.

Fork the meat from the goose legs and scatter on a warm serving platter. Carve the crown and place on top.

Pour any resting juices into the sauce and bring to the boil. Whisk in the diced butter, then mix in the diced apple and blackberries. Pour into a warmed gravy boat and serve alongside the goose.

And what to drink? Read this post by our Wine Club Manager on the wines that work best with goose.

2 Responses to “A Michaelmas goose”