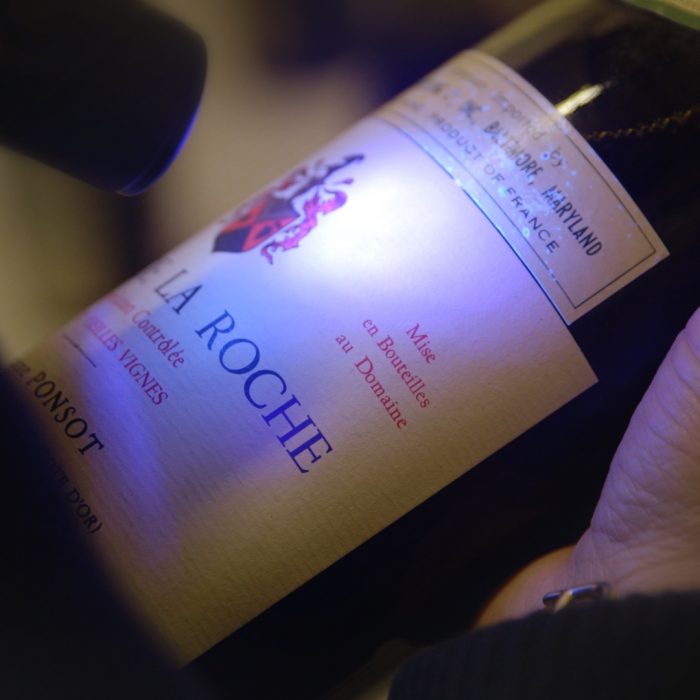 As Rudy Kurniawan serves out his sentence, Sophie Thorpe reports on the new film documenting his story, Sour Grapes – the spellbinding tale of a connoisseur turned conman.

Wine isn’t particularly sexy. Aside from the delicious way it makes you feel, it’s a nerd’s hobby – it’s basically geology, biology and chemistry. And a little bit of magic, or faith in terroir. Translating that into something people who haven’t memorised the 1855 Classification and the past century of Port declarations can enjoy isn’t done easily. Wine magazines remain, regrettably, niche. Add a little white collar crime, however, and you’ve got a hit.

As the industry eagerly awaits the film version of The Billionaire’s Vinegar (including Matthew McConaughey’s reported involvement), documentary-makers Reuben Atlas and Jerry Rothwell have zoomed in on Hardy Rodenstock’s “successor” of sorts: Rudy Kurniawan. The first American to be successfully charged with wine fraud, Rudy’s story isn’t just about him. Framed by the financial crisis and the US’s wealth gap, the story highlights the rise of an outsider, the quest of a vigneron for the truth, the suspicions of experts and investigators, and a wronged man’s search for redemption (not to mention a cameo role for Percy the dog),

For those of you who haven’t followed his story in the papers, Rudy Kurniawan was a young Indonesian who infiltrated America’s wine-drinking elite, becoming a huge player on the wine-auction scene and renowned for his remarkable cellar filled with the world’s rarest wines. His nickname became Dr Conti, because of his collection of DRC. Of course, it turns out that the wines weren’t quite as rare, or real, as people thought. In 2013 he was sentenced to 10 years in prison and ordered to pay $28.4m to the victims of his fraud.

The absolute beauty of Sour Grapes is the lack of, as Director Jerry Rothwell put it – “a voice of God narrator”, a faceless voice that would overtly influence the viewer, stating what could be deduced. While a wine lover might come away querying the role of the auction houses, stunned at the extent of Rudy’s operation and wondering who else was involved, many in the audience seemed to revel in Rudy’s cheek – applauding the youngster who had duped the stinking rich, seeing him as a Robin Hood-type character (although – of course – nothing was ever given to the poor).

The film elegantly captures the confusion and shock of those in Rudy’s inner circle; the disbelief that they have been duped, or even that their beloved Dr Conti was capable of such a thing. Not all characters are deemed worthy of our empathy though, with an odious financier David Fredston and “Hollywood” Jeff Levy portrayed as exceedingly wealthy and contemptible fools, spending as Maureen Downey – a wine authentication expert – puts it, their “f***-you money” on fine and rare wine.

It was clear that Rothwell and Atlas had struggled to find members of the industry who would co-operate. American auction house Acker Merrall & Condit’s role in the scandal hangs questionably in the air, John Kapon’s face and name burned into viewers’ minds, but a final blow never quite given. The funding behind the operation is a mystery, as are the names of others involved.

Between revealing footage of Rudy in 2002, just as he is believed to be starting to produce fake wines, and the interviews with the many characters involved in the scandal – both his friends, the defrauded and those who hunted Rudy down, the viewer is left unsure what the moral of this story is, uncertain of who the heroes and villains are, but with an exhilarating unease and curiosity to know more.

Much of the story about this “Gen-X Great Gatsby” (in FBI agent Jim Wynne’s words) remains unknown, but the mystique is much of the appeal. It may only scratch the grimy underbelly of the issue, but Atlas and Rothwell have made a riveting documentary that appeals to both the obsessive oenophile and those, as one member of the audience put it, drinking “plonk from Tesco”. Go and see it now, while it’s available on the big screen.