On the table: Evelyn’s Table 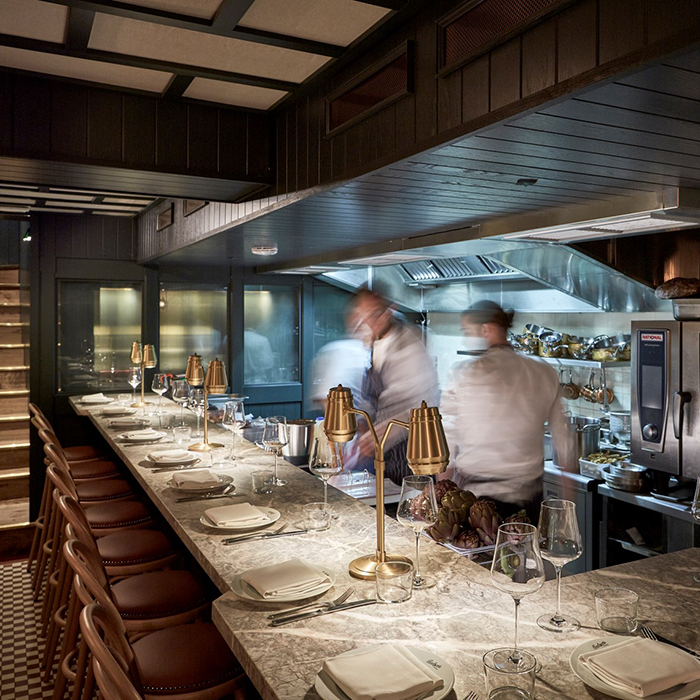 For the latest instalment in our series exploring London’s best eateries, Alexis Self visited Evelyn’s Table – slipping underground and back in time at an old-school Soho-boozer taken over by the team behind The Palomar

When you live in the same place for a long time, it’s hard to notice the gradual creep of change. When The End closed in 2009, it didn’t seem particularly auspicious, just another central London nightclub forced out of business by rising rents. But, 10 years later, the St Giles area’s transformation from raffish inner city quarter into sterile London junction replete with Renzo Piano building was complete.

At the other end of Shaftesbury Avenue is Rupert Street which, until about four years ago, was a grubby thoroughfare on the edge of Chinatown. Today, the street is home to two of the trendiest restaurants in London: Xu and The Palomar. The former is run by the brother and sister pair behind Bao, and the latter by Zoë and Layo Paskin, the two sibling entrepreneurs who used to run… The End. With The Palomar, the Paskins swapped techno and breakbeat for freekeh and beetroot; but the results were the same – queues around the block. When the 200-year-old pub two doors down from the restaurant, The Blue Posts, went up for sale last year, Zoë and Layo bought it. Thankfully, they decided to keep its name and natty blue paintjob, while gastronomically moving the goalposts, so to speak.

The ground floor is still a boozer – but with a slightly more esoteric beer selection – while the top floor has become The Mulwray and the old cellar is now Evelyn’s Table (the two names a nod to Polanski’s, rather than Piccadilly’s, Chinatown), an intimate 15-seater kitchen-and-counter restaurant. Descending steep stairs, you leave a noisy West End pub and end up in what feels like the kitchen of a submarine, albeit one with marmoreal surfaces and a nu-soul soundtrack. Three chefs, led by the towering Luke Robinson, marshal the pass.

Fish arrives fresh from Looe in Cornwall every day and is exhibited by Robinson – silvery-green mackerel and a juicy-looking bream – like prizes in an ’80s gameshow. We order two glasses of Albariño in anticipation; its peachy minerality perfect for the oncoming Cornish onslaught. The menu is split into three sections (antipasti, primi, secondi) and we’re advised to choose two to three dishes per person. There is a clear Anglo-Italian influence, certainly as far as the produce is concerned, but, unlike The Palomar, the dishes and the wine list are not cuisine-specific but rather a hotchpotch of what’s hot. 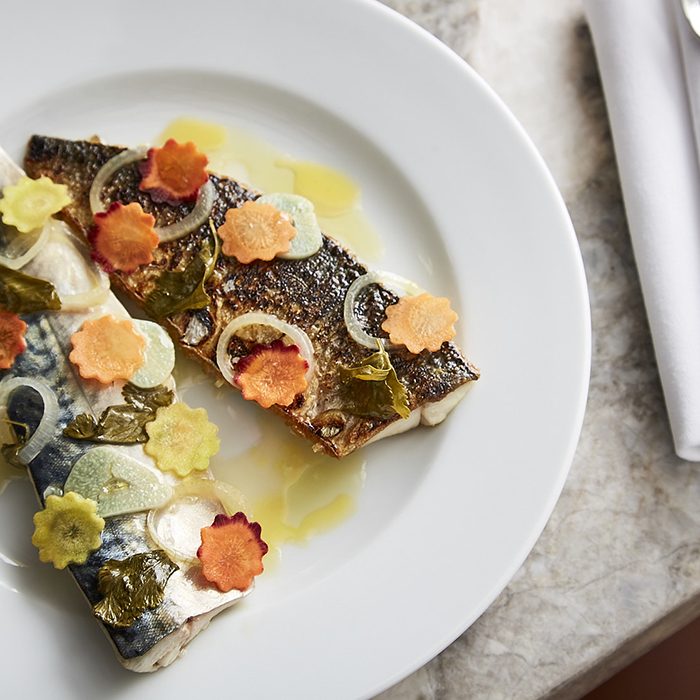 We dive in with cured monkfish and a “classic beef tartare”; the latter exactly as it should be – spicy, peppery and unctuous from its Italian hen’s egg topping. Next is tagliatelle threaded through with Scottish girolles, chilli and parmesan: salty, buttery and warm, it’s exquisite comfort food. Having swiped right on the earlier mackerel which, frankly, had been giving us both the eye, we request two glasses of a beautiful light-gold, herby Trebbiano from Umbria’s Antonelli. The mackerel returned to us escabeched, adorned with pink grapefruit, pine nuts and samphire – washing it down with the Trebbiano, I think I hear the distant sound of heavenly trumpets, but it’s actually D’Angelo. Baked hake is served with a cod beignet, homemade taramasalata and grilled hespi, engendering another ethereal voyage to the murky depths.

Earlier Luke had explained that a lot of the produce comes from places he’s lived or visited, selected to evoke specific memories. I nodded knowingly at the time but dismissed it as a tad mawkish. That was until I had my “basil sorbet moment”. Like Proust’s madeleine, one nibble was all it took to catapult me through time. The nose-tickling, floral, almost minty aroma was a precursor to the flavour of a thousand basil leaves which took me back to childhood holidays in Italy, small plastic plant pots perched on kitchen sinks and evenings spent at Pizza Express after school. This sorbet is food as psychoactive substance.

As I staggered to my feet, trying to avoid sensory overload, I lurched up the creaky stairs and back into the London light jibbering giddily to myself, the experience not unlike leaving a dark nightclub into the early morning. It’s easy to deride the transformation of the city’s pubs into trendy modern “eateries” when it’s done badly, but when someone pulls it off with as much style and aplomb as The Blue Posts, it can enhance a whole area. Transformation can, sometimes, be for the good. Annoyingly, I only got the chance to go The End once, I really hope I don’t make the same mistake with Evelyn’s Table.

One Response to “On the table: Evelyn’s Table”