On the table: Xu 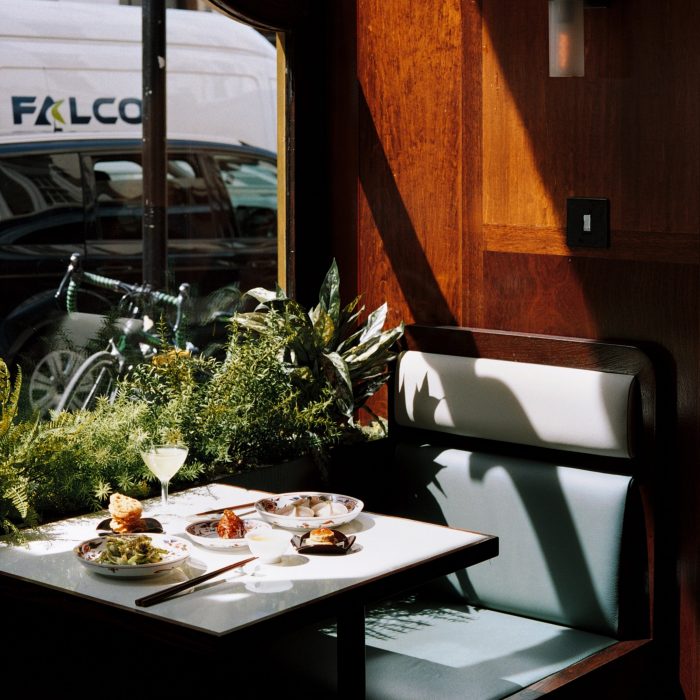 Continuing our efforts to explore London’s best eateries, this month we sent Alexis Self to Xu – a new restaurant from the team behind Bao who are single-handedly putting Taiwanese food on the city’s culinary map

On his seminal 1965 live album, Woody Allen tells a joke about being kicked out of NYU for cheating on his metaphysics exam – by “looking within the soul of the boy sitting next to me” – causing his distraught mother to lock herself in the bathroom and take “an overdose of mah-jong tiles”. When I was young, I listened to this album so much I almost grew glasses but, scared to accept I wasn’t quite as precocious as I thought, never asked what mah-jong tiles were. It was 15 years before I found out that mah-jong is an old Chinese game not unlike dominoes – and that the joke wasn’t one of Woody’s best. But today mah-jong seems to be quite en vogue, as does Taiwanese food.

The latter is almost exclusively thanks to Wai Ting Chung, her brother Shing Tat and his wife Erchen, who started Taiwanese street food mecca Bao; growing it from pop-up to established Soho player in a couple of years – its queue is now a Lexington Street landmark. With its bright white buns and minimalist interior, Bao has struck a chord with those who like their meals photogenic as well as tasty. Xu – pronounced “jus” not “sue” – can be seen as the trio’s more mature second album, still focusing on the rich variety of Taiwanese cuisine, but in a more formal setting. Named after Erchen’s grandfather, its green-lacquered walls, piles of exotic tealeaves and ceiling fans turning languidly overhead are a love-letter to 1930s Taipei. It’s also got a couple of ornately decorated mah-jong rooms downstairs that are available for private hire – and you can hear the click-clack of Woody’s mother’s favourite tiles while you attempt to overdose on the delicious food.

Xu has a cinematic aura and the effect of the space is heightened after half an hour spent on the Bakerloo Line. There’s nothing cinematic, however, about a queue, and it’s a relief to find out that Xu takes bookings. For those still wishing to indulge in a spot of queuedenfreude – an unusually satisfying pastime – from our window table we can see the growing line outside next-door Palomar while we sip our cocktails: a Lo Tsui Ke (white miso gin sour) and Tamshui (Champagne royale with butter and pear). The royale is as creamy and decadent as it sounds, while the sour is just the zesty perk I need to enliven the senses. The food menu, designed to look like a 1930s newspaper, is split between xiao tsi (bar snacks), mian shi (more substantial wheat-based starters) and mains – today’s breaking story: my mouth is watering. Our waitress, expert and attentive throughout, advises we try four or five of the smaller dishes and two mains. 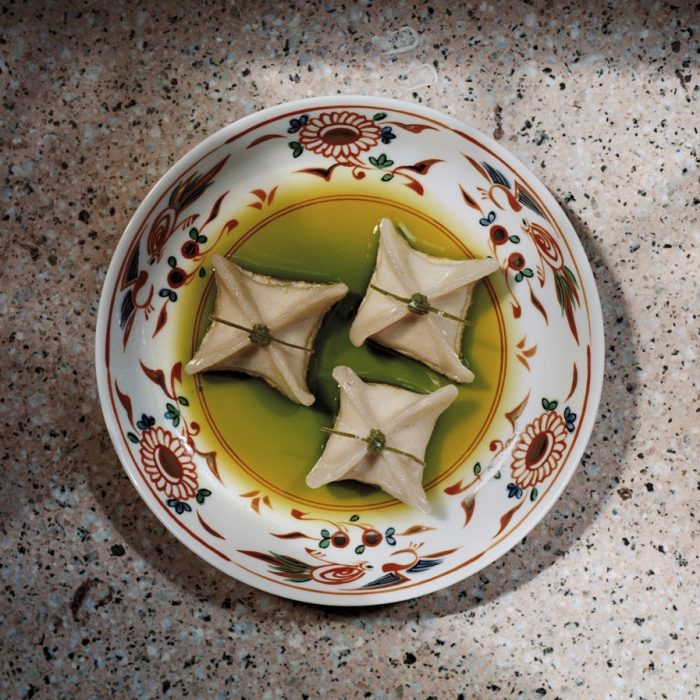 First up is the tomato and smoked eel, garnished with dry-braised, dehydrated daikon (basically a big radish): it is a riot of colours. The generous splashes of chilli oil are luminous red and give the eel an almost fluorescent hue, but the dish is light – the smokiness of the eel softening the sweetness of the tomato and spice of the chilli. As I begin to feel the first lick of heat, I reach for the wine menu. It being balmy out, and spicy in, I opt for Josef Ehmoser’s Von der Terrassen Grüner Veltliner – reliably food-friendly, crisp and dry with a citrus spike. After inhaling the smoked eel, we move on to the beef tendon – a kind of Taiwanese carpaccio, the meat sliced so thin it melts on the tongue, like bovine communion, and drizzled in coriander and garlic. Next come taro dumplings, stuffed with Taiwanese sausage and oozing verdant taro purée – delicious, squidgy treats and a welcome cooling relief. Our final starter, the “gold coin” – a small pancake spread with foie gras and Shaoxing wine jelly – has me wishing I was a slot machine being filled with hundreds of these glimmering things.

The mains are universally nutritious and delicious. A chilli egg drop crab comes in-shell, with a smattering of salmon roe and lashings of an almost bouillabaisse-esque spicy sauce – all rust-colour and deep fishy flavours. As soon as I saw char siu pork on the menu, I had to order it. Barbecue pork/crispy pork on rice is my weapon of choice whenever I eat at Wong Kei – the much-maligned “rudest restaurant in London” that glowers over Chinatown a few streets away from where we’re sitting. I have a real sadomasochistic soft spot for Wong Kei, having been verbally abused by its staff since I was in short trousers. But Xu’s iberico char siu pork, served on steamed leeks, makes theirs taste like back bacon. The pork is tender, almost falling apart, while the leeks provide the tartness and bite the meat lacks. But what about the rice? At Xu there are four options ranging from a life-giving bowl of the classic stuff to an oyster congee version, which comes with a jersey rock. We went for the lard onion – salty, oniony heaven.

For dessert, a sticky-toffeeish mai la orange cake with warm butterscotch and condensed milk is just the spongey treat required to ease the transition from 1930s Taipei back to 2017 Piccadilly. The team behind Bao certainly aren’t a one-hit wonder: Xu proves their potential to step beyond swift snacking to finer dining, taking Taiwanese food to the next level. Now I just have to learn how to play mah-jong…

One Response to “On the table: Xu”