Volcanoes and vines: on Etna’s wines 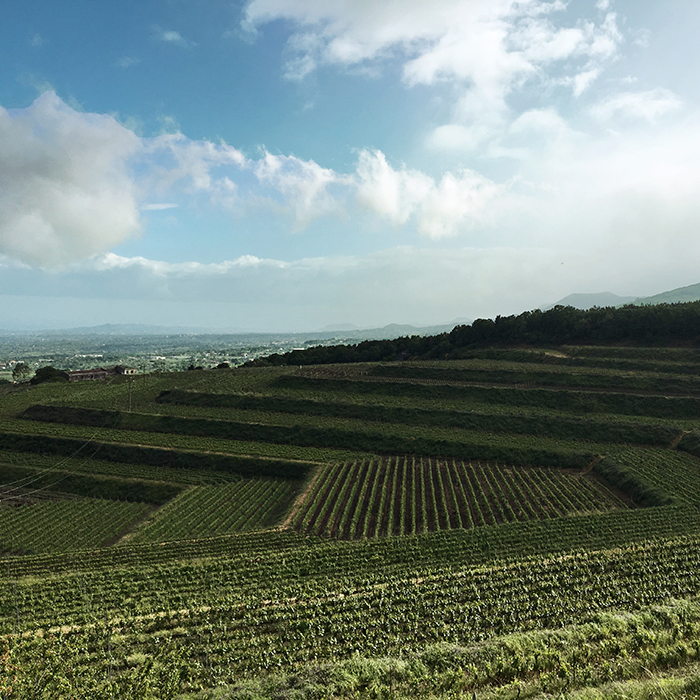 On the slopes of Mount Etna, plots of gnarly vines are perched in amongst lava flows, thriving in the volcano’s remarkable soils. Here Demetri Walters MW shares a little of what makes wines made in this extraordinary location so special

The history of the Mediterranean’s largest island reads like a roll-call of cultural invasions that has left its mark on everything from architecture to viticulture, food and wine: the classical Greeks, Romans, Byzantine Greeks, Arabs, Normans and Spanish – they all came here. So while Sicily is very much part of Italy, it also possesses an otherness. This is perhaps in part because it feels as if it had its heyday some 300 years ago and has been enjoying an economic snooze ever since. For much of the 20th century Sicily was synonymous with bulk wine-production, though, in recent years, the more famous wine regions have been enjoying a well-earned renaissance, bringing them vividly into our imaginations. Chief amongst these are the wines of Etna.

So what makes Mount Etna special for wine lovers? For all manner of reasons – including elevation, soil temperature, drainage and moisture retention, as well as the soil’s mineral content – volcanic wines are perceived as being unique. The palpable taste of what we often call freshness and minerality is evidenced in the most emphatic way in wines from these singular terroirs. Volcanos also have a way of dominating the landscape in which they sit; none more so than Etna, the largest active volcano in Europe.

The towering bulk of Etna occupies a good deal of north-eastern Sicily; so much so that it blocks the path of the Scirocco. This warm wind absorbs moisture from the Mediterranean before it unavoidably slams into the eastern flank of Etna. All notions of a parched mountain evaporate when you realise that this face of the massif receives up to two metres of rain a year, sometimes more and mostly in the autumn after the grapes have been harvested. Humidity breeds viticultural misfortune, but near constant breezes keep any vine disease at bay.

The associated landscape is verdant and slightly cooler than other vineyard sites on the mountain. Here, on Etna’s eastern side, the combination of high rainfall, lower mean temperature and a marked shift between daytime and night-time temperature works well, encouraging delicate aromatics and crisp acidity for those white grapes which are behind Etna Bianco; chiefly Carricante, frequently completed by Cataratto, Greco di Tufo, Minella Bianca, Inzolgia, Rucciniola, Malvasia and Visparola.

However, the prevailing climate here is less good at ripening red grapes. These do better in the slightly higher altitudes (often above 700 metres), drier and more sun-baked soils of the north and west of the mountain. From these areas come the Italianate bitter cherry, medium-weight, marked extract and textured tannins of the Etna Rosso blend. Chewy Nerello Mascalese is softened by the subtle and fruitier Nerello Cappuccio and Nerello Mantilato. An abundance of Etna Rosso styles exists, heavily influenced by the composition of vineyard soils and the proximity to the mist-shrouded caldera of Etna.

Yellow-flowered Ginestra runs riot on the abundant lava runs that divide up the vineyards. Many are recent flows. It is almost as if the Typhon, the Titan vanquished by Zeus, still resents his imprisonment beneath the mountain. His restlessness is often felt in the form of tremors and artillery-loud booms. Nevertheless, the vines and those that tend them thrive in this extreme but romantic environment. In short these delicious wines tell an ancient and colourful story that mirrors their remarkable upbringing. Try them. You won’t be disappointed.

Make it Davide Rosso’s Etna Bianco: When the Barolo-based Davide Rosso met the vivacious Etna local Alberto Graci at our annual Italian tasting a few years ago, the fine wine duo instantly became friends. Impressed by Alberto’s wines, Davide expressed interest in buying an old-vine, high-altitude estate on the lava-baked slopes of Etna and, with the help of Alberto, his dream became a reality.

This, the first release of Davide’s Etna Bianco, offers an expressive and attractive nose of green mango, ginger, lemon pith, with macchia herbs and white flowers. The palate is full and intense, pure citrus with fresh almond and camomile tea. Ripe-fruit charm is cut by intense minerality and volcanic salinity which draws the palate to a mouth-watering crescendo. Delicious now, this has a bright future; drink now to 2025.