On the table: Elystan Street 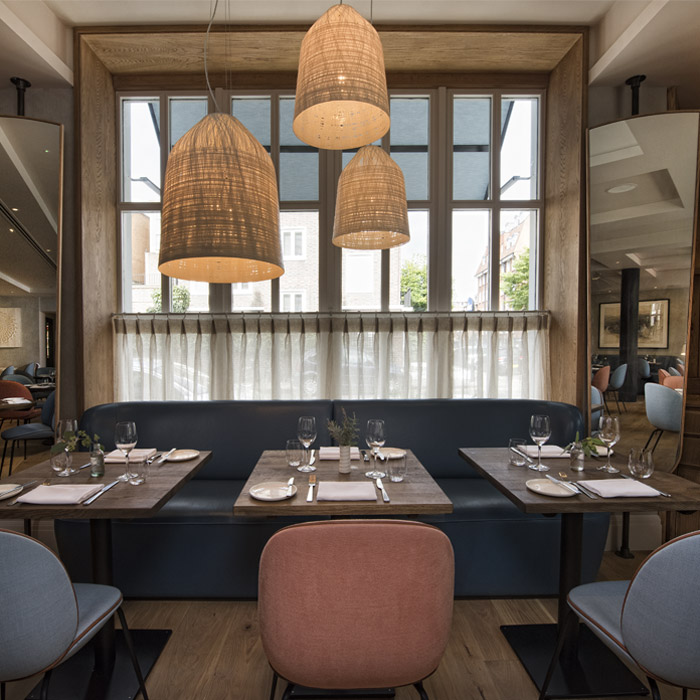 Philip Howard needs little introduction. The Square has been a staple of London’s fine-dining scene since it first opened in 1991. His new solo restaurant, Elystan Street, opened late last year: we sent Olivia Bodle (O) and Thomas Van de Pette (T) to see whether it lives up to the rave reviews

O: I have always been embarrassingly punctual; early is best, on time is merely acceptable. If I am running late, my knees quiver and my hands tremble, my eyes dart from my watch to those of strangers around me, desperate to confirm the correct time. As soon as I stepped through Elystan Street’s door (15 minutes early), I received a flurry of texts from Tom who was still at London Bridge, an “unidentified object” causing delays.

But, as soon as I was greeted by Alan, the charming half-South African head waiter, I felt completely at ease. He took the time to talk me through the wine list and menu and, after he noticed I was still waiting for Tom after a few minutes, brought over a newspaper which was a lovely touch.

I ordered a bottle of Tissot’s 2015 Patchwork Chardonnay: this small biodynamic producer from the Jura has been a victim of its own success, with demand far outstripping supply in London. I am a shameless lover of a blousy Chardonnay and this wine is clean yet rich, with honeysuckle finesse.

T: As soon as I (finally) arrived, we jumped into the menu. We both started with the burrata, elegantly paired with stone fruit and blanched almonds whose piquancy and texture complemented the richness of the creamy cheese.

This was followed with the duck for me, perfectly pink, just with trimmed crispy skin, it was served with a pistachio spring roll, beautifully turned turnips, and a life-altering cherry purée that had me weak at the knees. The kitchen rustled up an entirely original, vegetarian dish for Olivia: hand-cut strozzapreti pasta with morels and a hastily whipped-up pesto. It was so heavenly, and fortunately it will be making its way onto the official menu soon. 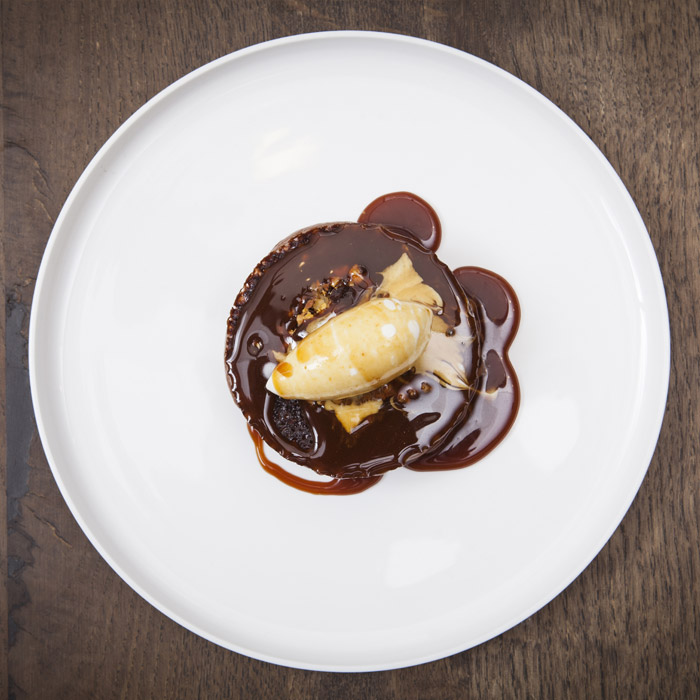 O: To match Tom’s duck we chose the exquisite 2012 St Joseph, L’Amarybelle from Yves Cuilleron. Made with 20 percent stems, the wine was peppery and fresh with a structure only an engineer (Cuilleron’s original vocation) could create. As we pondered the pudding menu, we chose the 2011 Ch. Rieussec, of which a half-bottle was hardly enough: the body, the perfume, the luscious texture! We were in raptures. Dried apricots and honey lingered on the palate longer than the bottle lasted.

The service at Elystan Street is, in a word, flawless; attentive with just the right level of humour and wit, we were won over by all the staff without exception. As for the food, we were presented with all the finesse and style of Phillip Howard’s cuisine from 20 years at The Square – but with the (perhaps unnecessary) frills removed, paring it back to truly exceptional cuisine that, as he said, people actually want to eat.

Elystan Street and Kitchen W8 (another Philip Howard restaurant) are offering Berry Bros. & Rudd customers free corkage from 4th July until 13th August; to take advantage of this offer, please quote your account number when booking, or show a receipt upon arrival. Please note that this offer is limited to one (75cl) bottle per head. Please email reservations@elystanstreet.com or david@kitchenw8.com to make your booking.