On the table: Plot 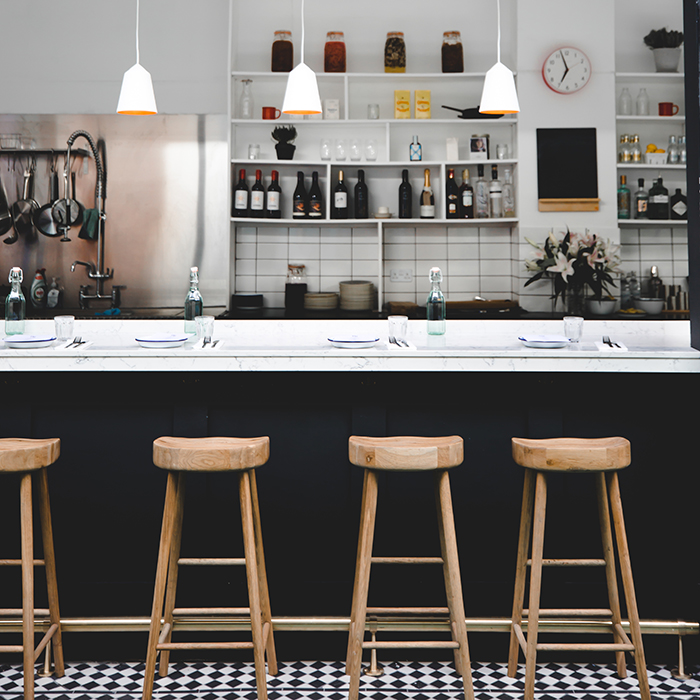 For this month’s review, we sent Sophie Thorpe down the Northern Line to Tooting, where a new restaurant serving seasonal small plates, Plot, perches in an unlikely location

It’s incongruous, finding Plot, a slim-line open kitchen serving British small plates, in the midst of Tooting’s Broadway Market. There is a serene warmth to the place, glowing on a Thursday night amongst an alleyway of bric-a-brac stalls just shutting up for the day. One set of bar stools edges its way along the kitchen, which isn’t dissimilar to those found in most London flats – impractical, you would have thought, in dimension. And yet…

This spot, seemingly silly in proportion, seating a mere 15, is brilliant. Created by two local lads, Mark Kimber and Harry Smith, Plot is designed to serve up the best of Britain – everything seasonal and locally sourced, doled out on trendy small plates, with a delectably concise menu. A cliché, one might think. Originality, however, is over-rated (especially when it comes overcooked and under-seasoned). Plus, how many others are setting up shop in Tooting? Take that for cutting edge.

I settled in with a glass of Hahn Chardonnay from Monterey and browsed the menu. For those with an appropriate appetite, it’s short enough that ordering everything between two is totally acceptable, eliminating the decision-making element and any possible dining envy. 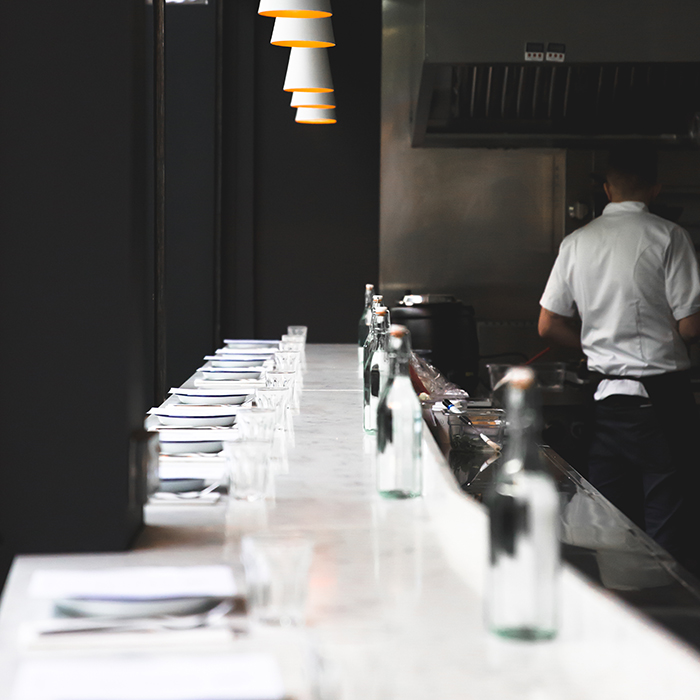 Neat little dishes tumbled out the kitchen, disappearing rapidly as we gobbled the goods. Simple spring greens with Spenwood and pine nuts had retained colour and crunch, the dose of salt countered by the sweetness of the nuts and smooth shavings of cheese. A slab of smoked ham hock and roast chicken terrine was chunky and textured, meaty and rich, served with some superb house piccalilli.

Norfolk horn lamb rump came with a soothing celeriac purée and hit of wild garlic. Sautéed new potatoes were lifted with soured cream and chives, warm, softly crushed and creamily comforting. The special was seared hanger steak with watercress, radish and blobs of truffled mayonnaise: almost crisp on the outside, the slithers of beef were reassuringly rare and supple; the truffle judiciously added, with the cool crunch of radish and pepper spice of the watercress. God, it was good.

To finish, a perfect lemon posset arrived with Earl Grey prunes and peppercorn shortbread. A classic, just ever so slightly twisted. The whole meal was so effortless, easy. Clearly the kitchen was busy, but every plate was presented with enthusiasm – a casual ceremony that said they cared.

Some will say Plot is another element in Tooting’s reluctant gentrification. They’re wrong. Plot is just an unlikely spot serving brilliant food at almost unbelievable prices; it just happens to be in Tooting. It’s a slither of London’s culinary scene that is well worth travelling for.

Sophie Thorpe was a guest of the restaurant.