On the table: Rochelle Canteen 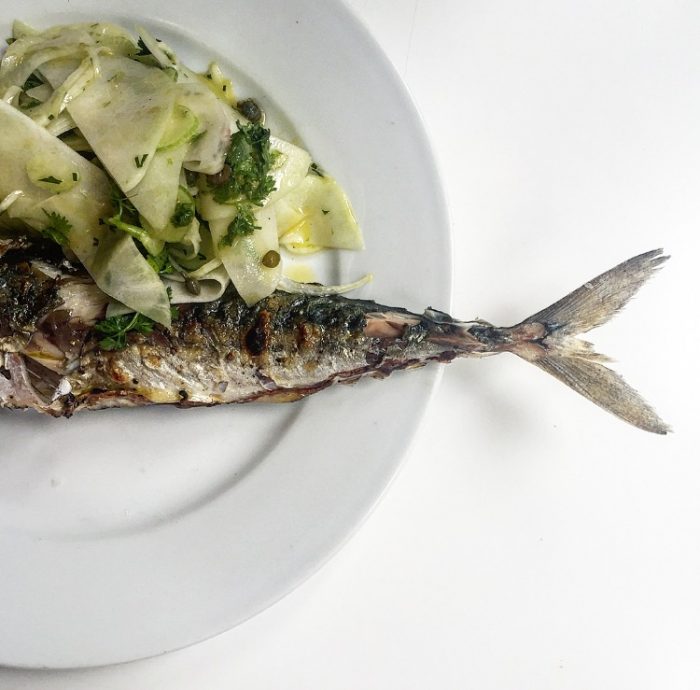 We’re always on the look-out for excellent BYO restaurants and, while Rochelle Canteen has been on our radar for a while, it has – until now – only been open for midweek lunches. We sent Sophie Thorpe to investigate its extended hours

A canteen – it doesn’t sound very… Berry Bros. & Rudd, does it? Luckily Rochelle Canteen’s name alludes not to self-service and trays of “slops”, but to its position within an old Victorian school. In fact, this corner of the school, just off Arnold Circus, used to be the bike shed, surely the location of many teenagers’ illicit activity over the years.

But, Shoreditch though it may be, ex-bike-shed or no, any place that offers a good bring-your-own deal tends to feature high on my restaurant wish-list. While last month’s feature on the delightfully wine-angled and white-table-clothed restaurant at Bonhams proved that there are establishments willing to offer corkage, it’s always useful to be able to pray on those lacking a licence. Clapham’s irresistible Counter Culture became a regular haunt for exactly that reason, and I can see Rochelle Canteen wooing me in the same way.

For years Rochelle Canteen has been eluding me, open only for midweek lunches – catering to Shoreditch’s casual freelancers and flexi-workers. But now, after years of wondering whether the rumours about this spot were true, nine-to-fivers have been granted access for evenings and even weekends.

Low-key this Canteen may be, but boy is the food good. Founded by Melanie Arnold and Margot Henderson (wife of nose-to-tail chef Fergus Henderson), Rochelle Canteen clearly shares some of its philosophy with St John; casual, comfortable, simple food and seasonal ingredients. It sounds easy, a little clichéd even, yet so many places miss the mark. Rochelle Canteen has been quietly going about its business for over a decade now, and you can see why it’s still keeping custom. 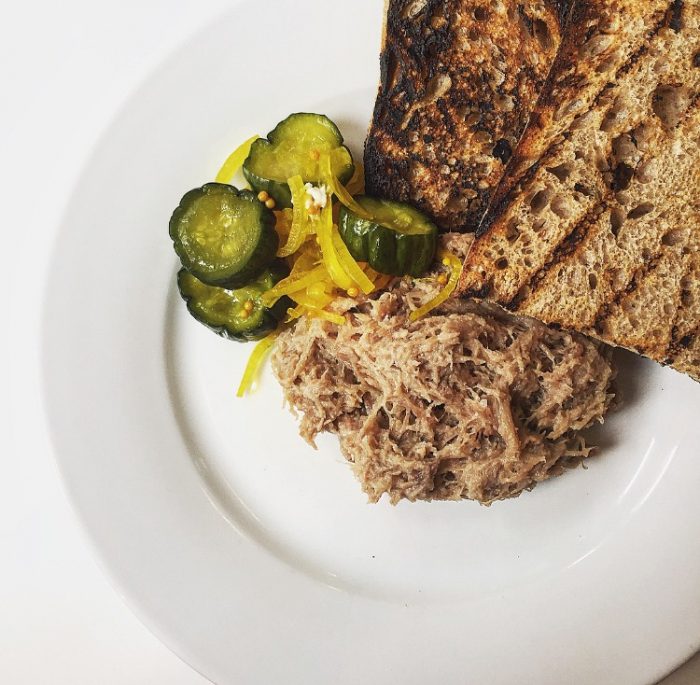 Duck rillettes melted away next to the crunch of wholemeal sourdough toast while pickled cucumbers pirouetted on the line between sweet and sour. Buxom Marinda tomatoes, bursting with juices and oven-roasted, countered the soothing, cool creaminess of goats’ curd. Barbecued mackerel sat alongside a salad of thinly shaved fennel and kohlrabi: pure, clean and elegant, perfectly suited to an early spring day. At the more indulgent end of the spectrum sat grilled onglet, white beans and grelots; seared slithers of beef were slathered in piquant gremolata, perched on a pile of meek beans.

And the puddings – while my heart cried for the trifle, my sensible stomach opted for a more measured option: tart rhubarb with bulbous meringue and thick double cream (undoubtedly one of my five a day…). Of course, I didn’t pass on the option of tasting ginger loaf, vanilla ice cream and butterscotch sauce, a dish that offered all the comfort of a school canteen with the class and quality worthy of the establishment.

But how did we take advantage of this licence-free lunch? Champagne to start, of course – the powerful yet poised Roses de Jeanne, Côte de Val Vilaine from Cédric Bouchard, followed by an exceptional bottle of 2003 Nuits-St Georges, Les Boudots from Nicolas Potel; a juicy voluptuous Pinot with a haunting nose, big enough to handle the food without losing its balance. With corkage of £8 for fizz and £6.50 for anything else, you can’t do much better elsewhere.

Rochelle Canteen isn’t perfect (the glassware being a little utilitarian for those vinously inclined), but it comes pretty close. This is scrumptious fuss-free food – the sort of thing that sings gloriously alongside most bottles, and for that I’m happy to handle the goblets. Rochelle is a canteen with true class.

5 Responses to “On the table: Rochelle Canteen”