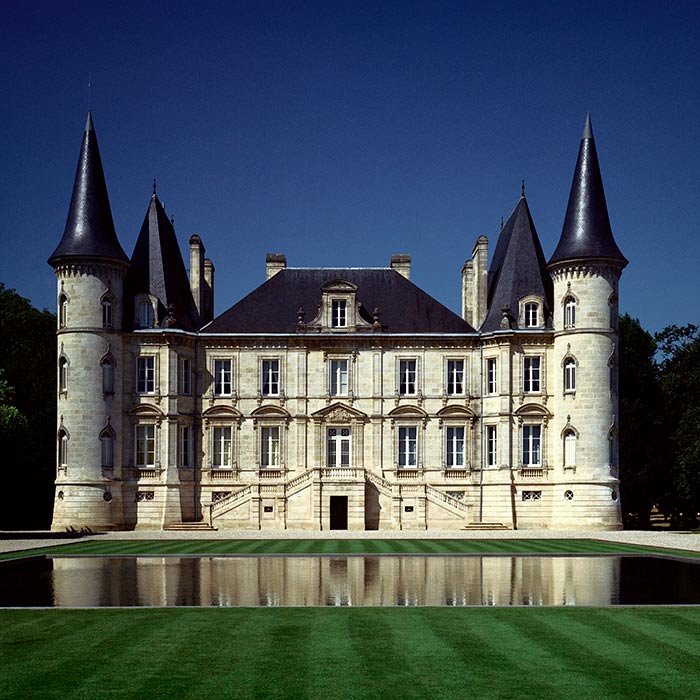 On the penultimate day of our team’s trip tasting Bordeaux 2016 en primeur, Will Lyons journeys along the fabled D2 through the Médoc, finding a Cabernet vintage that is uniquely terroir-driven

There are few roads that can lay claim to being the most exciting on the wine route. The Silverado trail in Napa perhaps, the Route des Grands Crus in Burgundy has a genuine claim, and you could even mention the Avenue de Champagne in the same breath, but the D2, which winds its way up the northern Médoc, is something special.

We left early, just after sunrise, cutting through the vines on the outskirts of Margaux to pick up the D2 just on the northern side of the commune. From here it’s a straight drive through agricultural land. The road doesn’t get interesting again until you hit the corner of St Julien and then boy does it pick up. Nicknamed by the British wine trade as the “thirsty corner”, from here you drive pass Ch. Beychevelle before passing Ch. Ducru-Beaucaillou standing majestically in the vines to your right, its terrace decorated with the fluttering flags of all nations. The road snakes on, past Ch. Léoville Barton before you hit the majesty of Léoville-Las Cases, Léoville Poyferré and then it is a clear run up to Pauillac past Latour, the two Pichons and into St Estèphe. For anyone with just a passing interest in wine, driving down this route can’t fail to quicken the pulse.

Tasting this year has been an absolute joy. The samples are quite simply some of the easiest we have tasted. The wines are hugely concentrated with ripe tannins but there is a purity of attractive fruit and, as a ribbon of acidity runs through nearly every wine, they feel fresh. By this stage of the week most tasters are feeling jaded but palates are in good shape. If I had to come up with a catch-all word to describe these wines I would say “drinkability”. They are drinkable and will appeal to those of us who like our wines slightly fresher.

As Jean-Michel Cazes of Ch. Lynch-Bages says, this is possibly the most unique vintage in his career. “In terms of colour, concentration and tannin I have never seen anything like it,” he said. “The acidity is good, which brings freshness.” He points to the Cabernet Sauvignon, which has performed well in the 2016 growing season.

Certainly the higher up the Médoc you taste, the more exciting the wines are. Basile Tesseron at Ch. Lafon-Rochet, to the north of St Estèphe, said he has never tasted Cabernet Sauvignon like this. “I grew up on the estate, I learned to walk in the cellar and ride a bike in the grounds. We think it is the best vintage in St Estèphe for 60 years.”

But let’s not get carried away: quality isn’t uniform. But the best wines are concentrated and not too blousy.

“This vintage has the ability to re-set Bordeaux,” says our Bordeaux Buyer Max Lalondrelle. “It is a return to the DNA of Bordeaux wine. You can taste the terroir, where they are from. It’s a very pure Cabernet Sauvignon vintage; the further north you go, the purer the Cabernet. If you had to describe to an outsider what Bordeaux tastes like, this vintage is the perfect representation of purity of the Cabernet. It’s pure but like crunching into fresh currants, it has this unbelievable freshness rather than power.” It is, in short, unique.

Read all our coverage of Bordeaux 2016 here.