From the inside: barrel to bottle 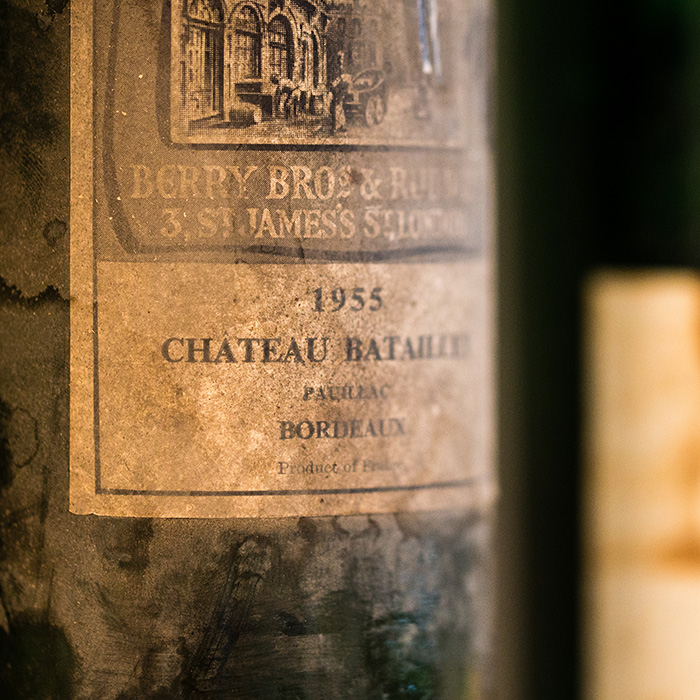 Originally published in the spring of 1971 in our Number Three magazine, this article considers the move toward château-bottling and away from shipping in cask, much to our initial horror.

Like other traditional wine merchants we have built our reputation by buying wines in cask and bottling them under our own label. Now it looks as if we may soon be able to get nothing but château-bottlings of the sixty or so Classed Growths of the Médoc – and may eventually even see the prestigious words mis en bouteilles au château appearing on the products of properties quite unknown to the average English wine drinker. In line with official policy in France more and more of the leading estates are refusing to ship in cask, and now a number of growers whose wines do not rank as Classed Growths are trying to follow suit.

To many of our readers this may be an unexpected turn of events because they probably took it for granted that the shipment of wine was becoming increasingly a matter of large containers and streamlined bottling plants. How does it happen, then, that more French growers want to sell their wine in a form that will certainly push up rather than reduce transport and handling costs and therefore inflate the price to the consumer?

One reason is the natural desire of the growers to ensure that, in a world where the distribution of wine is becoming highly commercialised, their products should reach the consumer in an authentic form. Then there is the effect of the Common Market, which encourages the grower to try to establish a Continent-wide “brand name” while removing certain customs duties that used to make wine in bottle more expensive to import into another country. From a wider standpoint, however, the insistence on château-bottling can be seen as part of the whole rather frenetic situation in Bordeaux – and to some extent also in Burgundy – where unprecedented world demand is creating a continuous sellers’ market and anyone with something reasonable to offer is beginning to think he should climb on the bandwagon.

Of course there is still often a large surplus in France and of more ordinary wines, but these are not what the Americans and the other high-bidding buyers want. They are after the well-known names of the Médoc and the Côte d’Or almost regardless of price. If the finest Clarets and Burgundies were something that could be turned out in ever-greater quantity to keep up with the demand it would be simply like selling more cars or television sets – good for the economy but not particularly inflationary. By their nature, however, top-quality wines can be produced only in strictly limited areas where the soil, situation and climate are just right. One cannot make more Ch. Margaux or Ch. Haut Brion simply by planting more vines. So the prices for the famous growths continue to shoot up and this is reflected in the attitude of the owners of lesser-known properties.

The grower’s motives for wanting to sell his wine only château-bottled are understandable. He is proud of his product and wants it to reach the consumer hundreds of miles away in the best possible condition. Many French merchants still have doubts as to how their wine will travel in cask to colder climates – and sceptical, especially nowadays, of what will be done with it at the other end. The only way to make sure their distant customers get Château X in its natural, authentic form, they argue, is to bottle it themselves. And once château-bottling has become the accepted practice of most well-known estates those that are still offering their wine in cask may begin to feel that they are losing face. Closely linked with this is the ambition to build up an individual reputation like the great châteaux. Many brands of pleasant but not outstanding wine have been successfully marketed in recent years – some as “second strings” by the famous estates themselves – so why should not M. Dupont have his wine asked for by name in the wine stores and supermarkets of the world? 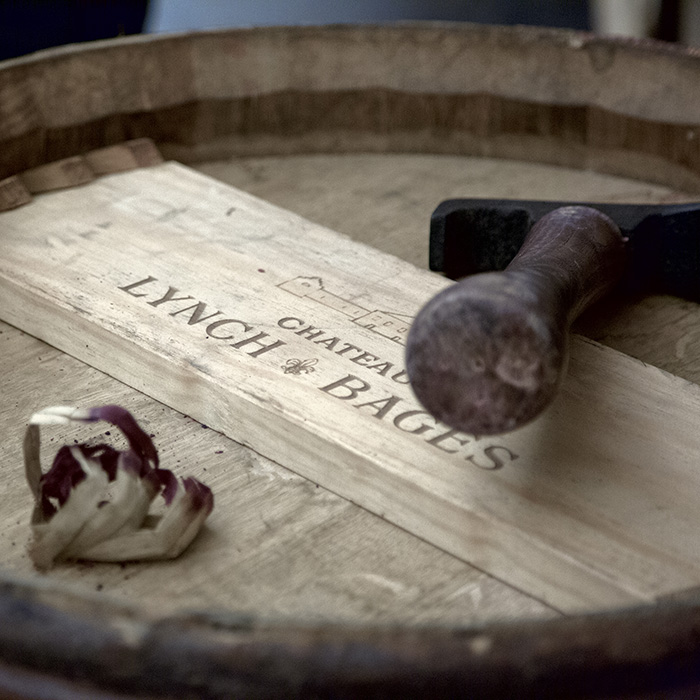 As we say, the reasons for the growing reluctance to ship in cask are understandable, but to us at any rate it would be a very sad, if not disastrous, day when we could no longer buy good wine for bottling in our own cellars. To our mind the cachet attached to château-bottling is exaggerated, because and experienced wine merchant in this country has just as much bottling “know-how” as any Bordeaux grower or shipper, and probably few people in Bordeaux would dispute this. In fact, in some respects the facilities for bottling to a proper programme and in ideal conditions are better here than in France, where proprietors tend to fit in the job as and when they can, since it must come second to their main task of tending the vineyards and making the wine. It is largely for commercial reasons that the leading estates have for many years now insisted on château-bottling only, although it may not be generally realised that it was possible to buy Ch. Latour in cask up to 1924 and Ch. Margaux up to 1949.

Our basic objection to having to buy wine château-bottled from those who have hitherto been quite ready to let us have it in cask is that it undermines our ability to serve our customers. We and our predecessors at Number Three have, after all, been bottling and selling wine for a good deal longer than many of the present Bordeaux properties have been in existence, and we have stayed in business because our customers trusted us to choose the best wines of each vintage and offer them at a fair price. Château-bottling may ensure “authenticity” but it is not necessarily a guarantee of quality or value for money – and would be even less so if it became the general practice in France. In a good year quality might go with authenticity – but what about a disappointing year? Will the grower be content to sell his less successful wine under some general appellation at a lower price, or will he be tempted to bottle it himself and rely on his past reputation to fetch the higher price? The danger is that if the public becomes conditioned to think that Château X is always “a good wine” some merchants might be obliged to stock it whatever they really thought of a particular vintage. Whereas at present our customers know that anything bottled under the B.B. & R. label, irrespective of the district or the year, is on our list because we have confidence in it.

This situation is to some extent analogous to the complicated arguments about appellation contrôlée laws, which the French will certainly want to see extended to this country if we go into the E.E.C. A British merchant can still legally buy a wine without appellation and sell it under the name of a certain district as long as he is confident that this is the source. This enables him to offer good and genuine Beaujolais, for example, at a very competitive price. Constricted by the French A.C. regulations and compelled increasingly to take French bottlings under the growers’ labels, he would be deprived of much of the freedom of choice on which his relationship with his customers has been built – indeed, he would have to struggle hard not to be reduced simply to the position of a distributor of “branded” goods.

Meanwhile we ourselves hope to persuade at any rate some of our friends in France to be a little more flexible in view of their long-standing connections with the wine trade in this country. And happily, whatever the outcome, we feel sure that for some time to come we shall continue to buy good bourgeois Clarets and comparable Burgundies to bottle ourselves. We may even succeed in convincing some of the French growers that with château-bottling becoming so common the real cachet is to have our name on the bottle.

4 Responses to “From the inside: barrel to bottle”