Number Three – a publication past 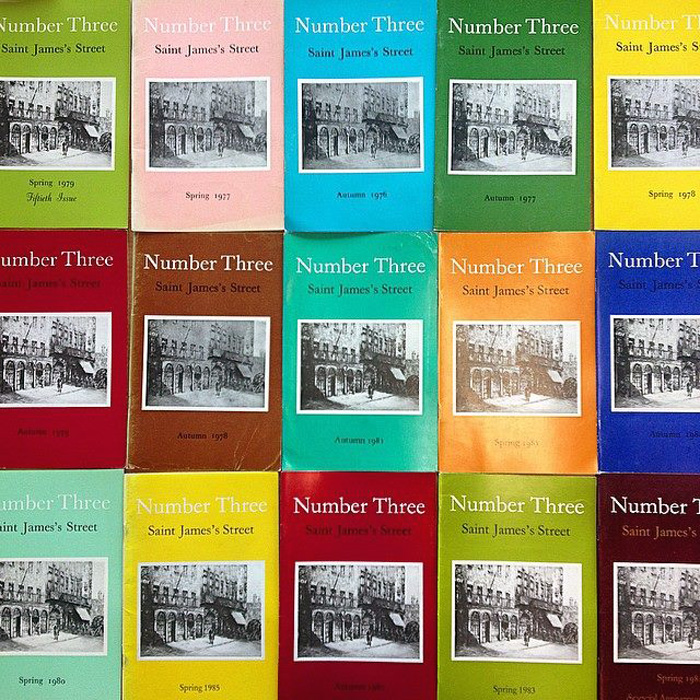 Our Chairman Simon Berry examines the origins of an extraordinary in-house publication, the Number Three magazine, whose articles today offer a portal to the wine trade of the past.

Had he not joined the wine trade, I suspect my father Anthony Berry might have been a publisher. There was a possibility – as a younger son, with the family business having strict rules favouring primogeniture, he was encouraged by his father to consider other options. One of my grandfather’s great friends was Sir Edwin Lutyens, and in a classic piece of what the psychologists call ‘projection’, an architect’s desk was purchased in order to encourage my father (then aged no more than eight or nine) to follow in the footsteps of the designer of the Cenotaph and New Delhi. The desk still stands in the shop in St James’s Street – no building, great or humble, was ever designed on it. My father, in a classic piece of what the psychologists call ‘individuation’, decided to pursue the route apparently denied to him, and joined the wine trade in any case.

But if not an architect (and he would have made a terrible architect) then, perhaps, a publisher. He loved books, and authors, and actually wrote well himself. He was a natural editor, though, and instinctively knew what people wanted to read. His chance came in 1954, when he met Herbert Hunter.

Hunter was a pioneer in producing ‘in-house magazines’. I have no idea how they met – possibly through cricket, which was a shared love – but by 1954 Hunter had persuaded my father that Berry Bros. & Rudd needed a magazine to distribute to its growing number of customers. Post-war wine restrictions were beginning to be lifted, post-war vintages were beginning to become available, and there was no longer the need to ration customers as there had been for the past 15 years. In this climate ‘Number Three’ magazine was born.

The new magazine marked a new beginning. My father was 39 in 1954, John Rudd 11 years younger. They were the young Turks of the wine trade, taking over from a previous generation who had either died during the war or whose health had been wrecked by the strain of it. The introduction paid tribute to these tyros: ‘They are young enough to be full of enterprise and old enough to be past graduates in wine wisdom.’

Despite its appearance (to modern eyes it is closer to a parish magazine than a ‘glossy’), Number Three was a pioneer in many ways. André Simon’s ‘Food and Wine Magazine’ had been available, through a closed subscription, for 20 years, but this was the first magazine dedicated entirely to wine – 10 years before another wine merchant, the long-lost Peter Dominic, came up with their version: ‘Wine Mine’, and fully 20 to 25 years before Decanter, Wine Spectator or Robert Parker’s Wine Advocate.

Our Price List was then, as it is now, a simple affair, without long descriptions of tastes, pretty pictures of producers, lists of grape varieties or vintages. The ‘laundry list’ (as Edmund Penning-Rowsell was to dub it) gloried in being a simple ‘list of wines and their prices’ – small enough to fit inside a gentleman’s waistcoat pocket (so sure we were of our audience!). The magazine was a supplement to the simple list. It was also an antidote to our physical appearance – then, as now, old-fashioned and perhaps even off-putting. The opening paragraph spoke of the magazine helping the firm become ‘better known to our customers, taking them beyond the somewhat sombre view of our shop… and showing them that the atmosphere inside Number Three is very far from forbidding.’ 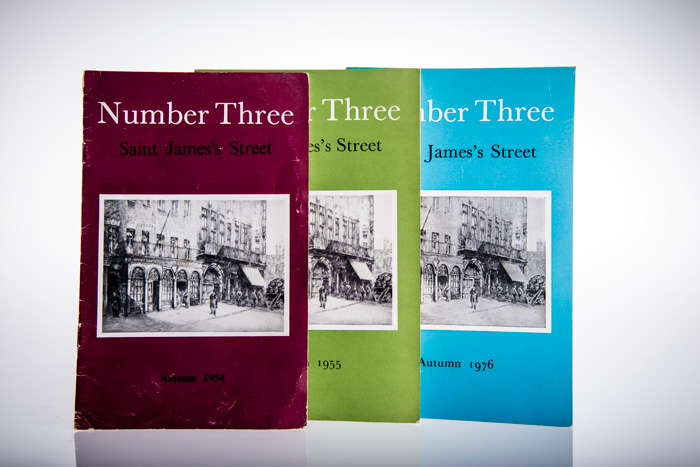 The pattern was established from the beginning. A page or two of editorial, an article highlighting a particular wine region (the first edition featured Sherry), and the odd paragraph highlighting a service (‘Free Delivery of Country Orders’ – ‘…we have been able to obviate any extra charge … by packing consignments in free, non-returnable fibreboard cases’).

Conscious of our history, we initiated a series entitled ‘They Came to Number Three’, featuring a customer who had, invariably, been weighed on our famous scales. The first subject was Beau Brummell – the subject of a recent film starring Stewart Grainger and Elizabeth Taylor, as we illustrated in glorious black and white.

There was also the beginning of a series under the heading ‘The Storage and Serving of Wine’ – and, almost apologetically on the last page of the publication, a half-hearted, discreet attempt to sell a few bottles. We listed three red Burgundies ranging from eight shillings a bottle to 18, three ‘outstanding white wines’ including 1950 Le Montrachet, Marquis de Laguiche (28 shillings a bottle) and 1920 Ch. Yquem (45 shillings – just over £2! – a bottle), and a new Sherry, named ‘Number Three’ to honour the magazine.

For over 40 years the Magazine was published twice a year, and changed little – its cover page not at all, apart from slightly less sombre colours towards the end. I took over editing it in 1986 – four years after my father had officially retired. I introduced colour photographs, a wonderful series written by my father called ‘Then & Now’ which compared the modern wine trade with that of his youth, and even a bit more commerciality – sometimes listing as many as 35 wines in a single issue! However perhaps that was the magazine’s downfall. The bean counters began to measure the cost of production against the sales volumes, and failed (as so often!) to measure the intangible benefits. By 1992 Number Three had become an annual publication, and four years later it had ceased to exist in any recognisable form at all.

By the mid-1990s, of course, the world was a very different place – even the conservative world of St James’s was moving with the times. Our price lists had changed in 1988, and now contained information on vintages, vineyards, and vignerons – and even boasted maps. In late 1994 we launched our first website, and suddenly the world had access to an encyclopaedia of wine information created by us. The 24 page ‘parish magazine’ was really a thing of the past.

Nevertheless, we had, over the course of 42 years, amassed some 78 editions, and almost 400 articles and snippets of information, and recommended over 1500 wines. Some of its contents are timeless (eg advice on decanting wine), some now seem jarringly old fashioned. In 1955, for example, we recommended a new invention thus:

‘All cases which we send to the country have to be securely strapped both to avoid pilferage and to satisfy our insurance brokers. We know that many of our customers have difficulty in breaking the steel bands, and in order to help them we have produced a very simple and effective tool which we are sorry to say is known as a ‘Destrapper’….’

Our blog (a word as unrecognisable 60 years ago as ‘Destrapper’ is today) is going to celebrate these years by re-publishing some of the articles from ‘Number Three’ magazine. We hope you find them fascinating and enjoyable.

2 Responses to “Number Three – a publication past”