On the table: Blandford Comptoir 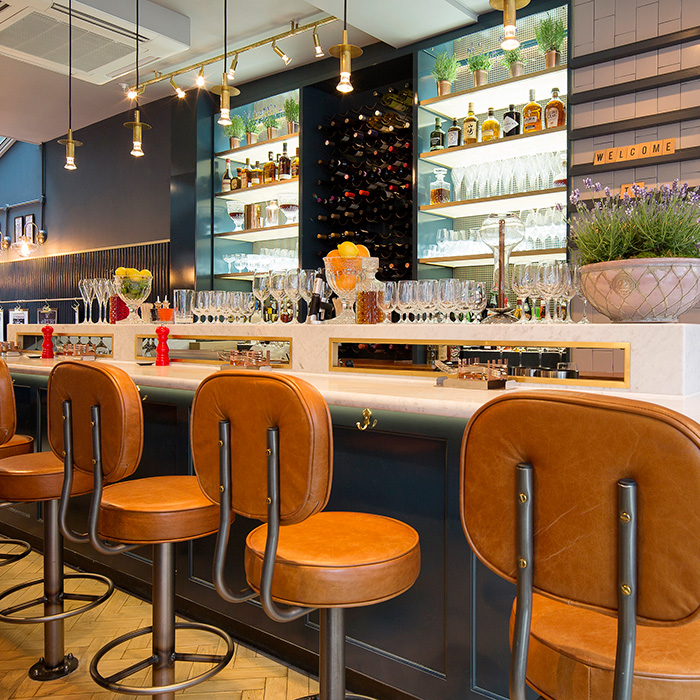 It would be pushing it to say, as has been suggested, that the opening of a single hotel had a ripple effect big enough to change the restaurant landscape in one part of London. Because when renowned hotelier André Balazs – he of The Standard High Line hotel in New York, and other luxury hangouts – decided to convert Marylebone’s former Chiltern fire station into a hotel and restaurant and open it in 2014, he did so knowing it was a foodie hub that had the potential to get, well, foodier.

The area was already home to some of London’s classiest dining rooms: Peter Gordon’s fusion fixture, The Providores, the Sethi family’s Michelin-starrred Indian restaurant, Trishna, on that same Blandford Street another Michelin-starred French stop-off, L’Autre Pied, and nearby an upmarket Ginger Pig butcher and a branch of the smart café-grocer, Daylesford Organic.

But after Balazs had worked his magic, and in so doing attracted the likes of Yoko Ono, Stella McCartney, Lindsay Lohan, Kylie and even David Cameron to turn up to sample food from its chef, Nuno Mendes, you could certainly argue that he had turned up the volume somewhat.

For as the paparazzi stood snapping outside Chiltern’s doors, other restaurateurs got the bits between their teeth and began to follow suit. Now, a short walk here from Bond Street tube takes you past Jason Atherton’s elegant Spanish wine bar and restaurant, Social Wine & Tapas, on James Street, then left toward Blandford Street and the rotating pop-up restaurant hub, Carousel London. Head on a little further, and bear left onto Seymour Place, where there is enough food to keep you sated for a week: The Lockhart serving Deep Southern classics, the Vinoteca wine bar, Donostia and opposite it its glorious Basque Country sister, Lurra, which itself is next to a great Italian newcomer, Bernardi’s. From here, if you were to continue to Portman Square, you could drop in for cosy cockails at the West London outpost of The Zetter Townhouse, for pasta at Locanda Locatelli, or to the Scandinavian dining room, Texture, both with a Michelin star. 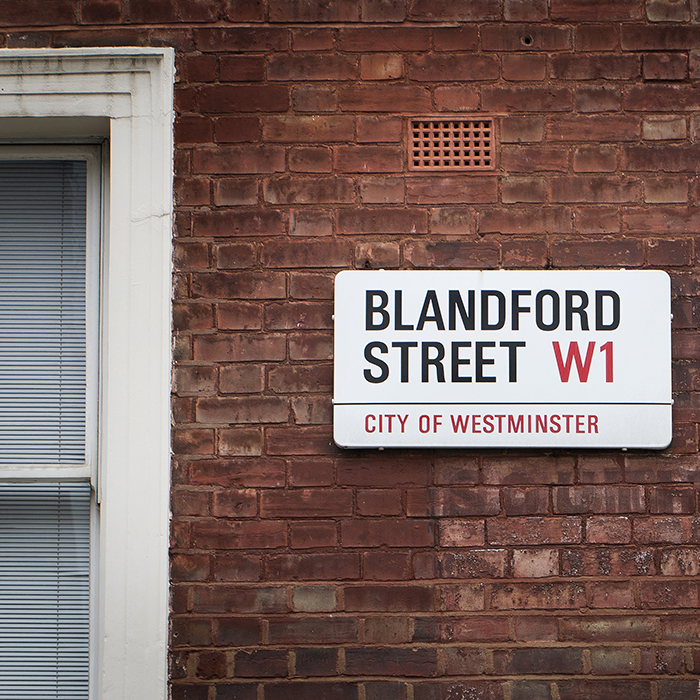 Essentially Marylebone’s residents are spoiled rotten with choice. That newcomer Blandford Comptoir opened a few months ago in this environment shows its owner is aiming high. Indeed, the sommelier-owner Xavier Rousset has a good pedigree, having also co-started Texture, and the 28-50 “wine workshops and kitchens”.

It is designed to be a restaurant hooked around a good Mediterranean menu, a 250-strong wine list (which Rousset says should be “ever-evolving” depending on what the community wants from it) and weekly wine tastings. It has a glossy dining room, featuring plenty of cut glass, gold cutlery and menu holders, and brightly coloured leather seats – all reminiscent of Cafe Murano combined with something Atherton might have commissioned.

On a Thursday lunchtime it is filled with ladies lunching, business people meeting, and a large party celebrating sedately. The standard of food is high, with startling raw fish dishes such as sea bream cured with rosemary and orange, with basil pulsing gently through it, and creamy burrata drizzled with just enough good, thick balsamic vinegar so as not to overwhelm it. Other mains include scallops with crème fraîche and peas, and octopus and pickled fennel, with desserts such as lemon tart.

Blandford Comptoir is a classy little restaurant. The service is swift. It is elegant. It’s full of people. Is it original enough to stand up against the Marylebone heavyweights? Only time will tell.