On the table: Lurra 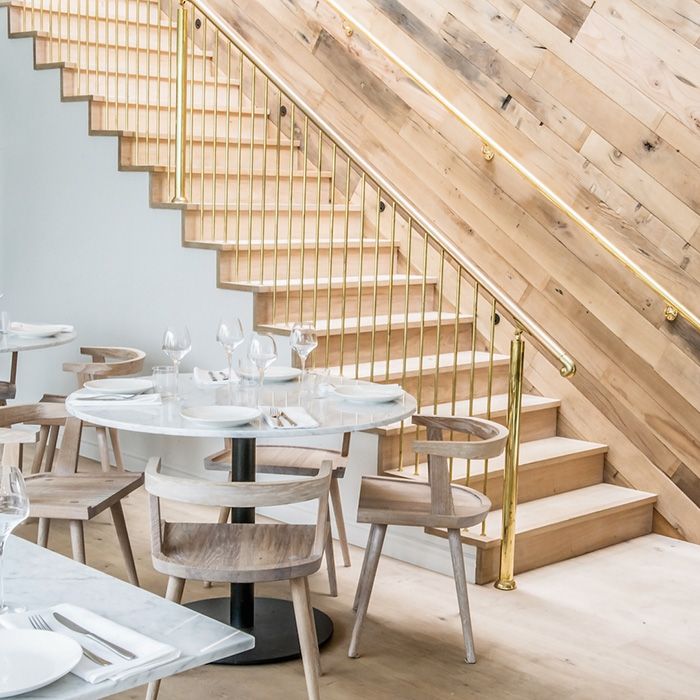 With the constant flurry of new openings, it can be hard to make it back to restaurants past. This month food writer Victoria Stewart seeks the value of second helpings, returning to Marylebone’s Lurra.

Twenty-sixteen, I’ve decided, is to be my year of repeat restaurant visits. Regular London restaurant-goers (myself included) are all so preoccupied with the trendy, the often-tweeted, and the most talked-about, that while they might enjoy a place, they then scamper onto the next without giving a second thought to that initial flirtation.

In recent months I’ve done well at this, albeit at only newish places – two visits to Gunpowder in Shoreditch, two – soon to be three – lunches at The Newman Arms in Fitzrovia, three to Social Wine & Tapas and, just now, an additional attempt at Lurra on Marylebone’s Seymour Place.

This dining room, if you haven’t already heard it squawked about on the various social media channels, is opposite the owners’ first restaurant Donostia and it is surely one of this city’s most stylish. The cuisine is Basque-esque, an idea spawned from the various adventures enjoyed there by its young co-owners Melody Adams and Nemanja Borjanovic after they left their City jobs, and its name is that area’s lingo for ‘land’. Thus Lurra’s succinct menu is centred around fine, simple ingredients. One speciality here, for example, is Galicean beef – they are importers of this and wine – some of which hangs inside a fridge near the kitchen, while walnuts – from Poland this month – sit inside nearby hessian sacks.

One bright Tuesday I meet an editor for lunch and it is one-third full of smart suits, presumably up from Mayfair. By 2pm the number has tripled, but they’re rather a good match for the room. Thanks to Adams’s eye for elegance, white marble table tops, soft grey leather banquettes and velvet bar stools, white shelves housing cookbooks and other trinkets and huge glass windows all contribute to a feeling of being inside a sophisticated conservatory of sorts. Lurra is one of those rare places in which most of the seats could be considered good, but undoubtedly the best are those at the back – where we are – for optimal room inspection, at the kitchen bar, or, come summer, anywhere on the terrace. 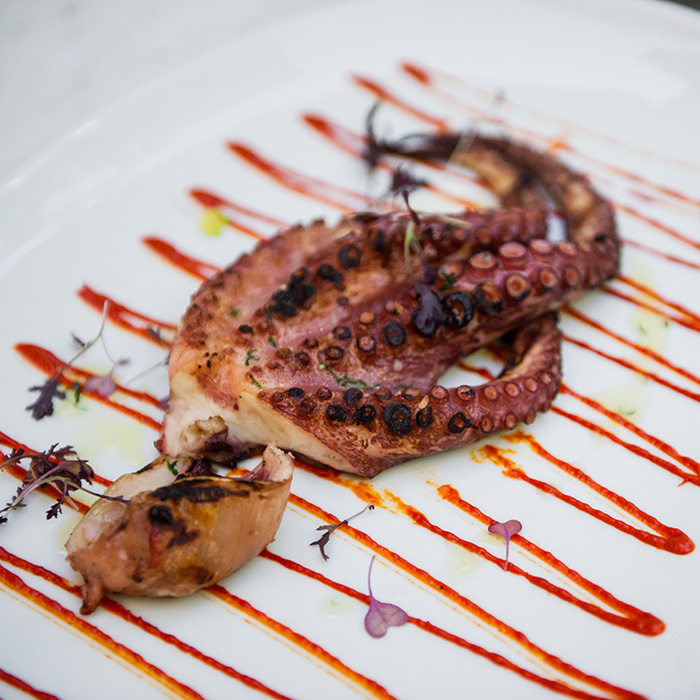 The menu seems much unchanged from when I first visited within the opening weeks in late summer 2015 – which is lucky, because I’ve been craving second helpings. Spoonfuls of sludgy, gelatinous bone marrow go well on sourdough that has properly crunchy, twig-coloured crusts, and the famous hake koktxas pil-pil (which are the fish’s cheeks, and the most delicate and special part) are quick, light mouthfuls picked up by a sauce with dill and pepper. A courgette flower, crammed with salted poached cod, or cod brandada, has a good chewy batter casing and is properly seasoned. Neighbouring plates of beef look luscious but, not being in the mood for heavy meat, we instead pierce great chunks of octopus which slither around on red zigzags of piquillo sauce. The chorizo-stuffed squid – I mean really properly stuffed in this case – is still here and as rewarding as before. Chips, red from a good paprika dusting, are some of the loveliest in town, and a bowl of grilled red peppers far fruitier and more succulent than any jarred equivalent.

Then at last it’s time for a second round of walnut ice cream, creamy and without bitterness, and I find myself wondering: if I were to come back a third time simply for this and the chorizo squid, would it count as a repeat? I do hope so.