Warehouse wine for the weekend 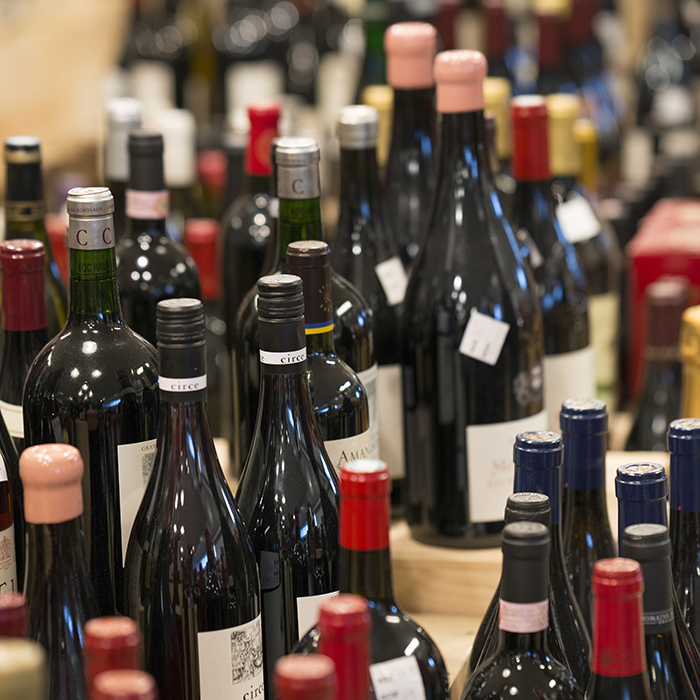 If the long end to winter is getting you down, let Wine Advisor Becky Austin from our Warehouse Shop in Basingstoke lighten the mood, as she enthuses over three exciting recommendations of what to be drinking now

If you’re anything like my boyfriend and I, you’ve had enough of walks in your wellies, film nights by the fire and even, dare I say it, King’s Ginger. Perhaps it’s the warmth from our hot water bottle, or (much more likely) Eugenia Kim’s latest serving of fun and frivolous sun hats that leads to a requirement for something equally fun and frivolous in our wine glasses. If it’s the classics or stating the obvious you’re after, I’m afraid you’ll have to look elsewhere. I’m sure there are some excellent recommendations on this very blog. That being said, if you’re in the market for something a little less suspect, here are a few select choices that if nothing else, managed to tickle my taste buds.

The first is a Coteaux Bourguignons by Domaine Jean Grivot. You see, the world of wine is a pretty exciting place. It’s forever expanding and totally challenging in its ability to present the unknown but still, even in all its splendour, there are very few things that genuinely tease the “posh” glassware out of us. This however, is one of those things. It makes my tummy feel funny and I start to seriously “fan girl” over it to anyone who will listen. I’m talking high-pitched squeals, unusually wide eyes and becoming far too happy with my bottle opener; “the works”. The fruit for this wine comes from vineyards located in Flagey-Echezeaux. This is the place where two out of just 33 classified Grand Cru vineyards in the whole of Burgundy come from. That’s right, these grapes are literally rubbing shoulders (or rather, skins) with the very best of the bunch (I’ll let you off if your inner wine geek is already tingling). In addition, the grapevines used to produce said fruit are some 50 years old. That’s right, 50. As in 10 times five. That’s more than double the years we’ve had this side of the millennium. Bear these points in mind and you’ll begin to realize that this wine is really quite special. You’ll know it the second you taste it. Not only will it raise a smile, but also another glass. The final USP is its grape variety: 100 percent Gamay. The masked menace behind Beaujolais; the “grape crusader”. The variety that people just love to hate. In the words of millennials who can legally drink as of this year: “mind blown.”

Being Burgundian, you’d be forgiven for calling this a Pinot Noir in a blind tasting as this wine is reminiscent of Grand Cru Burgundy. Concentrated red fruits take centre stage as subtle notes of earth, smoke and leather lean into a luxurious finish that’ll get you hook, line and sinker. What I’m trying to say is that if you’re looking for a light red to accompany fish, hot dogs or even peanut butter ice cream (I beg for more obscure food pairings in the next Somm film), not only will this wine fit the brief but its powers will win over thirsty friends who think they know a thing or two about wine themselves. 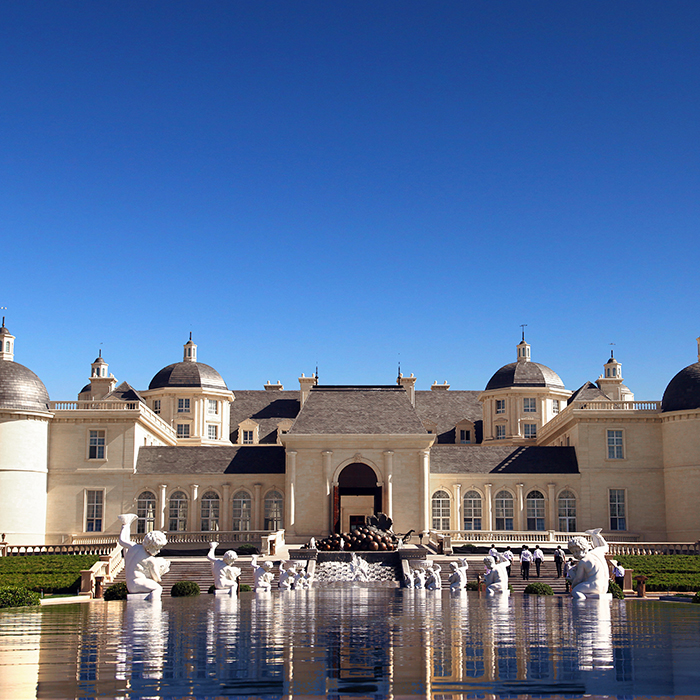 My second tipple of choice is a white Cabernet by Chateau Changyu Moser. Chinese wine is something I’ve found to be the subject of great debate of late. Some colleagues declare it’s the next best thing, others believe they’ve simply bitten off more than they can chew. I, in turn, can’t pretend to have been totally convinced by their efforts, not yet, anyway. I believe that one day their red wines will be great, but as for now I am far more interested in what can be done with white wine. Changyu Moser is a collaboration between Austrian winemaker, Lenz Moser and China’s biggest wine producing company Changyu. Not only were their wines some of the first to be successfully launched in to Europe but they’ve since continued to surpass expectations in curating a white wine made from the black grape, Cabernet Sauvignon.

I realise the words “blanc de noirs” are nothing if not at home on a well-supplied Champagne shelf. I also realise that among fizz fanatics, white wines made from black grapes are nothing short of being expected. It isn’t a new concept, but “what if we were to take away the bubbles? What are we left with then?” Having tried and tested China’s first “blanc de noirs”, I can tell you that what you are left with is a modestly priced, perfectly pleasant, crisp and enjoyable apéritif. There’s this lovely concentration of elderflower cordial and fresh peaches that almost hint at something more closely resembling a Soave, but its acidity, weight and herbaceous character are more at home in a New Zealand Sauvignon Blanc. There’s pink grapefruit and lemon zest, white blossom and acai. An array of delightful aromas that are perfectly executed when paired with lashings of sunshine and idle chit chat. You should also know that only 120 bottles were produced in their first vintage (2015) and within six months it had all sold out. To that we say, on your marks, get set and go! 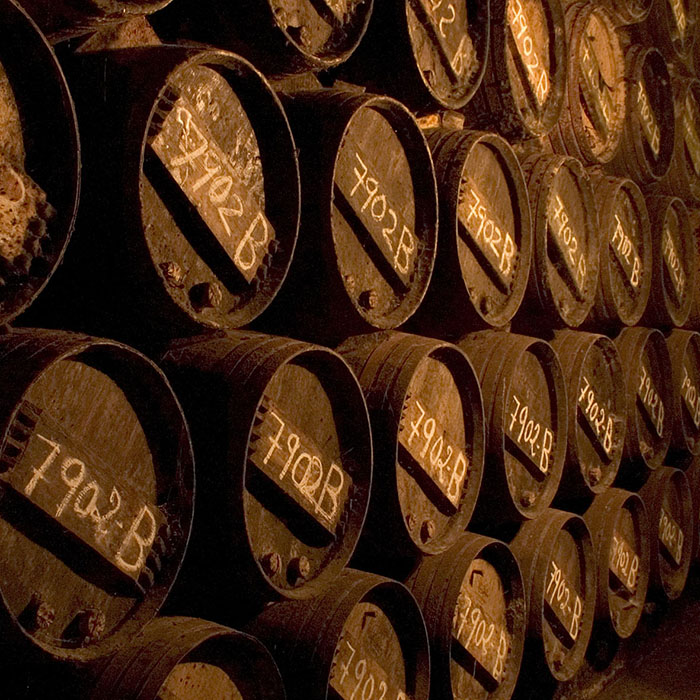 Our last flavour of the week should fall under the heading, “anything with Viña Tondonia written on it”. I’m talking Viña Tondonia Tinta Reserva by Bodegas R. Lopez de Heredia. I’m coming over all nostalgic now but if you’re willing, I’d like to take you down memory lane to my very first wine-related “eureka” moment. I’d been working in a five-star hotel for a little while and had just finished my first WSET course. Not only did I somehow manage to pass with flying colours but having whet my appetite and with a newfound thirst for knowledge I moved over to the sommelier team. While there I studied a few more courses and tasted things that most can only dream of. I have been well and truly spoilt and I will never take that for granted but whilw most wine lovers dream of Lafite, I implore you to add this to your arsenal first.

I can recall my first sniff. It was a big sniff that lingered into a taste which in turn fell into a slurp, shortly followed by a glass and then, not before too long, most of the bottle. I couldn’t believe it, “who knew that wine could taste like this?” The first time I tasted Viña Tondonia it was actually the Tinta Blanco. A white Rioja with so much complexity and a seriously oxidative character that I’d only ever experienced from Sherry – something that, rather ironically, I couldn’t bear at that point in my life but also something that now, I absolutely adore. I only had one question: “If this is what they could do to a white wine, what could they do with a red?” All I knew was that I had to find out, and boy, never have I been less disappointed. An equally extended ageing process gives just as much complexity with lashings of flavour and throngs of unique personality. It’s the very best Rioja but not as you know it. Macerated red fruits are empowered with old cracked leather, freshly cured meats, cracks of black pepper, vanilla pod and dried dirt. This much complexity is exceptional by any standard. A standard you might not understand. A standard that maybe isn’t quite tailored to your personal taste but the one thing you cannot say is that it is anything less than an exceptional piece of winemaking. It’s an art form and that’s it, end of discussion.

You can find these bottles at our Warehouse Shop while stocks last.