(Don’t) blame it on the weatherman 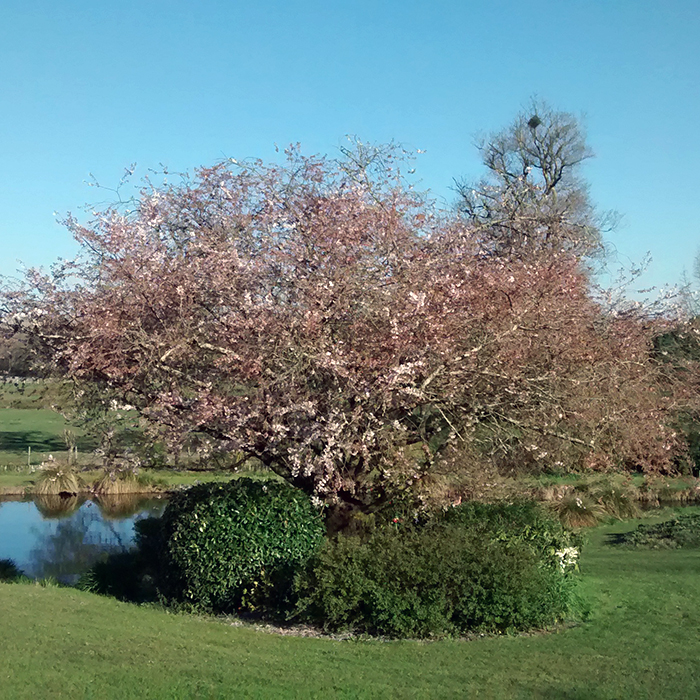 Wine in all its guises is much more than what happens in the cellar. As Bordeaux Petits Châteaux Buyer Oli Barton discusses here, the weather can have substantial impact on a year’s work for the whole region

On my recent trip to Bordeaux I uncovered how much the region’s prosperity hangs on the elements and how two days of bad weather can change everything for a grower (see this liv-ex report for the full scale of this year’s vintage).

As a regular visitor to Bordeaux I am aware how variable the weather can be. I have witnessed the lows of the dreary wet summer of 2013 (while on a beach holiday… of course) and the highs of 30˚C+ degrees in September 2015 when I was there, un-fortuitously, to run a marathon. Looking back, I wish the weather had been the other way around. But my complaints are based solely on personal comfort whereas for the Bordelais this is a much more serious matter; it directly affects their revenue, and this doesn’t just apply to the winemakers.

In its position facing the Atlantic Ocean to the west, Bordeaux is unsurprisingly described as having an Oceanic climate with average temperatures during the year varying from 6˚C to 20˚C and an average rain fall of 931 milimetres per year, which to put it in perspective is much higher than London’s 601 milimetres. It is characterised by a lot of wind and rain and the average temperature being tempered by the ocean, therefore giving cooler summers and warmer winters. That said the sun can really beat down in spots which are sheltered from the wind and in the summer highs of over 40˚C can be witnessed. This is great news if you are on the beach down the road at Arcachon or Cap Ferret, but in the vineyard, it can cause issues like dehydration and scorching problems.

In addition to this variable weather both frost and hail can ruin a vigneron’s crop in a matter of hours. The vines are at their most sensitive during bud burst which takes place in April. Here a night or two of frost or a few bursts of aggressive hail can damage the buds which would have grown into fruit-bearing branches, devastating the year’s harvest. The vine, once recovered, will grow secondary buds which will develop and carry fruit but the yields and often the quality of fruit will be severely affected. The effects of these meteorological onslaughts are very hit-and-miss; your vineyard might be completely wiped out, but your neighbour’s plot just 20 meters down the road will stay unaffected.

There are various techniques which growers will use in the vineyard to try and temper the effects of frost, but these have mixed results and can be incredibly costly. Heaters, referred to in English as “Smudge Pots” can be spread among the rows to break up cold air pockets, but they don’t always have enough effect and a lot of labour is involved in keeping them running. Large fans are used to displace air, avoiding low cold air pockets on the ground. These can cover plots of up to 10 hectares and can pay for themselves with time, but they are a big investment to install. In the most prestigious appellations one may well spot the odd helicopter gyrating above the vines to act much like a fan; needless to say that these are a luxury, owned by only the wealthiest Chateaux. Organic growers such as the David Beaulieu family of Ch. Coutet in St Emilion argue that the planting of trees around the vineyard can help temper the effects of frost. They did not suffer any losses in 2017 however these beliefs are yet to be thoroughly investigated academically. The most modern technique which seems to be tempting a few estates could be a sprinkler system. It would kick in once a critical temperature is reached in the vineyard. Once again, the installation is costly and not only would the entire vineyard need to be covered by the sprinklers but a huge amount of water is needed to run them.

In a region where 60 percent of business income is generated from the wine industry, it is easy to see how monitoring the weather could become an obsession, but it doesn’t stop there. This income funds builders and agricultural workers brought in to do work on the estate. In good years, the wine workforce affects the prosperity of local businesses such as butchers, bakers, restaurateurs, etc. In fact, there is not one line of business which isn’t affected by these market fluctuations and therefore everyone is watching the weather. The repercussions of a few bad harvests in a row will usually affect the small wineries first, leaving only the big players to snap up their properties, where sadly the vineyards will too often be used in the production of bulk wine as an easily traded asset.

The good news is that the generous harvests of 2015 and 2016 should help see us through the shortages due to the low crop of 2017. However, Bordeaux sales are back into growth this year in the UK market, so if you are a Bordeaux-phile like myself, you may wish to keep your fingers crossed for 2018.