The other side of St James’s 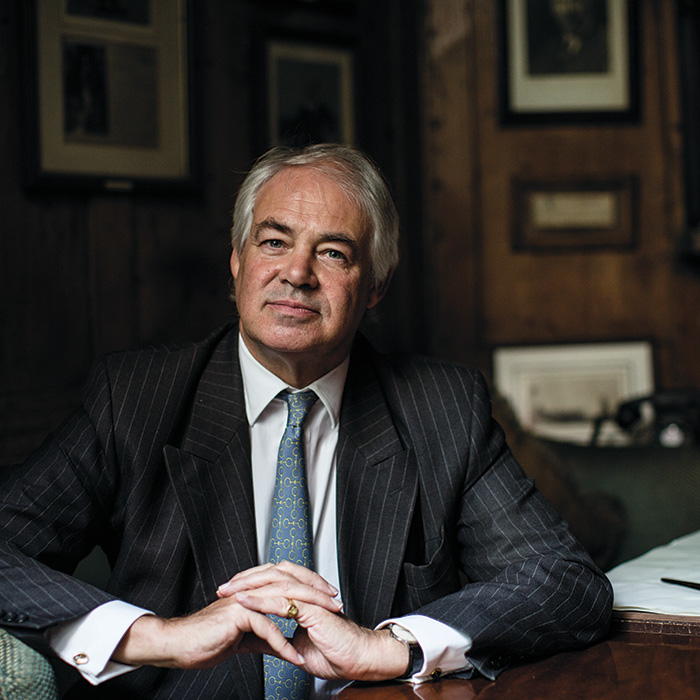 Simon Berry in the Parlour at No.3 St James’s Street. Photograph: Elena Heatherwick

Our Chairman Simon Berry dips beneath the surface of St James’s, exploring a past that doesn’t quite align with the area’s upstanding reputation today

In the last edition of No.3 I wrote about the theft of the old wooden till from the shop back in the 1970s. This provoked a certain amount of surprise. Surely St James’s Street was above such petty acts of larceny? The very thought of such a low life penetrating the land of Sir Bufton Tufton is sacrilege to some – the snake slithering into Eden, as it were…

There’s nothing new about this gilded image of St James’s: 150 years ago, Edward Walford’s Old & New London described the street as “this noble thoroughfare” —and claimed that it “has maintained its character as an aristocratic lounge, and a place where only the privileged classes have a right to be seen”. All the same, he quotes the “witty author of The Town Spy” of 120 years before that – we’re back to 1755 now – who really had hit the nail on the head. “St. James’s, in Westminster, has a very large share of the nobility and gentry; yet a person of indifferent rank may find a vacant seat in the church on Sunday. The ‘quality,’ who fly about in their sumptuous equipages, imagine themselves to be the admiration of the vulgar sort, but, on the contrary, they are only the objects of their ridicule, they being too well acquainted with their most private affairs.”

The reality is that all the civilised aspects of the neighbourhood are a comparatively thin veneer. Underneath lurks a much more shady history.

The street was only paved a year after the Restoration of Charles II, in 1671. Ten years later, the Duke of Ormonde, Charles’s loyal counsel in exile, narrowly escaped assassination when he was dragged from his carriage at the north end of the street by the notorious Captain Blood. It would be another 15 years before the street was lit. Macaulay writes: “… till the last year of the reign of Charles II, most of the streets were left in profound darkness. Thieves and robbers plied their trade with impunity; yet they were hardly so terrible to peaceful citizens as another class of ruffians. It was a favourite amusement of dissolute young gentlemen to swagger by night about the town, breaking windows, upsetting sedans, beating quiet men, and offering rude caresses to pretty women.”

Had matters improved by the time the Great Fire of Westminster caused the Court to migrate to St James’s, and the Widow Bourne to set up her shop at No.3, in 1698? There was certainly an influx of the “quality” mentioned in The London Spy, and the fine houses, palaces and shops were beginning to be built. But even in 1765, when the Widow’s grandson William Pickering was rebuilding No.3, he still saw fit to provide the splendid Georgian frontage with sturdy wooden shutters to protect the precious new panes of glass.

They would have come in handy four years later when riots broke out in the West End in March 1769. The following day, King George III issued a proclamation against those who “… have, in a most daring and audacious manner, assaulted several merchants and others, coming to our palace of St James’s, and have committed many acts of violence and outrage before the gates of our palace…”

But this was just the first of many such “outrages”. The Gordon Riots swept up St James’s in June 1780. In February 1886 the peace was shattered by a crowd, several thousand strong, who had gathered in Trafalgar Square to demonstrate against Government cut-backs. The Illustrated London News reported: “The mob swept on furiously round the corner of Pall-mall and up St. James’s-street, and here they threw stones at the windows of nearly all the clubs and some of the shops and private houses.”

We no longer fix the shutters to the shop-front every night – although the practice continued until the early 2000s. They still fit, however, and are kept close at hand, ready for police warnings that we are living in no less violent times. Since 2000 there have been two anti-capitalist and two student-led demonstrations that have rampaged up St James’s Street, the last one as recently as November 2015.

Acts of demonstration may be more frequent nowadays, but I suspect they were more violent in years gone by. On the 4th November 2015, the night of the “Grants Not Debt” protest, some few hundred demonstrators were being contained by police directly opposite No.3. I was able to pass them without being assaulted “in a most daring and audacious manner” and attended the party to celebrate the re-opening of DR Harris, the chemist, further up the street. At the party was Jacob Rees-Mogg, who left without a care in the world to dine at his club down the hill. 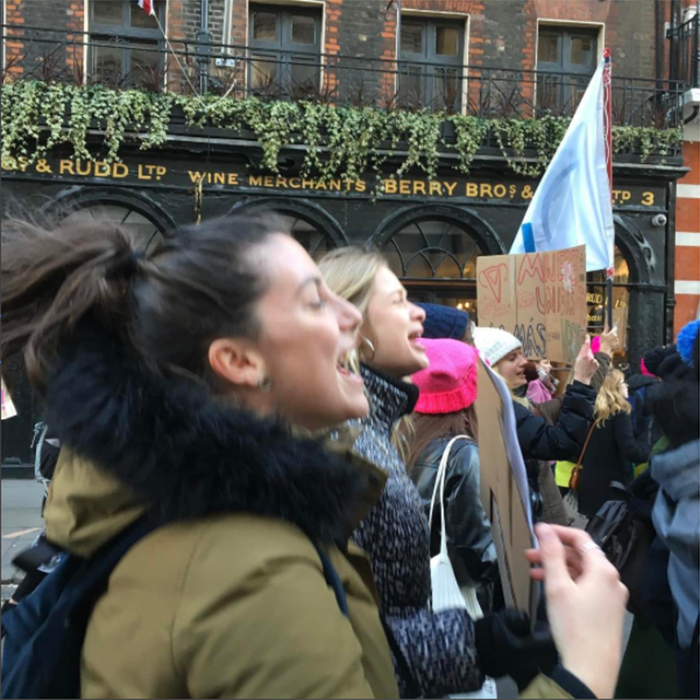 Two hundred and thirty years earlier, he might not have made it. On the 28th of February 1784, William Pitt the Younger was dragged from his carriage outside Brooks’s Club – coincidentally, perhaps, the haunt of Charles James Fox, and hotbed of the most fervent supporters of the Whig party. Fortunately for history, Pitt managed to escape and find sanctuary in the Tory embrace of White’s Club.

It is true that St James’s escaped the worst excesses of 17th and 18th century London. Cock fighting, and bull or bear baiting never travelled north of St James’s Park – Cockpit Steps off Birdcage Walk, and Tothill Fields in modern day Victoria, were as far as they got.

But if St James’s escaped the most obvious forms of Restoration or Regency depravity, there was always, lurking beneath the surface, possibly the most common source of vice and sin: gambling.

Henry Fielding, the writer and founder of the Bow Street Runners, called Gaming Houses “Temples of Iniquity” in an address to the Grand Jury of Westminster in 1749. St James’s was full of them. Sometimes they were under the disguise of another, more innocent past-time – a masquerade ball held in the Long Room on St James’s was raided in 1751, and 17 people arrested and fined. Sometimes games went “underground” – the notorious “gambling hells” tended to live up to their name. But often gambling took place more openly – the gaming chips now proudly displayed in the hall of Brooks’s Club bear witness to the astonishing sums wagered on the toss of a dice or the turn of a card.

Hazard was the most popular game, and it was aptly named. George Harley Drummond, scion of the banking family, was tempted into playing against Beau Brummell at White’s one evening – the one and only time in his life that he gambled. And no wonder: he lost £20,000 – the equivalent of over £300 million when compared to the average wage at the time.

To wager great sums was a status symbol for the young bloods of the age. Horace Walpole reported in 1770: “The young men of the age lose five, ten, fifteen thousand pounds in an evening [at White’s]. Lord Stavordale, not one and twenty, lost eleven thousand there, last Tuesday, but recovered it by one great hand at hazard: he swore a great oath, – ‘Now, if I had been playing deep, I might have won millions’.”

Stavordale’s cousins were the Fox brothers, Stephen and the eminent politician Charles James. Their gambling sprees were legendary – sometimes lasting 48 hours as they began at Almack’s, continued throughout the night at White’s, and ended with a visit to the races at Newmarket. One such spree cost them the astonishing sum of £32,000.

If gambling was considered to be an “iniquity” by Fielding, the consequences could be far worse. The end of the 18th century saw a craze for playing Faro amongst the fashionable women of the age, with a gaming house in St James’s Square being run by Lady Buckinghamshire especially for this purpose. And as one contemporary commentator wrote: “The man who plays beyond his income, pawns his estate; the woman must find out something else to mortgage when her pin-money is gone. The husband has his lands to dispose of, the wife her person.” Recognised and informal brothels sprang up throughout the neighbourhood. As a result St James’s Street became a very masculine enclave around the turn of the 19th century, with extreme suspicion heaped upon any young lady who dared to show her face there.

Not every loser had an estate to pawn, of course, and often debts and disputes were settled over a duel. It is sometimes suggested that the courtyard behind No.3, Pickering Place, was the site of the last duel in London. This is extremely unlikely – the last duel would have been fought with pistols, and the square is simply not big enough. But there is little doubt that sword fights would have taken place there. Duelling had been illegal since the early 17th century, and an enclosed courtyard, with a passageway through to the main thoroughfare where seconds could keep an eye out for officers of the law, was the perfect place to settle “matters of honour”.

No matter the proclamations of modern day Fieldings, convinced we are all heading to hell in a handcart, I suspect that 21st century St James’s is a good deal more salubrious than decades previously witnessed by our old shop front.

This article was originally published in the Autumn/Winter 2017 issue of No.3. You can pick up a copy in either of our shops, or contact editor@bbr.com to request a copy.