Notes from the vineyard: budburst 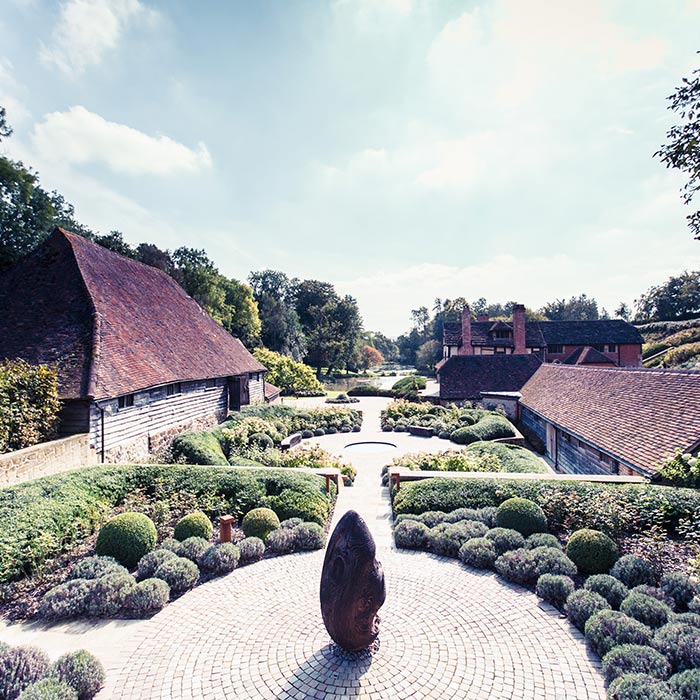 Over the coming year we’ll be following life at Nyetimber, one of England’s leading sparkling wine producers, detailing the monthly goings-on amongst the vines and inside the winery. In his first post, winemaker Brad Greatrix describes the first stirring of the vines

On the viticultural calendar, April is an exciting month in England because it marks a new beginning. It will be sometime during this month that our grape vines, having been neatly pruned and arranged through the winter, will emerge from dormancy in a process known as budburst, and a new growing season begins. We love this time of year because it’s full of potential and wonder for the season ahead.

In many parts of the world budburst can be a perfunctory part of the growing season. In England though, our relatively cool climate means that we have a very long growing season – harvesting in mid-October. An early budburst can therefore give a useful few extra days of ripening at the end of the season, before the weather turns cold (or shifts the season forward into slightly warmer-than-average temperatures). Conversely, a late budburst compresses the growing season and makes us more dependent on a hot summer and warm autumn. We therefore are generally hoping for appropriately mild conditions in the latter part of March and early April so that the vines can begin their season on time. 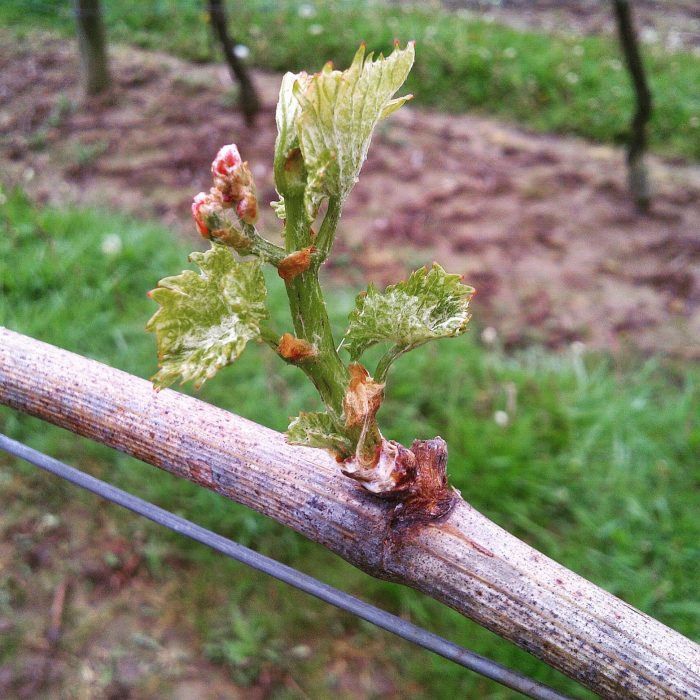 As with a lot of aspects of wine production, an early budburst can be a mixed blessing though, as it increases our potential exposure to spring frosts. In the world of wine production we always have an eye on the weather, but budburst is one of three times of the year where the weather is particularly crucial (the other two times are flowering and harvest, but we’ll discuss those later). Weather conditions at and around budburst are critical because as the tender shoots start to grow they become increasingly sensitive to cold temperatures. Just a short amount of time below 0˚C can be enough to decimate a crop for the season. In 2016, grape growers in England (including Nyetimber) suffered significant crop losses due to extremely cold temperatures in early May.

Historically budburst occurs for us between 15th to 19th April in our West Sussex sites, and six to eight days later at our Hampshire vineyards. Most people in agriculture consider the frost-risk period to last until the final week of May, meaning we’ve got just over a month of tense evenings (depending on the forecast). Our vineyard teams will know the expected overnight low each night before going to bed, and will be on “standby” if there is a likelihood of the temperature dropping too low.

We have various means of combatting frost should it occur, all variations on the theme of trying to displace cold air with fans or other means. Unfortunately the coldest temperatures tend to arrive between 2 and 4am, so there can be sleepless nights for our vineyard team, but they tackle this duty with tremendous pride and passion. A few hours of well-timed hard work can make all the difference to the yield from a vineyard, although let’s hope in 2017 that temperatures cooperate and everyone gets full nights of sleep.

We’ll be posting monthly updates as part of this series; next month we’ll head inside to the winery where we’ll be bottling the wines from 2016 before returning to the vineyard in June.

3 Responses to “Notes from the vineyard: budburst”