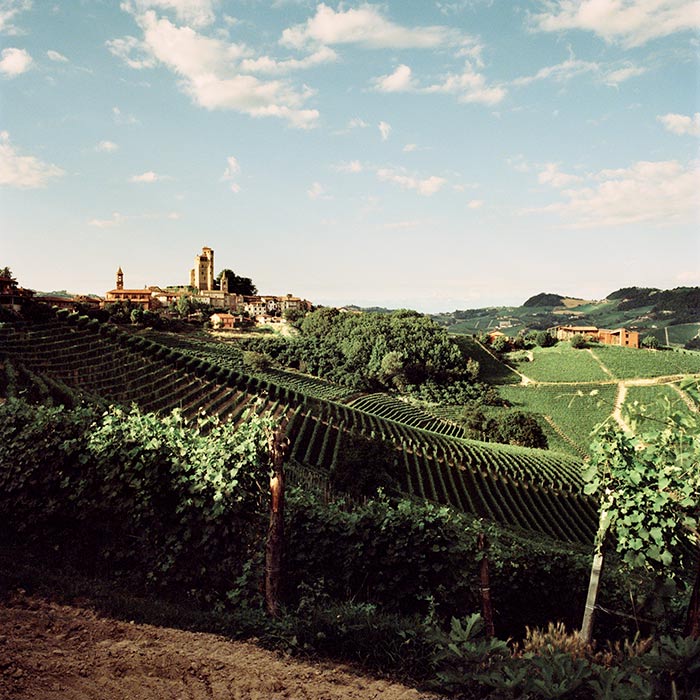 Barolo and Barbaresco are arguably the wines that put Piedmont on the map. Made from the elegant and powerful Nebbiolo grape, they have helped to develop Italy’s reputation for fine wines. What about Piedmont’s “other” wines, though? This north-westerly region boasts many indigenous grape varieties that each bring a unique character to the table. Wines such as Barolo and Barbaresco are examples of fine wines to savour for special occasions, but Piedmont’s everyday drinking wines hold a charm of their own. In a country so rich in wine and food culture, if there is one thing Italians can teach us, it is how to enjoy life’s simple pleasures. Here are three more “everyday” grapes that are well worth a try.

Barbera is a dark-skinned grape, naturally high in acidity and relatively low in tannins compared to Nebbiolo. Characteristically it has slightly tart blackberry and black cherry flavours, making wines that are fruit-driven and peppery. Barbera d’Asti DOC and Barbera d’Alba DOC are the most well-known appellations, but Barbera is also grown further afield in Lombardy, for example in the Colli Piacentini DOC.

Laiolo Reginin makes a wonderful Barbera d’Asti called La Mora. The 2015 is bursting with purple fruit, blueberry and blackcurrant on the nose, with a hint of white pepper. Fleshy on the palate, with a pure and juicy blackcurrant fruit core, a hint of liquorice, refreshing acidity and silky tannins. This wine would be great with a tomato-based pasta dish such as spaghetti all’amatriciana (a Roman favourite!). Paolo and his wife Anna also design their own beautifully arty labels.

Dolcetto means “little sweet one” but this refers more to the soft and juicy character of the fruit than to the level of sugar in the wine. Dolcetto is dark-skinned, easy-growing and early-ripening, lower in acidity than Barbera, low in tannins and suited to cooler sites. Characteristically it has vibrant black cherry and raspberry flavours, often with a floral, violet note. It may be viewed as the poor cousin to Nebbiolo and Barbera, but it has its own charm. The most notable appellations are Dolcetto di Dogliani DOCG, Dolcetto d’Alba DOC and Dolcetto d’Asti DOC.

Marcarini, based in La Morra, is a family-run winery making a delicious Dolcetto d’Alba called Fontanazza. Wild cherry and violet on the nose of their 2015 leads to juicy, concentrated black cherry and blackberry fruit on the palate, with a hint of black pepper, refreshing acidity, gentle velvety tannins, and a pleasant, slightly bitter finish. This is a wine to be drunk young, and would be even lovelier chilled, with a plate of summer pasta or focaccia and salame.

The Arneis grape can make white wines that are enjoyable young, but that also have the complexity to age well. Characteristically it reveals a stone-fruit flavour profile (typically peach and apricot), sometimes with a hazelnut and herbal note. Roero Arneis DOCG is the most famous appellation; Roero is on the other side of the Tanaro river to Barolo.

Cornarea makes a wonderful example. Their 2016 Canale Roero Arneis has lovely white peach and acacia flower on the nose, with a hint of lime and bay leaf. The vines are planted in the sandy calcareous soils of the Canale, and are rich in magnesium minerals, which gives a salty minerality to the wines. The palate reveals white peach and pear, mouth-watering acidity, a rich texture with a slight waxy character and a lingering, saline finish. This wine would be great with asparagus risotto, peach and hazelnut salad or seafood ceviche.

One Response to “Piedmont’s “other” wines”