On the table: Clipstone 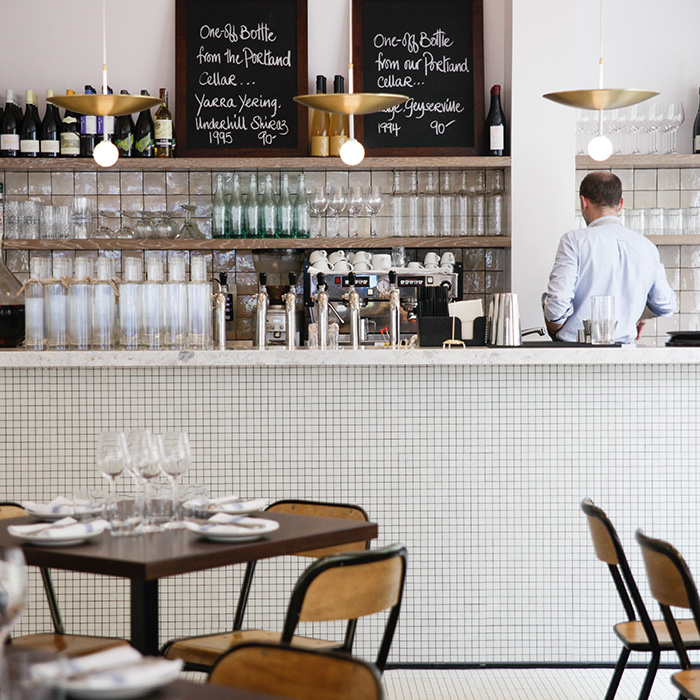 This month we sent Buyer Will Heslop to Clipstone, sister restaurant to the Michelin-starred Portland and a spot that impresses with impeccable service and small plates

My spirits were high as we strolled north from Oxford Circus, escaping the hordes of Christmas shoppers for the genteel surrounds of Fitzrovia. The unseasonably fierce sunshine played its part, but my mood owed more to the prospect of a slap-up meal. Our destination was Clipstone, a new venture by the team behind Michelin-starred Portland: Will Lander, Daniel Morgenthau and chefs Merlin Labron-Johnson and Stuart Andrew. Lander is the son of restaurant critic Nicholas Lander and Jancis Robinson (who writes about wine, apparently). More to the point, he and Morgenthau are two of London’s most accomplished restaurateurs.

They create restaurants – the peerless Quality Chop House, as well as Portland – whose every detail inspires confidence, beginning with the exemplary service. At Clipstone, we were greeted by a beaming waitress wearing what appeared to be a welder’s apron. With a deftness that would characterise the entire meal, she swept aside a thick curtain to reveal a bright, uncluttered room; furniture spaced to generate a buzz rather than a racket.

Another waitress, equally cheerful and identically clad (an hommage to Flashdance?), led us to our table and would soon return with a bottle of Le Grappin Mâcon-Villages 2015. It was fresh, delicate and appetising – what more could you want from a midday wine?

We’d opted for the brunch menu, which features a selection of a dozen plates intended for sharing. The theme, I suppose, is modern British – but that’s as nebulous a term as, say, Fitzrovia. Some dishes are the size of a generous main course, others smaller, but none are miserly. The same few leapt off the menu at all three of us: Hebridean lamb, artichokes, parsley root and shiso; Longhorn beef, Café de Paris butter and charred Cévennes onions; rillettes of rabbit, pork and foie gras with grilled bread and pickles; and Isle of Mull scallops, puy lentils, brown butter and dill. Predictable choices, perhaps, but too appealing to overlook. On the recommendation of the waitress, clearly anxious we get our daily quota of veg, we also ordered sprouts (with almonds, pickled walnut and burnt bread) and fried leeks in sauce gribiche. 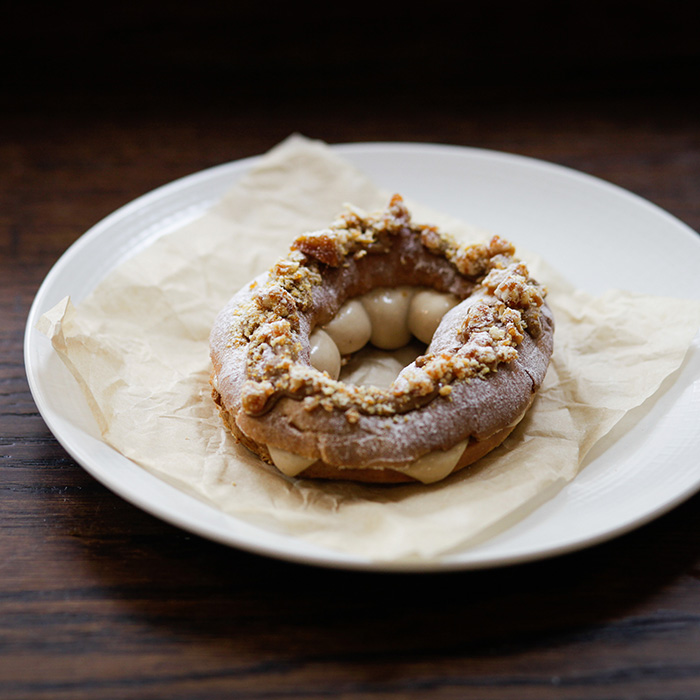 Plates arrived in swift succession. The lamb and beef were an inevitable hit with our Ozzie companion, raised on BBQs, but Laurie, a food stylist and stern culinary critic, was equally impressed. Cooked à point, the beef worked brilliantly with the bitter-edged Cévennes onions. Red meat called for red wine, naturally, so we called (enthusiastically) for a bottle of 2002 Potensac.

Rabbit rillettes were beautifully presented and their texture spot on, not stringy but fibrous. The scallops were dense and comforting, and unlocked new flavours in both the Mâcon and the Potensac.

Sharing gave us the opportunity to try a number of dishes we might otherwise ignore. The fried leeks provided my favourite mouthful of the day. I fell for the sauce gribiche, which I’m determined to replicate at home – better still, I’ll beg Laurie to do so. The sprouts were almost as good, toasted almonds emphasising their nutty crunch.

With the white finished and Claret fast depleting, we turned again to the wine list, selecting glasses of three different reds: the show-stopping Corullón ’02, a rather lovely Beaujolais Nouveau from Le Grappin, and the wacky, brilliant Evolution Red (a blend of Italian varietals and Syrah) from Sokol Blosser winery, Oregon.

We were now sufficiently emboldened to take on the ox tongue pastrami. Viewed earlier on a neighbouring table, it was unmistakeably… a tongue, but our apprehension dissipated on first bite. Served in an open sandwich with pickles, plenty of black pepper and an unusually unctuous mustard, it had a subtle ferrous character which – sommeliers take note – enhanced each of the wines.

The Paris-Brest was impossible to resist and didn’t disappoint. Ditto a glass of ’09 Ch. Filhot Sauternes. Then came the espresso Martinis – indulgent, yes, but everything about Clipstone is so seemless, so darn civilised, we had no desire to leave.

The highest praise I can offer is that, by this time, the sunshine dimming, we were sorely tempted to request the dinner menu.