All stirred up: Christmas pudding 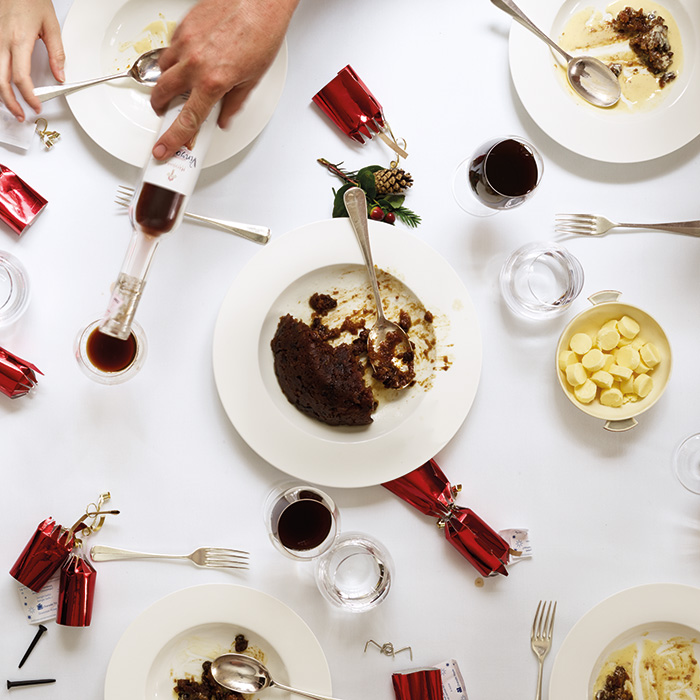 Dare we say it, Christmas is just around the corner. As half-term signposts its approach, thoughts turn to initial preparations in the kitchen. Here our Head Chef Stewart Turner provides a classic recipe for Christmas pudding, meaning that there is one less thing on the to-do list.

This is a Christmas pudding in the classic mould that we have tweaked over the years; the dried figs are a nod to the figgy pudding of days gone by, and add a wonderful crunch to the texture. Make and steam your pudding now, leave it to mature and you will have a wonderful pudding prepared for Christmas Day.

For this recipe you will need one large pudding basin. Soak the dried fruit in the brandy and ale overnight, giving it a good stir now and again. The following day, in a large bowl combine the suet, sugar, spices, crumbs and flour. Mix in the grated apple and carrots. In a separate bowl mix the eggs, orange juice and zest. Stir the wet ingredients into the dry and mix in the soaked fruit.

Grease the pudding basin and fill with the mix. Cut a circle of greaseproof paper to cover the top of the pudding and put on the lid or cover with foil securing with string. Steam the pudding for three hours.

Let the pudding cool before removing the greaseproof paper and covering tightly with cling film and a lid. The pudding can now be stored in a cool, dry place until Christmas.

To reheat, steam the pudding for a further two hours, turn out and flame with brandy.