On the table: Dabbous 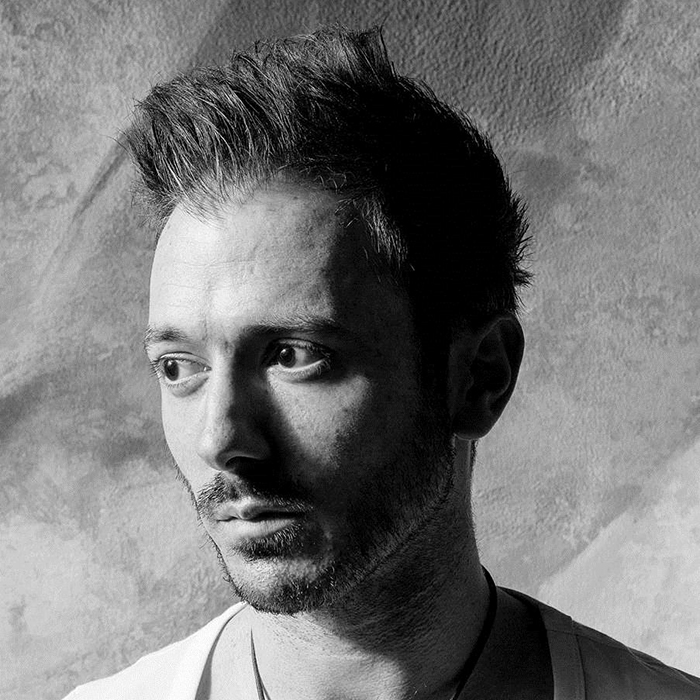 This month food writer Victoria Stewart returns to one of London’s most fashionable establishments, Dabbous, a Michelin-star eatery that is equally – if not more – impressive on the second visit.

Some dining rooms don’t seem to need a bedding-in period; they’re off with a bang the minute they’re out of the starting blocks. Ollie Dabbous’s eponymous restaurant is arguably one of those places. Within two weeks of opening in 2012 it was crowned with a five-star restaurant review from the London Evening Standard’s esteemed critic Fay Maschler, and what followed was a sort of manic scramble to get a table. A Michelin star came soon after.

After a useful tip-off I had managed to get a reservation in that early heady period, and skipped through a set lunch surrounded by people who also couldn’t believe their luck. But despite lovely cooking and professional service, the air was tense with expectation. I remember thinking that the dining room was not an easy one to spend time in, possibly because its pared-back industrial design was a touch stand-offish. Now, of course, it’s ubiquitous, and celebrated.

But scoot forward to a recent mid-week lunch there, and things could not have been more inviting. Perhaps it was because it was a sunny day and the light seemed to dance in through the windows – no need for those exposed light bulbs at all – but today the dining room seemed jollier, the staff were softer, looser, and the atmosphere lighter.

“It’s like they’ve said, ‘We know how restaurants are meant to be done but we’re not going to do it like that.’ And it just works doesn’t it? It’s very Scandinavian – which is a good thing, as I like Scandinavian,” said my friend Nick enthusiastically as we looked around, before noting how “completely and utterly relaxed” he felt there, which is really something every restaurant wants to achieve. 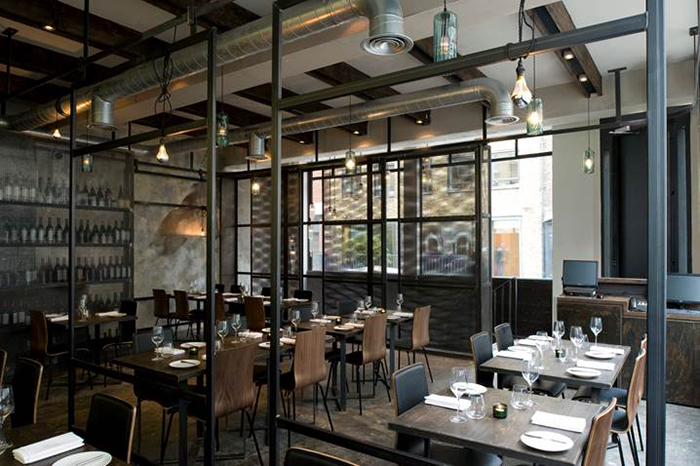 The three-course set lunch still follows the original format and the seeded bread was presented to us, as before, in a cute brown bag with the date stamped on it. What a pleasure to immediately stick our noses in and inhale the smell of a freshly baked loaf.

The food, too, shone, even though I have a feeling that Ollie was not in the kitchen that day. A half piece of soft fennel sat contentedly in a light mousse with lemon balm and olive oil, and was a refreshing start, while plunging into a pile of spring onion shards and marigold leaves poised on top of pistachios and creamy sheep’s milk curds was such a pure and simple joy that we wished we had ordered two portions.

‘Crisp bread cooked over hot coals, brown shrimp, pickled elderberries and lovage’ was a fascinating dish – both golden from chickpea flour and sooty from smoke, with a flock of baby shrimps hovering inside it. Nearby a smoked black dust, made using breadcrumbs and squid ink, also tasted fishy, and was good. Next, a memorable plate that was hard to part with: soft pieces of lightly browned quail that toppled off a mound of quinoa, itself laced with jasmine-tea-soaked golden raisins. We closed with a tinge of nostalgia, by seeing off a pretty wild blueberry and apple cake – so light and so warm – served with a chalice of Tahitian-vanilla rice milk.

If you’re having a rough day, book a weekday lunch here and I trust the rest of your week will fall into place, for this restaurant is as confident as ever but also a happy place to be.

Dabbous is the next restaurant to be taking part in our Cellar Series, preparing a unique menu which will be paired with wines from the Berry Bros. & Rudd cellars. Tickets for the event are available to purchase now on bbr.com.