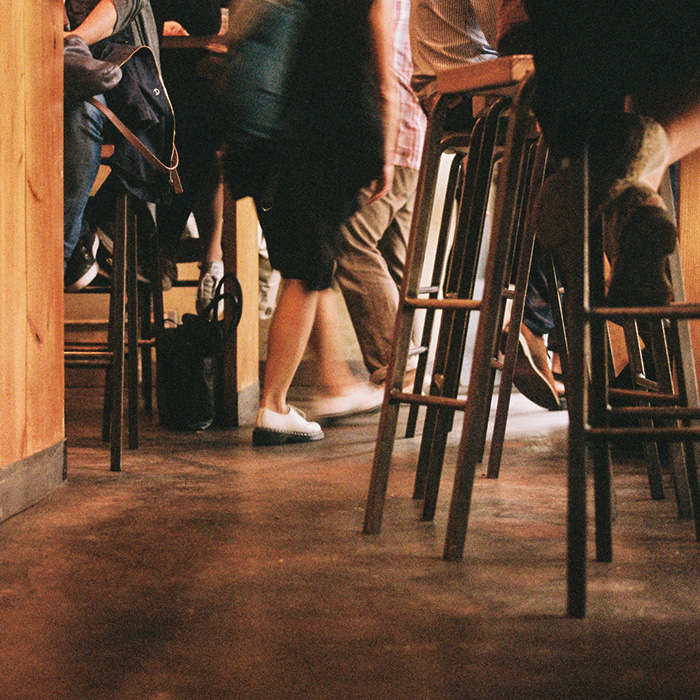 This month’s guest blogger is Dan Keeling, half of the duo behind Noble Rot and recently crowned Champagne Louis Roederer Emerging Wine Writer of the Year 2015. Here he discusses how Bordeaux, Burgundy and Barolo have made their way into East London’s edgiest bars; with fine wine no longer solely the remit of hushed restaurants and members’ clubs.

There’s never been a better time for wine in London. Like their contemporaries in New York, Paris and LA, today’s new generation of wine lovers have become more knowledgeable, eclectic and aspirational about what they drink, empowered by the flow of information over the internet, and hungry for the most authentic experiences possible. If the recent revolutions in coffee, craft beer and organic food have defined the zeitgeist over the last couple of years, so it is that the thrills and spills of the world’s finest bottles have become more accessible and available in the capital than ever before. Fancy a glass of Meursault-Perrières from Domaine Roulot in a stylishly renovated pub that once used to house National Front meetings on Hackney Road? If you’d have asked that question a few years ago no one would have believed you, but besides being testament to the rampant regeneration of many parts of the city, somehow fine wine in London has become ‘cool’.

Social media is abuzz with information on delicious forgotten wines and obscure regions, broadening drinkers’ view from traditionally dominant Bordeaux and Burgundy, and engaging its audience on Jura, California, Sicily or Orange wines. At Noble Rot magazine we share pictures of the bottles and restaurants we love on Instagram and Twitter, and so do our readers; the quick and interactive nature of social media apps is a brilliant way of connecting ideas. Want to know where the most exciting wine list in Soho is, or who is making the best Nebbiolo in Barolo? It’s all there for the taking, and if they can’t do the real thing, many people think drinking vicariously comes a close second!

In the capital’s food scene, wine savvy restaurants like The Quality Chop House, Portland and 10 Greek Street have made it possible to drink some of the world’s greatest bottles without having to pay extortionate mark ups. Whilst the restaurant business requires generous profit margins on its most popular wines, usually situated at the start of their list (the quality of which should be testament to the management’s buying acumen), when many operators make as much as 80 percent gross profit on all wines irrespective of price point, drinking something even moderately costly feels like a mug’s game. It’s been a breath of fresh air to see places like The Quality Chop House, and bars like Mission and Sager & Wilde, encourage people to drink better bottles by adding fair cash margins to their more expensive wines.

So, who exactly are this new generation of wine lovers? If Berry Bros. & Rudd’s constituency over the centuries might have been typified as privately educated, pin-striped members of St James’s members’ clubs who drank almost exclusively classed growth Claret, it’d be fair to say that their customer base is diversifying. Notable early adopters of technology (Chairman Simon Berry introduced the company’s first website back in 1994, around about the time when major record labels were burying their heads in their hands and hoping the internet would go away), merchants like Berry Bros. & Rudd and the Enomatic machine pioneering The Sampler, as well as unorthodox events like Wine Car Boot, are helping to alleviate some of the vulnerability felt by many people when they first walk into an independent wine shop, offering a broad and exciting choice. In truth, the vast majority are never going to buy wine based on anything other than price point – what ‘deal’ is currently being offered by a supermarket – but for those that do care, who love to savour the romance and mystery of this beautiful subject, there’s really never been a better time for wine in London.

Dan Keeling is one of the founders of Noble Rot magazine; the home of exciting wine and food writing. He is kindly offering Berry Bros. & Rudd customers an exclusive subscription offer of five issues for the price of four. Click here for more.