This has been a momentous week here at BB&R.

Eighty seven years after it was born in the parlour at 3 St James’s Street, the Cutty Sark brand has been sold. For as long as I can remember the familiar yellow label has been part of our identity. Somehow this always seemed to be paradoxical: very few of our UK wine customers automatically associated BB&R with an international whisky blend, but the reality is that the wine division of our business would never have survived, let alone prospered, if it hadn’t been for Uncle Cutty paying the bills for forty years or more.

Cutty Sark itself was a bit of a paradox. It was invented by London wine merchants (including my grandfather) who rarely drank whisky. They decided it should be pale in colour because the best wood aged spirits – Cognac, for example – did not have to be darkened by caramel to hide their flaws. It was drunk, initially, in Prohibition-bound America, where its pale colour convinced suspicious eyes that tea – or at any rate a weaker dram – was being consumed. For a whisky with such a British heritage (including a royal warrant), it was strangely always an export brand: America initially, especially after Prohibition was lifted, but subsequently markets as diverse as Greece, Japan, and Spain. As it grew more and more successful, it seemed to shun its BB&R roots, appealing to a younger, international audience with little in common with a traditional St James’s wine merchant.

Nevertheless, Cutty was a huge success. In the 1970s, it was the large

st selling brand in the largest spirits market the world has ever known: blended whisky in the USA. As it declined in America, it spread throughout the world, at one time being sold in over 150 separate countries. Financially, it was a gold mine for us. By the mid 1980s, it was contributing 90% of our turnover, and 105% of our profit. It could be accused of imparting to the Wine Division a sense of complacency. On the other hand it allowed us to maintain traditions and standards of service that were being swept away by the modernity of the late twentieth century (and if you want to know what I mean try calling British Gas to discuss your account!). To mix avian metaphors, the cuckoo in the nest was laying very golden eggs.

Basically, three things changed over the course of the past 15 to 20 years. Firstly the world-wide spirits trade began to consolidate and become much more competitive. Whereas previously we had been a nimble, independent squadron able to operate effectively against larger concerns like the brand-owning breweries, now the world is dominated by the super-powers of the drinks industry. Diageo and Pernod Ricard exercise such power that a family-owned business such as ours has little chance to compete when it comes to mass-market brands. Margins began to dwindle. You had to be massively powerful to survive.

Secondly the Wine Division decided to stand on its own two feet, and has done so remarkably successfully. Building on the values that Cutty’s success allowed us to maintain, the unprofitable ‘Home Trade’ (as it was called) transformed itself from a ‘dinosaur’ into ‘the best wine merchant in the world’ in a remarkably short space of time. The wine trade, and especially the fine wine trade, is a fickle industry, at the mercy of climate and fashion. However since 1993 the Wine Division’s turnover has increased from £5 million per annum to over £100m, and for the last 10 years has been in profit every year but one. Berry Bros & Rudd, the Wine Merchants, are now a multi-faceted business in their own right. 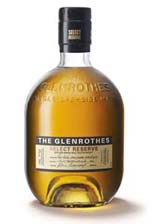 And thirdly, we have realised that, as far as Spirits are concerned, our strengths lie in fostering premium, niche brands. We invented the Glenrothes in its present form in 1994, and watched as it became the fastest growing single malt in the world. Yet we never owned it; we merely relied on a 10 year marketing contract. As we add to our spirits portfolio (the re-branding of King’s Ginger, and the imminent launch of Number 3 Gin being the first steps) it was important to make the Glenrothes ours and ours alone.

The Edrington Group, who have been our partners in Cutty Sark since they started blending the liquid over 70 years ago, were sure that the brand would prosper if they owned it outright. They have already achieved enviable success with Famous Grouse and the Macallan, and with Maxxium Worldwide (their international distribution alliance with Beam Global Spirits) they are certainly in a better position to take on the multinational mega-corporations. They also recognised our ability to grow the Glenrothes, which they still distil. So, finally, a deal was done which benefited – like all good deals – both parties.

I am sure that it will feel strange without Cutty Sark for a while. Certainly the business will change, with the Wine Division more focussed on profitability and the Spirits Division determined to build the assets of their new brands. However I am equally sure that the company as a whole is now playing to its strengths as never before. And that in times to come this momentous week will be recognised as central to the continuing success of Berry Bros & Rudd.

2 Responses to “Farewell to Cutty Sark”