Bordeaux 2009: our thoughts so far 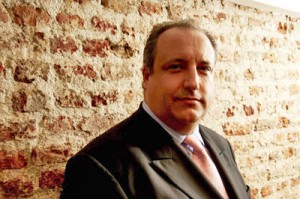 Having just returned from a break-neck few days in Bordeaux with our buyer, Max Lalondrelle, our early thoughts on the vintage are… .that we really can’t say for sure! Dull, I know, but we only tried a handful of finished wines and only twice that amount in barrel samples – and that’s just not broad enough to hang a “Greatest ” tag on…just yet!

However it plays out with the full tastings at the end of March, what is clear is that we are onto something spectacular again. What we have tried so far are all superb, rich, powerful, sexy beasts with great structure, depth and almost magical promise. A few specific wines which will be worth keeping an eye on the release of are:

Both the Grand Vin and Pagodes de Cos, which were sublime. Cos itself was every bit as spectacular as the magnificent 2005 perhaps a tad fatter but with brilliant balance. Pagodes, with almost half the Grand Vin declassified into it, is off the scale. It’s without question the most impressive Pagodes I have ever tried and if you didn’t have the Gran Vin to compare it with you’d say it was a great Cos!! Jean- Guillaume thought his second wine could have rivalled many of his Grand Vin from years gone by… 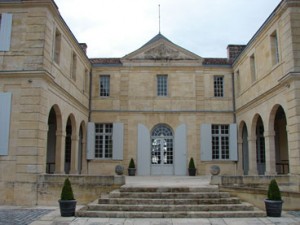 Slightly further south in the heart of Margaux, the irrepressible Alexander Van Beek showed us the component parts of his two estates. The ever-improving Chateau du Tertre (right)and the very famous Chateau Giscours, proclaiming that they are the finest he has ever produced in his 13 years of managing them. I have to say, tasting both Chateaux Merlot, Cabernet and even Petit Verdot was breathtaking and I really can’t wait to taste the final blend at the end of March. We had a bash at blending and even our amateur attempts were sumptuous. A highlight from across the river in Pomerol was the spectacular Chateau Petit Village. We have been watching this potentially great estate for a few years now. It has a fabulous location overlooking Le Pin, Vieux Chateau Certan, Conseillante and, if you go on tiptoes, Petrus. Its 2008 was very special but its 2009 is on another level all together. Oh, one more to mention was the impressive, understated Chateau Bellefont in St Emilion. Nestled in the centre of Troplong Mondot, Larcis Ducasse and Tertre Roteborff, this could be a little gem in 2009.

It’s too early to speculate on pricing, but having said that, the ‘market’ dictates what prices the wines sell for and with an ever increasing demand, especially from Asia, Bordeaux 2009 won’t be cheap – but the wines look to be brilliant and we will find our customers some great value. So turn off the heating, sell the car/kids/excess organs to save up for and sign up with us for the rollercoaster ride that will be Bordeaux 2009!!