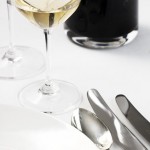 I have just been taking a small group of customers round Burgundy on one of our scheduled trips and, as you might imagine, we tried out a few of the area’s better restaurants as well as tasting wines and walking the vineyards. Here’s an update on some of them:

Le Montrachet (Puligny Montrachet)
It used to have a poor chef and a Michelin star; now it has lost its star but has an excellent chef, a revamped dining room and professional service – albeit at a deliberately leisurely pace which might not be to everybody’s taste.  Highly recommended though, if you have time to spare.

Le Chassagne (Chassagne-Montrachet)
The Michelin star has walked down the road to Stéphan Léger’s kitchen at Le Chassagne, where we had a terrific lunch, with the star dish being nicknamed liquidised frog. Its official title was “Truffes d’été aux artichauts, jeunes pousses et petites fleurs de Chez Raillon….et quelques grenouilles.”

Le Vieux Moulin (Bouilland)
One of the best meals of the trip was to Le Vieux Moulin, with first rate John Dory which was then surpassed by some of the juiciest pigeon I can remember eating. We were feeling full to the gills by the time the week finished, but I am starting to salivate again while reminiscing.