This Christmas, I’ll be dusting off… 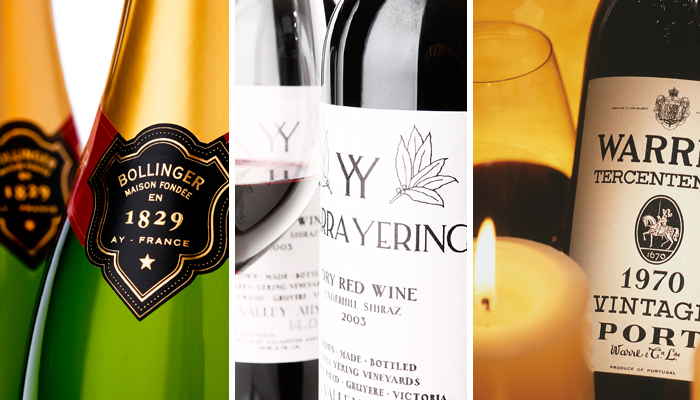 Having been asked on more than one occasion which wines from my cellar I’ll be dusting off this Christmas, I thought I’d jot a few words down for you all.

I have always maintained a sturdier red is needed for Christmas lunch, to pep up the blandness of turkey, cut through the bread sauce and sprouts, and cope with the whiff of cordite from party poppers – the debris of which inevitably ends up in one’s glass. Something warmingly punchy is no bad thing either, if it brings that blessed afternoon nap on sooner.  A 1999 Châteauneuf-du-Pape, Domaine de Vieux Télégraphe, in magnum, looks a good choice from my own cellar though 2003 Yarra Yering Underhill Shiraz, in magnum again, is neck and neck to qualify this year.

Preceding this we’ll have some Bollinger Special Cuvée, from a case I bought 2-3 years back – Bollinger always benefits from a little extra age. With some smoked salmon I might open a 2001 Mosel but sense will probably prevail and I’ll keep what stocks I have from this magnificent vintage as they are going to get better and better – a 2006 will do the trick, and a wine I buy nearly every year: Rudesheimer Riesling Kabinett from Leitz – a hock from a man who trained in the Mosel which offers superb, great value drinking. Aunts will like it too.

Vintage Port is often the most praised wine at lunches at 3 St James’s Street but all too often it is blamed for hangovers and Christmas blues – which is all most unfair. A good solution is to open and decant a bottle. I have 1970 Warre’s from two different merchants’ bottlings to compare and enjoy on Christmas Eve, and they will open up beautifully over the next 24 hours, or even to Boxing Day if the decanter lasts that long. Almost certainly, the last glass will show the best.

Vintages from the 1960s are pretty much all wonderful drinking now, though some 1963s are still youthful. We list a very sedate 1967 Cockburn  which sports a previous owner’s own label, that of his daughter Joanna to celebrate her birth. Stored perfectly since shipped it is now satisfyingly mature – presumably Joanna is faring as well as her wine. The 1970s are drinking very well, and the 1975s peaked a while ago but did eventually provide some reward – 1977s are good but many are yet really to show their best. The Symington Group’s wines of 1980 (Dow, Warre, Graham etc) are a notable success – while 1983 and 1985 are both generally showing well enough. Of the 1990s, the 1998 is worth a peak now – not a declared vintage but the 1998 Quinta do Vesuvio is utterly delicious already with a mass of fruit and no hard edges.

There’s every good reason to have a good sherry likewise to hand, Lustau‘s Oloroso Emperatriz Eugenia Solera Gran Reserva is as majestic as it name implies. Something to have secreted in your study, or any room designated child-free, to enjoy during moments of calm.

Come dinner and cold cuts, a white Burgundy with zest and spark is needed to give those flagging a lift and the Bret Bros’ zesty, energetic 2006 Pouilly-Fuissé, Clos Reyssié  fits the brief admirably. If Burgundy is to be followed by Burgundy then I’d be looking at a 2003, I have been enjoying this vintage which is more about fruit than anything and many are sumptuous and direct now – Patrick Rion’s 2003 Nuits-St. Georges, Argillieres should be spot on.

2 Responses to “This Christmas, I’ll be dusting off…”