Why amber is precious: orange wine 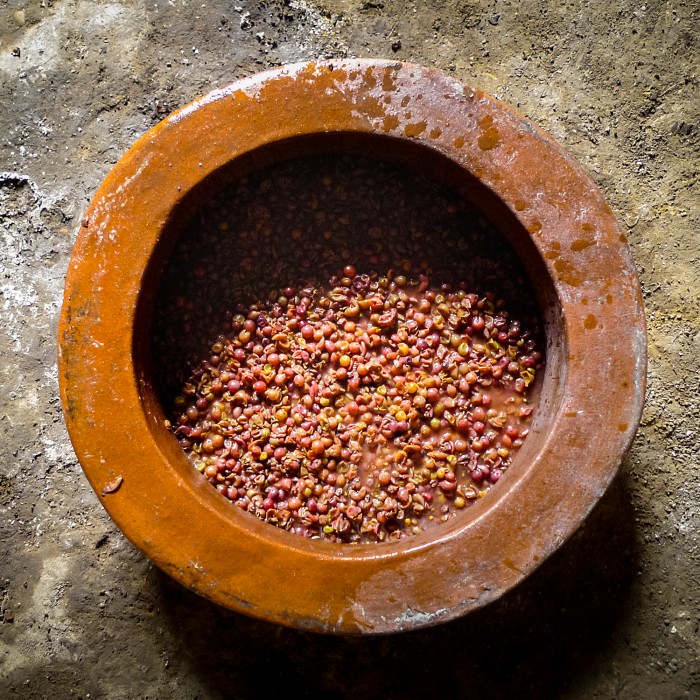 Skin-macerated whites were once a rarity savoured by curious wine-lovers, but now wine lists country-wide have a dedicated “orange” section. As his book Amber Revolution is released, orange-evangelist Simon Woolf argues why – when it comes to wine – we should be embracing shades of amber

I don’t need to be told that orange wine is hyped. My google alert for the term churns ever more traffic into my inbox, notifying me as everyone from the Littlehampton Evening Herald to Joe Winelover’s blog publish their virgin exposés on the style.

Most such pithy pieces treat orange wine as a curio that needs to be explained, demystified and examined as if it were an obscure but hip trend such as eating goji berries on your soya-milk porridge. The more intelligent hacks usually add, quite correctly, that the technique – of fermenting white grapes with their skins, instead of without – is as old as winemaking itself.

In some ways, they’re all missing the point. Orange wines are no more than a missing link, the rediscovery of a venerable technique that was conspicuous by its absence during the second half of the 20th century, when wine technology grabbed the industry in a stainless-steel embrace and soft-pressed all the colour out of white wines.

All wine-lovers implicitly accept the notion that red grapes make a radically different wine depending on whether they’re skin-fermented or not. No one expects the grand wines of the Médoc to taste or smell the same as a Bordeaux rosé made from Cabernet Sauvignon or Merlot. The grapes for rosé might be subjected to a very short pre-fermentation maceration, before being pressed, or letting the free-run juice just bleed off. They’re generally fresh and lively, with high acidity, simple primary fruit characters and a suitability for drinking young and enjoying with the accompaniment of sun, sea and banter.

Take the same grapes and throw them into a vat with their skins (and maybe some stems for good measure), and a vast array of flavour and aroma compounds are extracted, along with tannins and polyphenols that lurk in the skins. A few weeks of maceration, followed by prolonged ageing in oak, may well add oxidative components to the finished wine. Wine critics revere the additional dimension, awarding it notes of woodsmoke, sous-bois or sundried herbs.

Why then should it seem so odd if white grapes are treated in the same fashion? The skins of many white varieties hold a great deal more flavour and character than their flesh – humble grapes such as Trebbiano di Toscana or Welschriesling are transformed by a week or more of skin contact, suddenly putting on weight, gaining depth, texture and complexity.

If one accepts that the true characters of Cabernet Sauvignon, Grenache or Nebbiolo are not revealed in a rosé, why should regal varieties such as Chardonnay, Ribolla Gialla or Sauvignon Blanc show everything they have to give when they’re disrobed and fermented without their skins?

There are many practical reasons for including skins in a ferment. White wines fermented just with the pulp often need more support from the winemaker, both to complete their fermentation and to remain stable in the bottle. Their skin-fermented orange cousins, richer in natural yeasts and antioxidant compounds, tend to be far healthier and more stable, requiring little or no intervention.

The ability for orange wines to allow the winemaker to step back and let the grapes express themselves naturally increasingly endeared winemakers in Slovenia, Northern Italy and Georgia to return to this pre-technology method of working with white varieties. Over the last decade, the technique has spread worldwide – orange wines are now made on every continent.

The vast range of flavours – concentrated or dried fruits, herbs, nuts, green tea, umami hints, chamomile – and textures ranging from leesy and smooth, to grippy and boldly tannic has endeared orange wines to a whole range of drinkers who may never have previously believed that “white” was for them.

2013 Fog Monster, Chenin Blanc, Amador County, California, USA: This skin-contact Chenin Blanc is made by Andrea and Chris Mullineux, of famous South African producer Mullineux & Leeu Family Wines. Andrea is Californian and while the couple make this while out visiting her family. The fruit spends two weeks on its skins before being foot-trodden and pressed to concrete eggs, where it waits for 12 months. The result is a golden wine with notes of white stone-fruit and spice, while the palate has a tannic grip that cries out for hard cheeses.