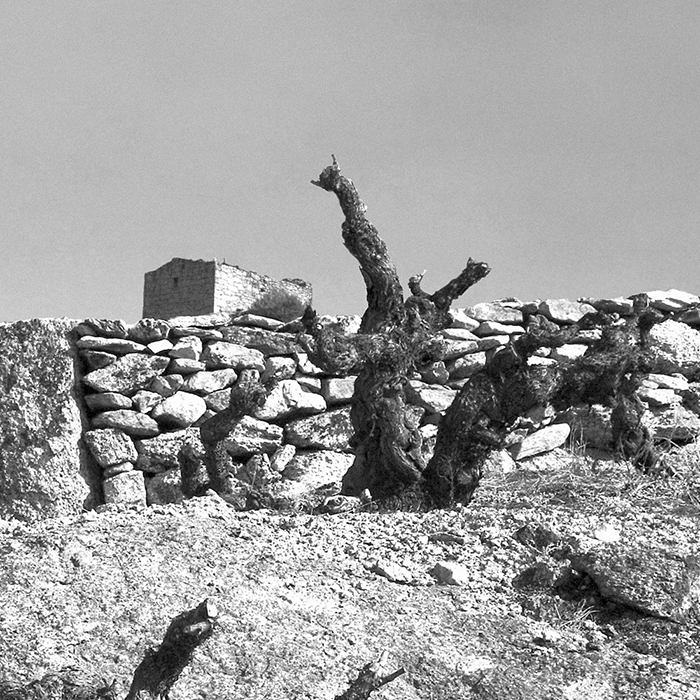 Rafael Palacios is a rare breed: a supreme Spanish winemaking talent whose heart lies with white, not red, grapes. Here, Sophie Thorpe talks to him about the moment he discovered Godello – and why he’s determined to get the grape the acclaim it deserves

“I was born in the wrong place,” Rafael Palacios says. Part of the wide-ranging Palacios dynasty (including superstar winemaker Álvaro), Rafael is the youngest of nine siblings (“There are many brothers and sisters,” he says laughing). He worked in the family business (Bodegas Palacios Remondo in Rioja) for many years, always feeling slightly out of place. “I am really passionate about white wine – the exception in the family,” he explains. It was this interest that inspired him to create Plácet – Palacios Remondo’s first white, and an icon in a new wave of white Rioja – the emphasis on primary fruit rather than new oak.

In 2004 he decided it was time for him to forge his own path. He moved to Valdeorras in Galicia, having fallen for Godello, a little-known white grape native to the region. “It’s my grape,” he explains. “I know Godello better than my kids. It’s my life.” When he first tasted it, he was struck by the intensity of fruit and freshness that seemed so much “more” than Albariño – offering deeper flavours and a rounder mouth-feel, creating wines that were better suited to food.

You can almost taste the Atlantic’s freshness and salinity in Galicia’s wines, but the climate is more Mediterranean than you might expect. Vineyards have been part of the area’s mountainous landscape since at least the 16th century. But in the 1970s, Godello – indigenous to Valdeorras – was close to extinction. In the wake of phylloxera (a louse that is deadly to vines and destroyed much of Europe’s vineyards in the late 19th century), the region’s unique vineyards and varieties, including Godello, almost disappeared, but today producers like Rafa are championing them once more, changing their fate and protecting the region’s viticultural heritage.

Over the last 14 years, Rafa has carefully sought out over 20 small and varied plots of Godello in Valdeorras. They range between 740 and 750 metres above sea-level, perched around the Bibei river, in dramatic scenery that is close to Ribeira Sacra (a region known for Mencía). Given the grape’s turbulent past, old vines are hard to come by, but he has managed to revive a few sites that were planted as far back as 1920.

But the region’s steep and scraggy landscape doesn’t make farming easy. The soils here are granite, varying only in the proportion of clay depending on their altitude they are so remarkably thin and poor (with not much more than a metre of topsoil) that cover crops between the rows are a requirement to avoid landslides or the terraced vineyards’ collapse. Rafa even uses a covering of straw in certain vineyards to help protect the precious topsoils, retain water and enrich the sites’ organic matter. It is this sort of attention to detail – in both the vineyard and cellar – that ensures each of Rafa’s wines are astonishingly good.

Godello, at least in his hands, could just be Spain’s answer to Chardonnay. Versatile enough to be made in anything from fresh, crisp styles through to barrel-matured, weightier versions; textured and age-worthy (Rafa suggests that current vintages of his wines will develop over 20 to 25 years): it’s an incredible grape.

Rafael Palacios is one of the few who has chosen to walk a white-only winemaking path, determined to prove the quality that can be achieved with Spain’s indigenous grapes. Tasting any of his wines is obvious evidence not just of the quality of Valdeorras’s terroir, or the Godello grape, but that he is a man of extraordinary talents.

2017 Louro do Bolo: Fermented in foudre (large oak), this is Rafa’s “entry-level” Godello. Yields were incredibly low in the 2017 vintage due to frost and drought, so the fruit is even more concentrated than normal. The nose is full of peach, crunchy pear and soft minerality, while the palate is taut, saline with a citrus and mineral intensity, with real palate weight creating a textured mouth-feel.

2016 As Sortes: Rafa thinks that 2016 (along with the ’12 and ’14) is one of the best vintages of the last 12 years. This, a step up from Louro do Bolo, is mineral and fresh, slightly muted with pithy citrus and a slight grassy edge. The palate is intense with a powerful whoosh of fruit, more pith and a mineral, smoky line.

Today marks the start of our annual spotlight on Spain; explore the range here, or find out more at one of our events.