On the road: reports from the California harvest 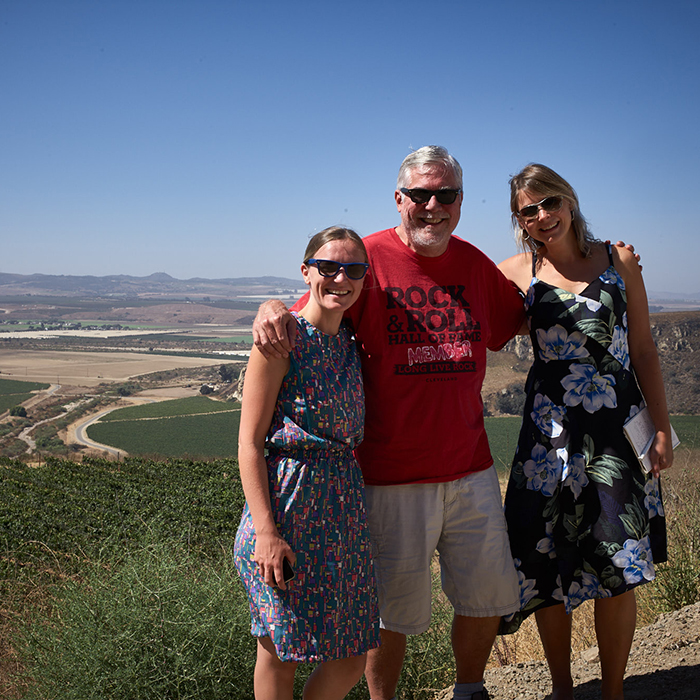 Currently touring California, visiting our wine producers in the region, our Buyer Fiona Hayes and Agency Manager Lenka Sedlackova MW are the envy of the business. As harvest gets underway, they report on how things are looking for the 2018 vintage in Napa, Sonoma and Lodi

The harvest in California is a little delayed this year (by one to three weeks, depending on location and altitude), due to a mild and cool summer without any significant heat spikes. Most winemakers we have visited enthused about low Brix (sugar levels) and the potential for elegance this year. David DeSante is particularly excited about the prospect of making an elegant and balanced Napa Cabernet, a wine at 13 percent alcohol, with perfect maturity, but real freshness – something that is not always easy.

So far, 2018 is shaping up to be an “European” style vintage, something that suits not just the style of the producers with which we work, but also most British wine drinkers. The Mendocino fires in northern California have thankfully not affected any of our producers, although the smoke traveling south makes for slightly hazy skies. Even as far south as the Santa Cruz Mountains, the smoke haze can be seen from the top of Ridge’s Monte Bello vineyard, hanging low over Silicon Valley.

Rutherford-based Frog’s Leap, true to their elegant and restrained style of Napa wines, were amongst the first in Napa to start harvesting. Picking commenced during the last week of August with Sauvignon Blanc and the rest of the grapes began to arrive in the winery the following week.

At El Molino, just nine miles up the road, Jon Berlin has picked his Pinot Noir and we were on hand to help with foot-treading the grapes. Jon looks for freshness and elegance in his wines, for which early picking is key, indeed his is picked before Chardonnay and gets about 70 percent whole-cluster fermentation. Tasting a vertical back to 1998, it’s clear these sophisticated expressions have the power to age.

Colgin Cellars are preparing to pick grapes this week. Chief Operating Officer Paul Roberts MS commented that this is the first time since 2011 that Colgin hadn’t started harvest before the Labour Day weekend. A cool vintage, indeed. 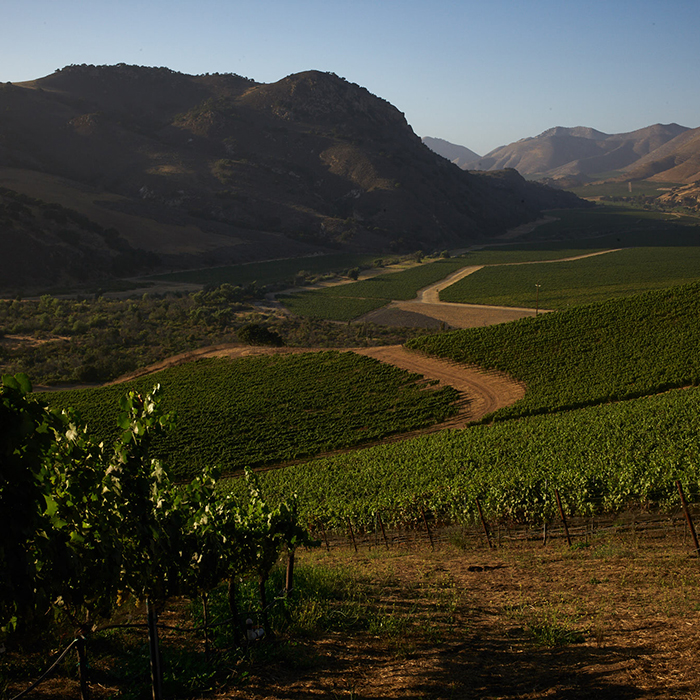 Over in Russian River, David Ramey has harvested fruit from his young Chardonnay vines in the Woolsey Road vineyard and is getting ready to bring in the rest of the Chardonnay from his Russian River and Carneros vineyards. Just a few days before our arrival, David and his wife Carla narrowly escaped a wild fire near their house, but their beautiful home is okay, thanks to the fast response from the local firefighting teams.

We arrived at Ridge Lytton Springs on the morning of 6th September to witness the first grapes coming into the winery, marking the start of the 2018 harvest for them. The Zinfandel coming in from the Lytton East site looked very healthy and Winemaker John Olney is happy with the quality. The excitement and concentration of the vineyard and winery staff was palpable, their attention to detail faultless, as we have come to expect from this long-standing Berry Bros. & Rudd favourite.

At Occidental (in Sonoma Coast), Steve and Catherine Kistler are preparing to pick their Pinot Noir in mid-September. They are very happy with the quality so far and yields are looking fantastic, too. Kistler commented that this was an unusually cold summer for them; when we visited them, the fog only parted and revealed the sun in the afternoon, and only then for a couple of hours.

Out west, Lodi is also in full harvest mode. Our friends Alex Krause and John Locke at Birichino have night-harvested their old-vine Cinsault from the Bechthold vineyard, the oldest Cinsault vineyard in the world. Our adventurous travelling companion and photographer Jason Lowe joined Alex and John for a 4am harvest on Thursday 6th September to get in on the action.

While much of the fruit isn’t yet in the winery, it looks like 2018 will be a fantastic vintage – offering just the sort of poise and finesse we look for.

Explore our range of Californian wine on bbr.com