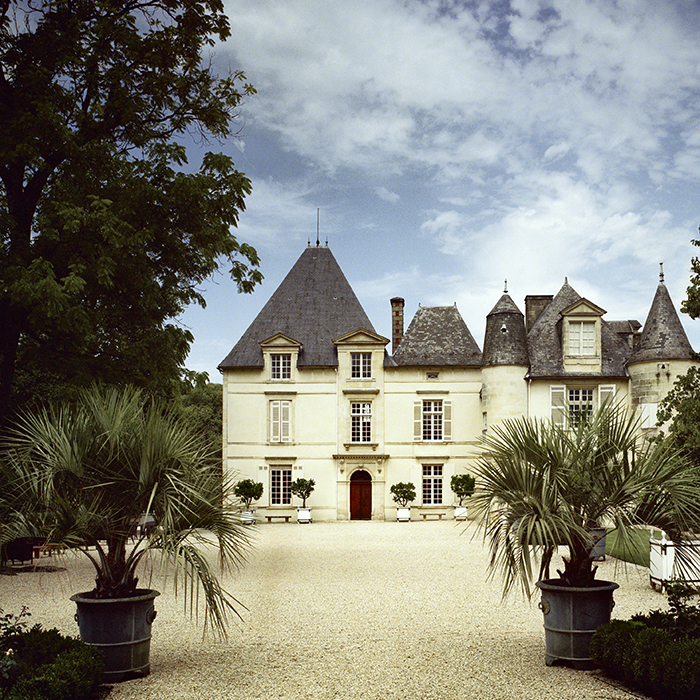 Bordeaux’s reds – great and glorious though they may be – steal all the headlines when it comes to the region’s wine. But, a classic blend of Sémillon and Sauvignon Blanc, its whites offer value and versatility; here Philip Moulin tells us why they deserve a place in your wine rack

In the 1950s, hard though it is to imagine today, over half of all Bordeaux vineyards were planted to white grape varieties. Admittedly the vast majority of the wine those vines produced were instantly forgettable – mostly dry whites from the Entre-Deux-Mers region, they were over-cropped, thin and acidic. However, the fact that today white wine accounts for a mere 10 percent of Bordeaux production, attests to there having been a seismic shift in consumer tastes over the last 50 or so years.

In many ways, those insipid dry whites of yesteryear did for white Bordeaux what Liebfraumilch did for German wines in the early ‘80s – in other words, ruined its reputation. That is a tragedy in many ways, but also means that white Bordeaux is now one of the best-value wines in the world. To the majority of our customers (in fact, this applies for most merchants selling wine above a certain level in this country too), if we mention Bordeaux, they think “Claret” (which is to say, red Bordeaux).

The Bordelais themselves are in part to blame here, for they have very successfully cultivated a brand image which revolves around the glossy, aspirational, expensive and conservative Grand Cru Classés – Margaux and Pauillac, the Rothschilds and the Bartons – grand names with grand prices, for people who “really know their wine”.  Buying Claret, particularly since it’s become an investment as well, has become an almost elitist occupation, and the younger wine buyers and wine educators in the world – the people buying wine for restaurants and the people serving them, often can’t conceive of even tasting these fancy names. They need something they can taste themselves and sell to mere mortals, without any snobbery or mystique. And how is a crusty-sounding white Graves such as Ch. Lalique de Bellegrave (an entirely fictitious example) ever going to find a spot on a wine list in Hoxton?

If I were to ask you what you might be serving at your barbecue this weekend, I’d bet 10/1 some sort of delicate rosé will be high up the list, followed probably by a crunchy Kiwi Sauvignon, possibly a glass of Sancerre (I’m excluding the reds here obviously), or maybe something more niche like a cheeky Roero or one of those new wave South African Chenins. What I’m sure very few of you will say is that you are reaching for a bottle of white Graves, or a dry white from Sauternes – because, for most people, these wines are simply not on the vinous radar.

This lack of understanding is not confined to the public, but is common within the trade as well.  I recently bought a case of white Pessac from a competitor, having tasted the wine blind in Bordeaux, and I could tell from the deafening silence on the other end of the phone as I was telling him how good it was, that he plainly thought I was mad, and was just delighted to be getting shot of this particular case.

So what is it, and why is it so good? All you really need to know is that white Bordeaux is made with Sémillon (mostly) and Sauvignon Blanc. Sometimes a little Muscadelle can creep in, and other varieties are allowed, but that only serves to complicate matters. Remember this: Sémillon provides the depth and breadth (the shoulders, if you like), while Sauvignon provides the aromatics and the nerve – the raciness. These are fabulous food wines; of the very few wines in the world which genuinely go well with fresh asparagus, white Bordeaux nails it. But you can drink them on their own too, so don’t be afraid to just open a bottle on a summer’s evening. Take the road less travelled, and set your own trend.

Our Wine of the Week is our Extra Ordinary White – a classic white Graves made by the team at Ch. Villa Bel-Air; find out more here.