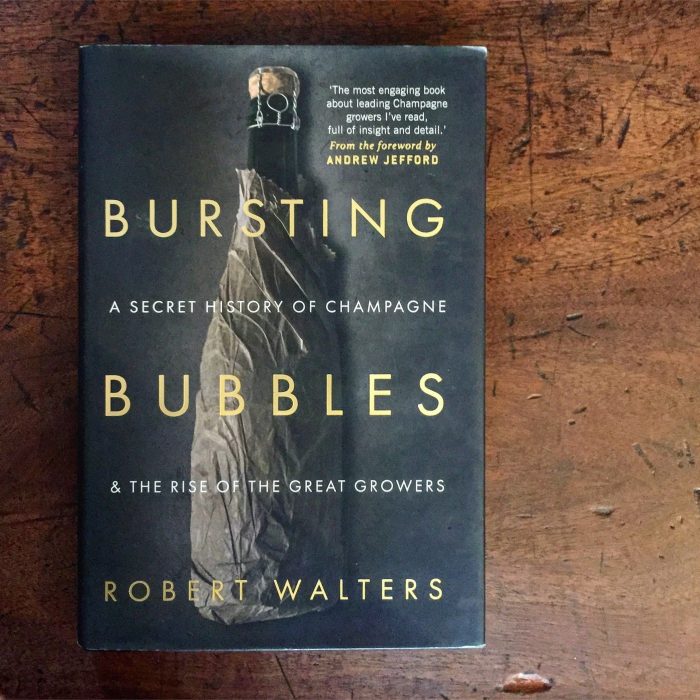 Robert Walters’ Bursting Bubbles, offering forthright views on Champagne and its establishment, has made waves since it was first released. Here, Edwin Dublin, Assistant Manager of our London Shop and in-house Champagne aficionado, offers his opinion of the book

I must confess I faced Bursting Bubbles – a book about one of my favourite wine regions – with trepidation. Having read earlier reviews, I thought it would be too opinionated and one-sided for me to derive any pleasure from it. And Robert Walters does express forthright opinions, often to the point of exasperation – but always just before positing an alternative viewpoint as balance. This is clearly shown in the book’s central theme: his preference for grower-producer Champagnes. The reader’s first impression is that, at least in Walters’ eyes, Grower equals good, Grande Marque equals bad; but later he states that, of course, only a small number of the several thousand growers can be considered great, or even good, producers.

It is also very personal. Until his liberating experience tasting Larmandier-Bernier’s Terre de Vertus, Champagne had never moved him. The book traces his ongoing conversion alongside an elliptical history of Champagne: its change from still to sparkling wine, the huge influence of merchants (and their modern equivalents, the Grandes Marques) on production and marketing of the region and the wines – or rather on “Champagne” – while “bursting” famous myths (such as the theory that a silver spoon retains an open bottle’s fizz) along the way.

Walters is unashamedly partisan as he describes the people, methods and wines of a selection of grower-producers, those who want to change perspectives – proving that Champagne can make terroir/vineyard-expressive wines, wines that are good for more than just smashing against ships. And all this he does without being afraid to chide his own, sometimes incorrect, presumptions.

My overall impression? It’s bracing book from someone I’d love to chew the fat about Champagne with. We’d most likely argue a bit (quite possibly a lot), before finally agreeing on many things. And if we did this over a glass of Cédric Bouchard in Storico Antico (a Piedmontese bar in Serralunga we both favour, with the most amazing Champagne list) – even better.

Bursting Bubbles: A Secret History of Champagne and the Rise of the Great Growers by Robert Walters (£18.99) is available to purchase on bbr.com and in our London Shop at 63 Pall Mall.