Notes from the vineyard: on reflection 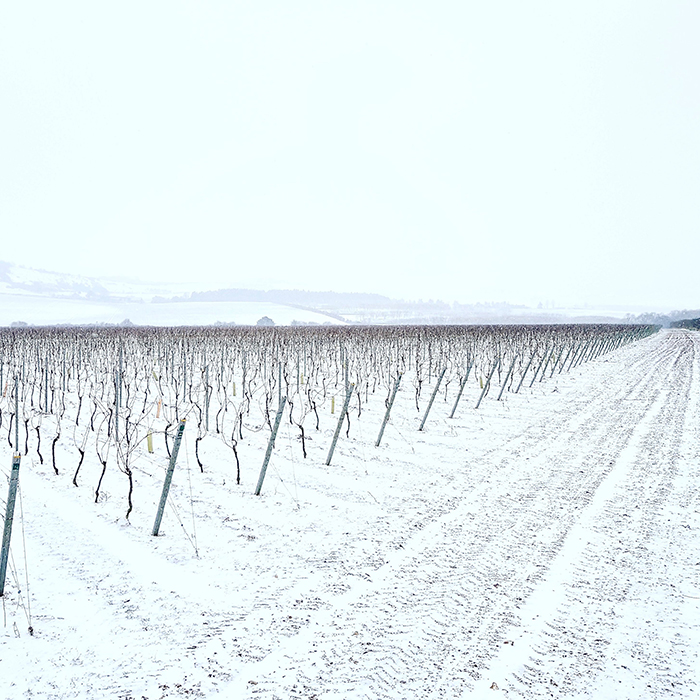 Hampshire snow on the Nyetimber vines

In our final post of the series, Brad Greatrix reflects on the year that has passed, and challenges new for all things happening at Nyetimber

With this post, we’ve come full circle in the winemaking calendar at Nyetimber. My first entry, in April of last year, described the anticipation leading up to budburst for the 2017 growing season. And now, here we are in March 2018 getting ready to bottle wines from that same season. 2017 was a season that was marked with an infamous start – most of the UK and Northern Europe was affected by an air frost on 27th April that substantially reduced yields for a huge tranche of wine regions, the UK included. However, apart from those few hours of cold weather, we ended up with a very good growing season in England. Rain seemed to fall at favourable moments, and there was plenty of heat through the summer and veraison periods. The end result was a delicious crop of balanced, ripe grapes. A well-worn maxim states that it takes great grapes to produce great wine, and the Nyetimber vineyard team certainly handed us a gem of a harvest to work with.

Bottling of the 2017 wines (including multi-vintage examples) will be taking place over the coming weeks. Although we’re only partway through the winemaking process (counting several years of lees ageing ahead), I’m very encouraged by the blends that we’ve been able to assemble. Despite a short crop, we’ve been able to create all of our wines this year, including those that only are made in particular vintages (Blanc de Blancs and Tillington). For Blanc de Blancs we look for Chardonnay parcels that are balanced and ‘complete’, and both our Hampshire and West Sussex sites offered up great base wines fitting that bill. 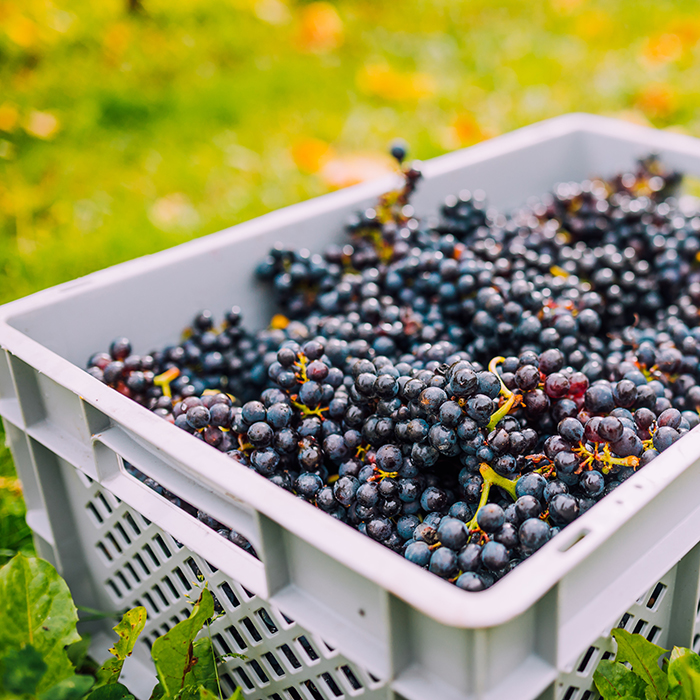 Our Tillington single vineyard wine was first bottled after the 2009 harvest after discovering an exceptional parcel of Pinot Noir on that site, and since then we’ve created Tillington in years when the PN is shining. In 2017, right from our first assessment of the base wines, it was clear that we would have to bottle Tillington – the exquisite combination of floral and red fruit aromas, delivered with power and yet a lightness of touch was evident right from the beginning. By coincidence, as we sent the 2017 Tillington to bottle, we’ll be releasing the 2013 Tillington in the coming weeks.

Meanwhile, in a similar scenario to what I reported last April, we’ve started keeping a closer eye on weather as temperatures start to warm up. A recurring question of late has been whether these recent cold snaps have any impact on the vines, and my reply is that for the most part the cold brings benefits.

First of all, the cold weather will help to synchronise all of the biological processes that are taking place in the vines. And second, the cold will help to delay budburst from arriving too early, thereby lessening the duration of the frost-risk period. After two consecutive frost-affected harvests, I think everyone in the UK will be hoping for a bountiful, or even “normal” harvest this year.

This is my final post for this “Notes from the Vineyard” series for Berry Bros & Rudd, and if you’ve joined me for all twelve articles then I must extend a particular heartfelt thanks. As always, if there are any questions or comments, please do post them below.

To read more about Nyetimber and browse the full range, click here.