On the table: Parsons 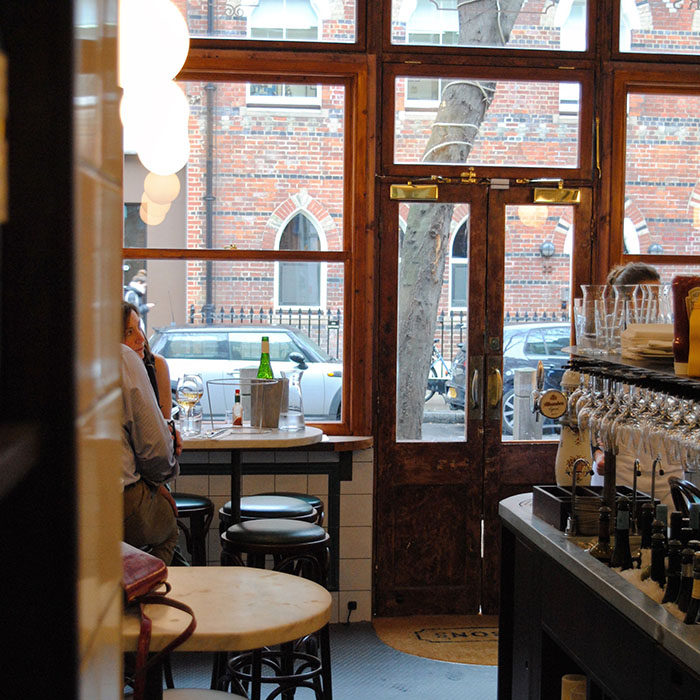 Parsons is the second establishment to open from the wine-minds behind Covent Garden’s The 10 Cases. We sent Sophie Thorpe along for an unexpected education in crab-cracking.

There was – perhaps – a greedy swagger as I steamed into Parsons, an arrogance in anticipation of the brilliance that lay ahead. Oh how hungry and foolish I was. Mine is not a tale of gastronomic success, mine is a cautionary fable – of how the mighty, eager and ravenous diner can fall from grace.

Until this fateful meal, I considered myself an almost sophisticated, worldly and adventurous eater – au fait with the correct cutlery to use, wise to the rules of the restaurant… Henry Higgins, I used to think, would be rather pleased with my manners – or at the very least, not appalled. How things have changed.

I arrived, damply glowing from the evening’s gloom, gasping for the zing of Sherry and something reassuringly fried. Fortunately a line of appealing snackettes ran along the top of the menu – and, alongside a generous pour of Manzanilla, in a haze of greedy angst, I gobbled down salt cod fritters (soothing, soft and salty balls of goodness lightly fried and perched on a smear of sweet and fiery red-peppered paste), brown crab pissaladière (a pretty round of pastry lathered with intensely dark, fishy paste with caramel-richness) and the – almost unspeakably good – potted shrimp croquettes – pure genius in a dish, defiantly different and deliciously English.

I gazed at the wine list – a glorious shoal of shore-friendly bottles, from zesty and fresh through to weightier whites. Clearly compiled with love, the list is at least 80 percent white, but a crest of reds and rosés features too, all perfectly suited to the food on offer (and I would expect no less from the team behind the stalwart 10 Cases, just across the road, and delivery service Drop).

Calling for a bottle of Txakoli (its lean and thrilling acidity designed for the Atlantic’s offerings), we dipped into a plate of seared little gem, dressed with a killer marinated anchovy, three of the best prawns I’ve ever eaten – grilled, slightly smoky, softly juicy – and a sprinkling of lightly fried samphire (a nod perhaps to Kricket’s stellar signature pekoras). Next were hunks of authentically Sunday-best, crispy and fluffy roast potato, looking rather incongruous alongside a curl of lightly charred octopus, but a slick of paprika-scented oil brought them together like awkward teenagers on a dance-floor – grinding to a patatas bravas-like groove.

And here’s where it all runs – triumphantly – downhill. I should add, not for the food, merely for its silly consumer. Like almost any decent fish restaurant, the mains at Parsons change daily, taking advantage of what the dayboats bring in and the resulting options are scrawled on tiles and mirrors around the room. Dover sole steals one seat at our table, while I gaze at this fishy wish-list and excitedly order fresh crab – because how often do you see crab in all its glory, majestic and pure – entirely naked? Almost never, I thought with gluttonous glee.

Of course, it was only when this grand beast landed in front of me that I realised I’d never tackled a crab. Tools were duly delivered – glimmering threateningly – and the crab gazed at me, tauntingly. My fellow diner realised instantly my error, and pleaded with me to ask for help – but I’d come too far, it was too late. So in I dove – channelling some false sense of bravado – and I seemed to be going well. I’d seen enough films that I cracked legs and extracted pure white meat (so delicately sweet, sea-salty fresh and utterly reviving), generously dragging the chunks through a pot of home-made mayo. 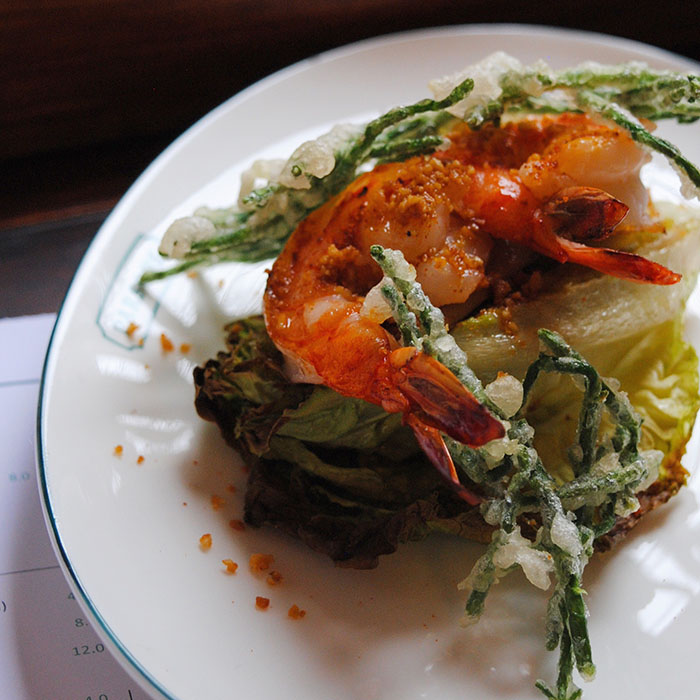 But, as the number of empty claws rose, so did my blood pressure. What was I meant to do with the rest – the main event, the heart and head of the crab? Turning it over revealed an unpleasant-looking mess, and no obvious way in. Nervously glancing to check for onlookers, I jabbed the goods. My firm poke offered no insight. I looked around to see if I could watch someone else effortlessly take on their crab, but to no avail. Still too ashamed to turn for expertise, and enthused by the progress I’d made, I realised – aha! – that Google existed. WikiHow to the rescue. The step-by-step guide suggested a gentle snap of the head and thorax would reveal more succulent flesh – and how I wanted more. So, although the crab in the picture did admittedly look a little different, I went in, confidently lifting the oozing object, and tried to gently lever it in half. It didn’t budge. Determined to save face, I tried again. It would not yield to my efforts. It was at least 20 minutes since either of us had actually eaten anything, and reluctantly I realised that I would have to turn to the staff, red-cheeked, begging for salvation from the shellfish hell I had made for myself.

As I confessed my blind arrogance, the kindly waiter smiled upon me (perhaps, I hoped, I was not the first?), but assured me there was nothing left to eat; my trauma had been for nothing. Stress turned to sadness at the idea that there was no more crabby goodness ahead. I delved into the lobster mash for comfort – where decadent hunks of lobster lurked in surprisingly light potato.

But as it disappeared, along with my humiliation – and despite the three generous courses of fish – the bavette steak sandwich started to sound extraordinarily good. As did the Welsh rarebit (both featured under “Desserts & Savouries”). Alongside a glass of Daniel Bouland’s silken Beaujolais and a refreshing Weissburgunder from Wittmann, they were ravished. The steak – layered with garlic and pickle, sandwiched in a soft, floured ciabatta roll – was better than any petit four I could wish for.

I didn’t want to leave. I wanted more fish, another steak sandwich, just a small glass of something else… Parsons, rather like 10 Cases, had wormed its way into my heart; with that inarguable sense of a “local”, suited to any occasion. As I did eventually waddle out the door, I knew I’d be back. For a plate of sardines and a glass of wine (the continental simplicity!), for another extended feast, and even for the crab.