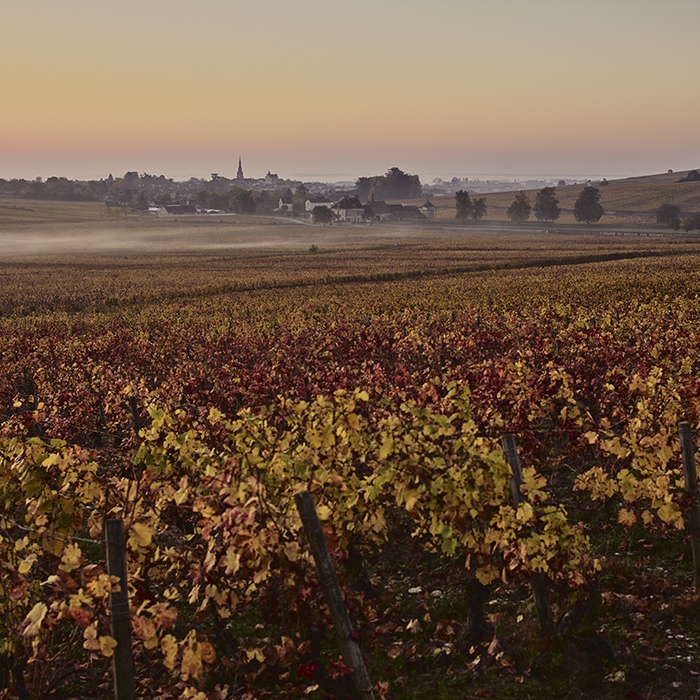 As January’s en primeur offering approaches, our team is back on British soil. Here, our Wine Director Mark Pardoe MW offers insight on one of the key factors affecting Burgundy 2016

It is an unvarying truth that, when assessing a new vintage in a series of intensive in situ tastings, one or two themes emerge during the sequence of visits that come to define the character and essence of the year. Of course, the severe spring frosts are the headline news for 2016 but, re-reading my notes from my two weeks in Burgundy in early November, two other more arcane topics are also a constant presence. Mildew and whole-bunch are referred to regularly in our descriptions for the wines, so merit further examination and explanation. Today, I’ll be considering mildew; tomorrow I’ll look at whole-bunch.

As if the Burgundian vignerons didn’t have enough to contend with after the 2016 frosts, nature hadn’t finished with them yet. Mildew, encouraged by a cool and damp late spring, appeared rapidly and voraciously. Producers who had already lost much of their crop to frost faced losing the rest to mildew.

Mildew, which comes in two forms, downy (also known as peronospera) and powdery (oidium) is a fungal disease and both forms attack the green parts of the vine, and can also infect the grapes if attacked before flowering. The result is either leaf fall, affecting the plant’s ability to photosynthesize, or reduction in berry size with mouldy flavours in any wine made from them. A severe attack of mildew can destroy an entire crop.

Treatment is by copper or sulphur sprays and contact spraying with these elements is acceptable under certified organic principles. Unfortunately, during rainy conditions, contact spraying is ineffective, as the residues are quickly washed away, and the only certain solution was to use a systemic approach. It is of paramount importance to treat vines immediately at the first signs of the disease; its spores can spread very quickly, and its momentum can be hard to stop without invasive intervention.

Certified organic and biodynamic producers faced particular challenges in 2016. Not everyone had mildew; the spores over-winter in the wood, so it depends on the sanitary health of the vine. For those that were affected, three examples perhaps help to sum up the challenges.

Domaine Rossignol-Trapet in Gevrey-Chambertin is certified biodynamic, so there was no option to use systemic prevention without the loss of their certified status. The brothers Nicolas and David and their team addressed the situation by an almost constant presence in vineyard during the danger period, applying and re-applying the contact sprays manually from backpacks. This was an extraordinary commitment of resource but, ultimately, justified.

Elsewhere in the village, the story is not such a happy one. Jean-Luc and Eric Burguet had already lost 30 percent to frost and, in the end, they lost a further 40 percent to mildew. Initially they tried to combat the disease with contact sprays but its spread was too virulent and, in the end, they had to abandon both that strategy and their organic status to be able to harvest anything at all. Almost traumatised by the events, they question whether they will ever seek to regain organic certification. They were not alone in facing this conundrum in 2016.

In Chambolle-Musigny, Frédéric Mugnier was more phlegmatic. While following many organic principles, he has never sought certification, believing it to be too proscriptive. Thus he was able to adopt a more flexible approach if necessary but, in the end, his view of the solution was more pragmatic. “Mildew,” he said, “is not a problem – as long as you can find someone to work the tractor on a Sunday.” Vigilance and immediate action was the answer.

Come back tomorrow for an article following the fashion for whole-bunch.

One Response to “Burgundy 2016: battling mildew”