Sicily’s time in the sun 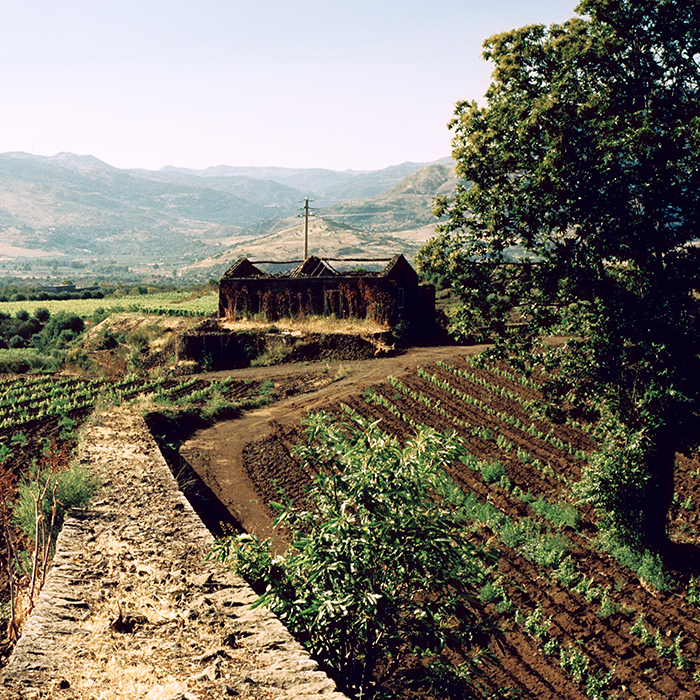 A new generation of winemakers has transformed Sicily’s reputation, proving the potential of the island’s extraordinary terroir. Here our Buyer for the region, Katherine Dart MW explains why Sicily – and Mount Etna in particular – is worthy of your attention

In winemaking terms, Etna is developing a reputation for fresh, defined, age-worthy wines; for indigenous varieties grown on lava soils and at altitude – elements that get those of us interested in all things vinous, very excited. Throw in a live volcano and you surely have something exceptional. In the wider context, this small region is still niche and relatively unknown to the majority of wine drinkers. The upside is that there is much to be discovered and the popularity of this region, and Sicily as a whole, will undoubtedly continue to increase.

But it was not always so. Like all Italian wine regions, Sicily has a considerable and ancient oenological heritage dating back to the Greeks, but if we jump forward to more recent history, it is fair to say that Sicily was a region awash with vines. Up to the 1980s, most of the area under vine was grown with the intention of producing bulk wines. Much of this extensive production is alleged to have been used to bolster the contents of bottles from more famous regions such as Piedmont and Burgundy.

In the 1990s the first major shift occurred, in part assisted by EU subsidies, with the arrival of oenological royalty like Giacomo Tachis (famous for Sassicaia, but also an influential figure behind the Falchini Vernaccia di San Gimignano we list) furthered this process significantly. Producers like Planeta started to make a name for themselves, further establishing the move toward quality and regional delineation. The potential of this island was secured when the desire for indigenous varieties took hold across the developed wine-drinking world. Sicily is home to a host of native grapes, many of which are pinpointed to specific sub-regions. Etna is the perfect example of this, with Carricante and Nerello Mascalese growing only on the slopes of this active volcano.

The continued momentum surrounding these changes is thanks to growers like Alberto Graci, who have embraced the possibilities offered by the island’s unique appellations and have worked tirelessly to promote the production of quality wines. Indeed, Alberto effortlessly embodies all that is exciting about the new generation of young winemakers emerging in Italy – he possesses a passion, drive and purpose that is unrelenting and manifests itself in a desire to produce high-quality, site-specific wines from an area he is devoted to championing. 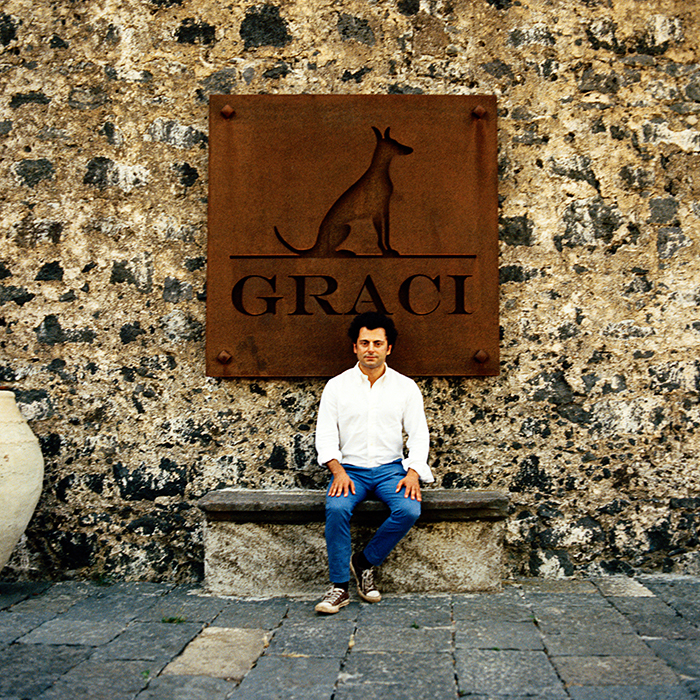 Winemaking was already established in the Graci family – Alberto’s grandfather made wine and grew vines in the centre of the island, though the emphasis was on quantity rather than quality. Alberto himself started out life as an investment banker in Milan, having left Sicily to study in Rome. Things changed after his grandfather died, and in 2004 he returned to his homeland. He bought vineyards on the north-eastern side of Etna, in Passopisciaro, and the story of Graci as we know it began. Recently, Alberto has embarked on a joint venture with the famous Piedmontese producer, Antonio Gaja. Gaja’s decision to invest in Etna further highlights the potential here.

But why is Etna so remarkable and unique? There a numerous elements, but four (which are integrally linked) stand out. Firstly, there is the climate: the vineyards benefit from the Sicilian sun, while enjoying the moderating influence of altitude (Alberto’s vineyards range from 600 to 1,000 metres above sea-level). Secondly, the soil; very few regions can claim both old and young soils quite like Etna. On the one hand there are old, volcanic soils, but there are also young soils being continually rejuvenated by the airborne volcanic ash, or in some cases, fresh lava flows. Thirdly, many of the vines are ungrafted, having been spared the unrelenting spread of phylloxera (a deadly pest that destroys vineyards) – thanks, once again, to the black lava soils. In fourth, but by no means last, place are the indigenous varieties that thrive on the slopes of this volcano. The two rising stars are Nerello Mascalese and Carricante (Graci also has small plantings of Nerello Cappuccio and Cataratto). Nerello Mascalese manages to embody weight and breadth with elegance, precision and complexity; while Carricante is a very special beast indeed, producing white wines with an energy and vibrancy that defies expectation.

Sicily and Etna are only just starting to show us what they have to offer, just “coming of age” as some critics have observed, but the quality on offer is already extraordinary. The vinous delights available from this unique landscape are a must for a discerning drinker: they are authentic, versatile and – most importantly – bring much pleasure.

2016 Etna Bianco, Graci (£20.75): A blend of 65 percent Carricante and 35 percent Catarratto, this is Graci’s entry-level white. It has perfumed aromas of white peach, grapefruit and a hint of mandarin on the nose. The palate is energetic yet poised, with lively acidity, a concentrated stone fruit and citrus core, and a lingering saline finish. Drink now to 2018.

2014 Etna Rosso, Contrada da Arcuria, Graci (£39.95): Grown at 600 metres above sea-level on rocky lava soils, there is a delicacy to the form of this wine that belies its concentration. Perfumed cherry fruit and citrus peel layer with coal and refreshing acidity. It’s very persistent. Drink 2018-2021.

2014 Etna Rosso, Feudo di Mezzo, Graci (£42.75): This single-vineyard wine, from a site just below Graci’s cantina, sees Nerello Mascalese blended with a small proportion of the darker, more brooding, Nerello Cappuccio. Structurally, this wine is bolder than their entry-level Rosso or intensely decadent Barbabecchi, but it seduces with ripe, smoky berry fruit and complex finish. Drink now to 2020.

Explore a range of Sicily’s new wines on bbr.com

One Response to “Sicily’s time in the sun”