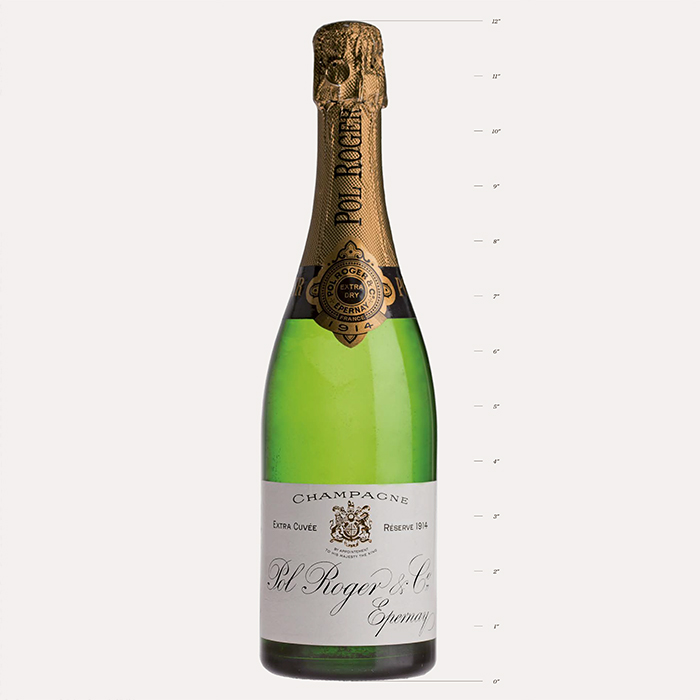 Could Brexit mean the return of the pint-sized Champagne bottle? Hubert de Billy – great-great-grandson of Pol Roger – contemplates the past and future of one of the most unusual bottles in our cellars

Since our foundation in 1849 by M. Pol Roger, my great-great-grandfather, we have remained family-owned and independent, both commercially and in outlook. The UK has always been the most important export market for Champagne Pol Roger and our relationship with Berry Bros. & Rudd has long been integral to this. Indeed, Pol Roger Champagne was distributed in the UK (predominantly London) before we started selling in France.

It was with the 1874 vintage, widely recognised as one of the great vintages of the period, that the Pol Roger name was established in the UK and became the drink of the wine merchants, the Clubs and the City. The first order for the Royal Cellars was confirmed in 1876 and we were awarded our first Royal Warrant to Queen Victoria in 1877. The 1874 vintage was also historically significant because it was the first to be bottled in pints (together with halves and bottles). All subsequent Pol Roger vintages, until 1973, continued to be bottled in halves, pints, bottles and magnums.

The pint-sized bottle was favoured by our most celebrated exponent, Sir Winston Churchill. The recently launched 2008 vintage marks 100 years since the first documentary evidence of Churchill buying Pol Roger, in 1908. Churchill’s enthusiasm for the imperial pint was founded in practicality, he deemed the format “enough for two at lunch and one at dinner”. It also lent itself beautifully to consumption from a silver pint tankard, Churchill’s drinking vessel of choice.

When Churchill died in 1965 my aunt, Odette Pol Roger (whom Churchill had, famously, met at a lunch at the British Embassy in Paris late in 1944 after the Liberation and formed a lifelong friendship), declared that Pol Roger was “in mourning” for their greatest friend and supporter. Hence, we put a black band on the edge of the label of the non-vintage White Foil (as Pol Roger Brut Réserve was formerly known) which remained until 2002.

Fortunately for Churchill, he never had to learn of the cessation of pint-sized bottles; the final vintage to be bottled in pints was the 1973, for shipment to the UK. When the UK joined the European Economic Community in 1973, with its membership confirmed in 1975, the pint bottle was no longer authorised under EU law.

While Brexit poses a number of challenges to the wine trade, one possible upside to emerge might be the return of the pint-sized bottle. It remains to be seen how the law will change in the UK, however we have started to discuss the possibility of sourcing pint bottles from our glass supplier. By virtue of the fact that we age our non-vintage Champagne for four years, and vintage for up to 10, this will be a long-term project, but one we feel confident that Churchill would approve of.

While not currently available in pints, you can find out more about (and buy) Pol Roger’s superb Champagnes on bbr.com.