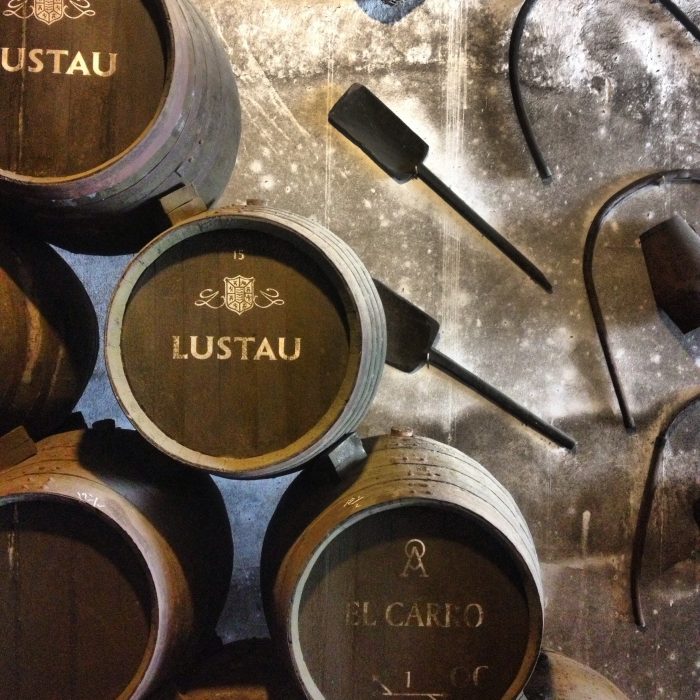 Escaping to Andalusia for an investigative excursion, Alice Cave embraces local life in Jerez – where siestas, long lunches and plenty of Sherry make for an excellent trip

Recently trading London’s grey skies for some dependable Spanish sun and sea air, it took me just a day to slide into the more relaxed pace of Andalusian life. Kindly invited by a colleague and friend, I jumped at the chance to revisit this corner of south-western Spain because I adore one of its most prized treasures: Sherry.

Produced within the small Sherry Triangle, formed by the towns of Jerez de la Frontera, Sanlúcar de Barrameda and El Puerto de Santa María, Sherry is a diverse fortified wine that is all too often associated with old bottles collecting dust at the back of Granny’s drinks tray. Many make the mistake of thinking it is all sweet, but the truth is many of the finest Sherries are dry, intense and wonderfully complex.

Flying into Jerez airport on a Wednesday morning, I was met by my host and two friends, before moving on to Jerez de la Frontera. Our first appointment was with Fernando de Castilla, not a producer we stock but whose Sherries are renowned for being world-class and this was soon confirmed as we moved from barrel to barrel, sampling Fino, Palo Cortado, PX and many more. It wasn’t just the Sherries that shone, their Brandy de Jerez and Vermouth were outstanding too (so much so that I bought a bottle of each).

Our second visit that afternoon was with a much smaller, husband and wife run operation, Urium, whose sherries were among the very best we sampled. Rocio let us try her father’s sublime and much beloved Oloroso which had an average age of over 50 years – a very special moment indeed.

We devoted the entire following day to our third and final visit, Lustau, which has a long-standing relationship with Berry Bros. & Rudd on the back of their excellent range, including my favourite Palo Cortado VSOR. We were shown around some of their vineyards by Federico before he took us to Sanlúcar to visit Pepe, one of their almacenistas, and treated us to a very spoiling long lunch where I had my first taste of ajo blanco at La Cruz Blanca.

Ajo blanco is an ancient dish known as gazpacho’s older brother, dating back to at least the 16th century. Based on blended garlic, almonds, bread, water, salt and olive oil, it is often served with fresh fruit such as grapes or melon, and I fell in love with the dish immediately. The texture was exquisite and something everyone should try. Lunch was washed down with Lustau’s excellent Los Arcos Amontillado.

Another culinary highlight was family run Casa Balbino. Seventy-five years old and set in Sanlúcar’s vibrant main square, it has a reputation for attracting the rich and famous, although it is actually rather relaxed and unfussy. Here I tried mojama (sundried tuna) for the first time and tortillitas de camarones (shrimp fritters) – these were sensational and lived up to everything I’d heard about them. Balbino do the best fritters, and they were perfectly matched with a thrillingly saline Manzanilla, served ice cold.

Tasting so many exquisite but rather alcoholic Sherries in the Spanish heat meant that finding a suitable afternoon beverage that wouldn’t require an immediate siesta was a top priority, and I found it in the form of a “rebujito”. A large glass filled with ice cubes, a healthy measure of Fino, topped up with lemonade and finished with a sprig of mint: it is delicious and highly recommended.

The Sherry Triangle is well worth a visit, clearly for its fantastic fortified wines, but also its culture, long lunches and relaxed way of life.

For a taste of Jerez a little closer to home, browse our range of Sherry on bbr.com.

One Response to “Eat, drink and sleep: Jerez”