Notes from the vineyard: flowering 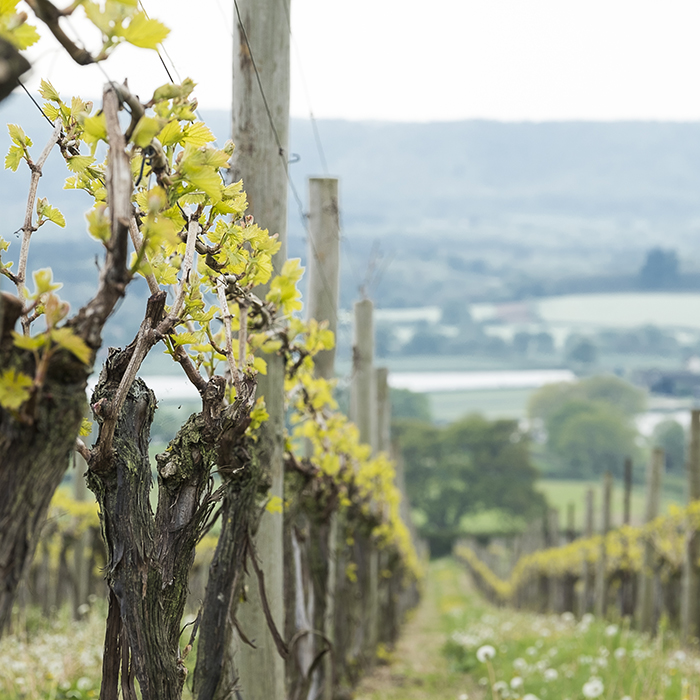 A row of vines, proudly bearing their second budburst at Nyetimber

For those that have been following this series, you’ll recall I mentioned that two critical periods during the growing season are budburst and flowering. Towards the end of June is when the flowering process will take place in English vineyards – or at least that’s when it normally occurs. In my April post I looked at budburst and the hazards of that time of year. With an early budburst comes the risk of frost, and unfortunately both of those things unfolded this year.

Consequently, affected vines (about half of our production) have had their primary buds damaged by the cold, and we are now dependent on secondary buds that will take their place. There is a yield consequence to that, as secondary buds are always less fruitful, but also it delays the development of this year’s shoots. We’ve gone from an “early” budburst year to a “late” one, meaning we are more dependent on warm summer weather to push on ripening, and flowering is more likely to occur in July.

Fortunately, frost doesn’t necessarily impact on quality, but it’s hard as a grower not to get a little emotional over the lost crop. (If interested in reading further about frost, there have been some excellent articles recently, including Will Lyons on this blog, and Victoria Moore in The Telegraph). 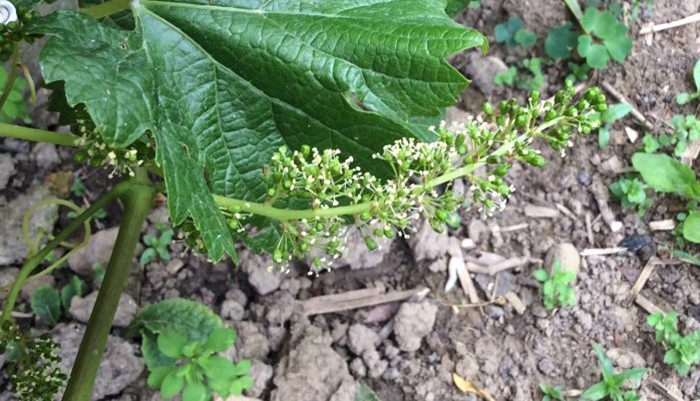 Flowering in the vineyard at Nyetimber

Next on the calendar for the 2017 growing season is flowering. As the young shoots are developing during the season, they start out with what look like tiny clusters of grapes. They aren’t, however, quite grapes yet – around the end of June (or early July this year), a tiny white flower unfurls at each position where a grape will eventually be. If that flower is successfully pollinated it will become a berry, so better pollination means more fruitful bunches.

Grape vines are self-pollinating, meaning that they don’t require insects for the process, but that makes them even more dependent on weather for success. Too much wind, or particularly rain, and the pollen can’t reach its target. The consequences are loose, open bunches with very few grapes, and low yields for the season. Or, if the weather is cold during flowering it can extend the process out over two to three weeks, meaning that within a bunch there could be grapes with 10 to 14 days’ difference in development time, which makes picking decisions difficult further down the line.

In 2016, we had the double effect of a spring frost and wet weather during flowering, meaning there were fewer bunches per vine (on secondary buds) and fewer bunches per grape due to inefficient pollination. Therefore the yield from last year was low, but the wines of 2016 turned out to be great in quality because we had a hot and dry summer, particularly from August onwards and we achieved full, even ripeness. Now in 2017 we’ve started off with the same frost, but let’s hope for more fruitful weather in June and July.