Notes from the vineyard: a waiting game 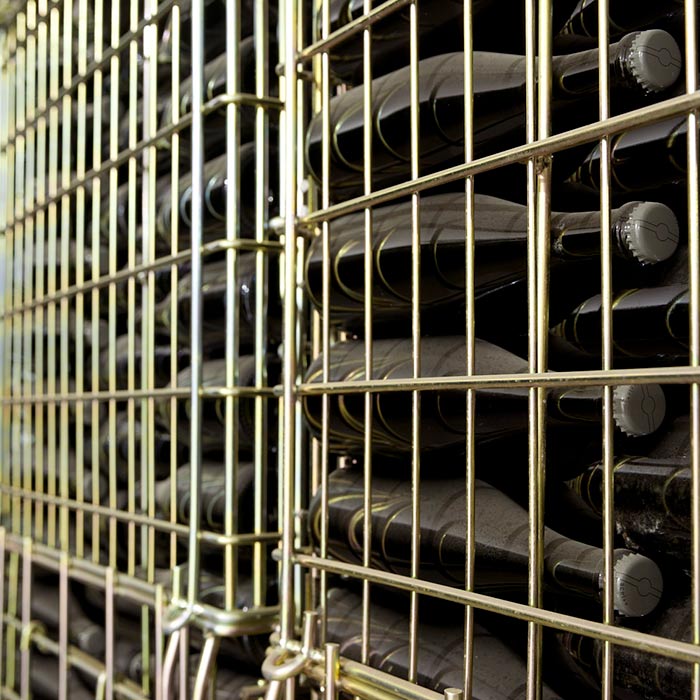 Continuing our series following life at Nyetimber, this month winemaker Brad Greatrix explains exactly what happens to the wine during and after its all-important second fermentation

In English vineyards we’re currently in between two important viticultural stages – budburst and flowering. We discussed budburst in the previous instalment of this blog, and I’ll cover the all-important flowering next month. In the winery though, May is the month where we’re finishing up bottling for the year at Nyetimber – in this case, I mean the 2016 and multi-vintage wines blended from last autumn’s harvest.

At Nyetimber we focus exclusively on sparkling wines and all of them are bottled in the traditional method. This method is one of the oldest ways of sparkling wine production, whereby the bubbles are achieved by adding a yeast culture and a measured amount of sugar to a blend at the time of bottling. Yeast will consume the sugar during this “second fermentation” (the first having produced the still base wine) and the result is that alcohol and carbon dioxide are formed. Because the bottles are sealed during the fermentation, the carbon dioxide dissolves into the wine, and the bubbles are made.

There are several methods to achieve “sparkle” in a wine, for example, by a second fermentation in tank, but the traditional method is by far the most qualitative. This is because after the fermentation is complete, it’s possible to age the wine in contact with the yeast (or “lees”) for extended periods of time to develop complex, refined flavours. 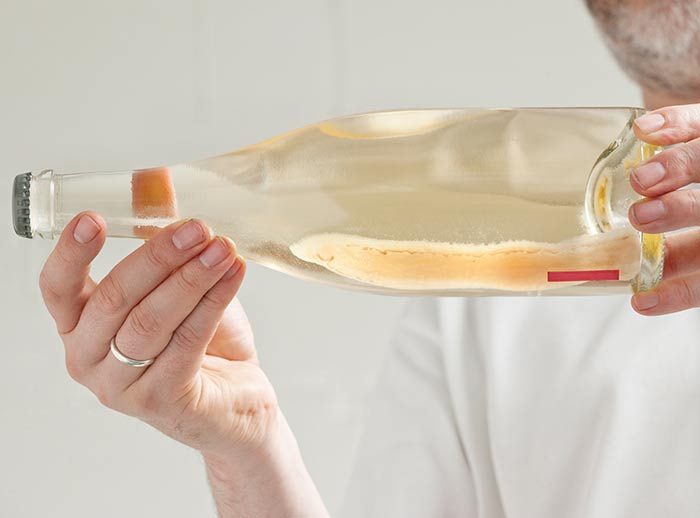 A common misconception regarding this ageing process is that the yeast cells are simply releasing flavour compounds into the wine. Although this happens to a certain extent, the most interesting flavours from this ageing process are actually achieved by the yeast releasing pre-cursors which combine with wine-derived elements to produce new flavours. The best-known of these flavour compounds are produced by the Maillard reaction (pronounced “my-yard”). Maillard flavours result from the combination of amino acids (yeast) and trace sugars (wine).

Even if you’re not familiar with them by name, you’d recognise the aromas because they are also produced in the baking of breads. In a warm oven these reactions can proceed very quickly, but in a wine bottle resting at 12˚C it can take years. Unfortunately, there is no way to rush the process – if a wine is bottled with yeast but the ageing process isn’t long enough then these flavours can’t be achieved. In the interim there are some very charming, transient flavours left over from the fermentation process itself; however, the “sweet spot” for really delicious sparkling is when these fermentation aromas have subsided, Maillard flavours have arrived and there is still a freshness from the base wines themselves. Exactly when this moment arrives depends on the wine and the vintage, but it usually requires at least three years of ageing.

Besides the flavour benefits of the traditional method, there are also some textural benefits. By ageing the wine with yeast for a judicious amount of time, bubbles become finer and gentler. The palate also becomes more full and complete, although the time to achieve this is usually at least 30 to 36 months in bottle. The wines that we are bottling this spring will be tasted every six to 12 months by Cherie Spriggs and I, but we can expect that it won’t be until perhaps 2020 that they start to enter into a quality realm that we would consider moving on to riddling and disgorging (we’ll discuss these topics in later posts).

As you can see, for all of the qualitative aspects of the traditional method, there is also a lot of patience involved. The bottling process needs to be executed with care to ensure the wines are balanced and the yeast cells are well prepared (literally and figuratively) for their fermentation task. And then we wait…

Read Brad’s first post here. Next month we’ll be heading back into the vineyard.

One Response to “Notes from the vineyard: a waiting game”