The Barolo of the South 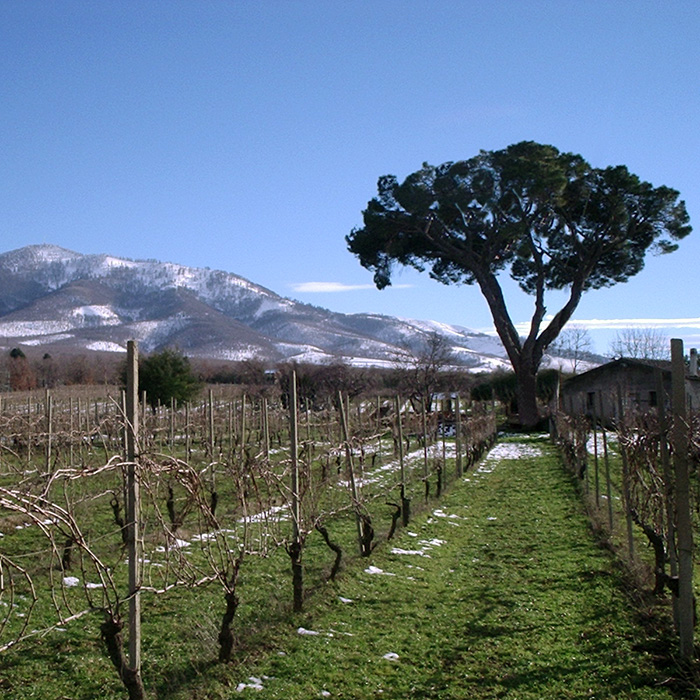 Confirmed Italophile Chris Pollington looks back on his vinous journey, from first taste of Tuscany to a quest for the new and unusual, singing the praises of his current grape of choice: Aglianico, the South’s answer to Nebbiolo.

It’s now over 30 years since I took my first wine exam and almost 20 years since I joined Berry Bros. & Rudd. France has always been the go-to wine-producing country for the British and, back in 1986, it held the lion’s share of the WSET (the Wine and Spirits Education Trust) syllabus, but even then I found the few Italian wines that I tried fascinating and unique.

Bordeaux is most people’s first vinous love: the quality is good and consistent; the flavours and balance are easy to understand. For me the Italian equivalent to Bordeaux is Tuscany, where the Sangiovese grape holds sway, aided in many wines by the Bordeaux clan of Cabernets (Franc and Sauvignon) and Merlot. Here again, the balance and flavours, while a little higher in acidity and sometimes tannin than Bordeaux, are easily read, understood and appreciated. It’s easy to see why it was my favourite Italian region for many years.

As time has gone by, I have found myself seeking out the more quirky and unusual vinous gems, taking my search in France to Burgundy and the Rhône, and – in Italy – initially to Piedmont and thence to almost every corner of the oenologically diverse country. In my mind the great Nebbiolo wines of Piedmont, Barolo and Barbaresco et al, have much in common with the great wines of Burgundy. Rich in aromatics, with layers of complex and varied flavours, their high acidity makes them superb food wines. Their fondness of home and a refusal to show their full potential if planted elsewhere is also a trait shared by Pinot Noir.

For an Italian equivalent to the full, rich and spicy wines of the Rhône, I would head to Italy’s south, where there are many great wines made and sold at very reasonable prices, just waiting to be discovered. My favourite grape variety of the moment is Aglianico, possibly the Italian South’s greatest variety. (Hear me out Negroamaro and Nero d’Avola fans!) There are two major areas of production, both now with their own DOCG (Denominazione di Origine Controllata e Garantita) categorisation: Taurasi in Campania and Aglianico del Vulture in Basilicata.

Taurasi’s DOCG is high in the Apennines at around 400 metres above sea-level, in the province of Avellino, 90 kilometres from Naples and 80 from Mount Vesuvius. Unsurprisingly the soils here are volcanic, the eruptions of countless millennia helping to add complexity to the grapes grown in these ancient soils. On a visit to the region in March 2013 I was stunned to see the Aglianico vines growing, as though they were small trees, to a height of around two metres and planted far apart in what can only be described as a steep field, on the property of the enigmatic Luigi Tecce. The vines were not the only surprise Luigi had for us, one of the outbuildings on his plot contains his own “museum” filled with Roman artefacts dug up in his vineyard, proof of the region’s history of wine production that stretches back at least 2,000 years. 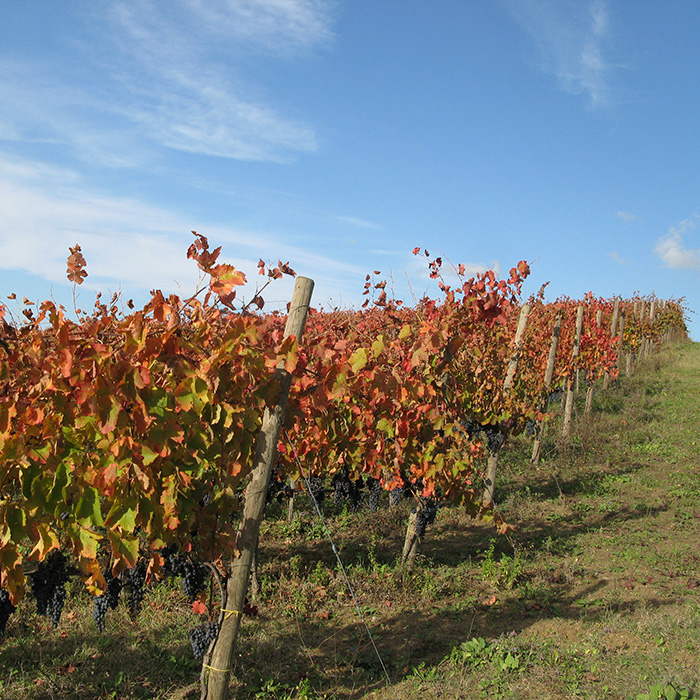 Aglianico del Vulture hales from Italy’s most sparsely populated region, Basilicata. The DOCG is based around the city of Melfi in the north-eastern corner of Basilicata, high on the slopes of the extinct Volcano, Monte Vulture. Again the soils here are volcanic and the site is ancient. The production here was once dominated by a couple of big producers, but in the last decade or so many of those who previously sold their grapes have started making their own wines, reflecting their particular vineyards and their own interpretation of the region’s style.

The wines made under both DOCGs vary enormously, from reasonably light wines, with dark fruit and soft tannins, through to big, heavy, tannic wines for long ageing. Some of the wines are made in quite a “modern” style, with some time in French oak barriques and an emphasis on ripe, berry fruit. The best wines for me though are made in a more “traditional” style, with long maceration on the skins, followed by several years in large oak botti. These wines have supreme balance, depth, complexity and wonderful length, achieved through the long growing season (harvest here is usually in November). Even within the traditional camp, the styles vary widely, as was perfectly demonstrated at our Italy Grand Tour Tasting in June where three completely different expressions of Taurasi were on show: from Luigi Tecce’s 2012 Poliphemo (elegant, fine and cerebral – one for the cellar), Michele Perillo’s 2006 Riserva (dark, heavy and tannic – come back in 10 years) and Mastroberadino’s 2006 Radici Riserva (more “user-friendly” – open and enjoyable now, but with decades still ahead of it).

The last word on this should probably go to the finest wine made in my birth year, Mastroberardino’s 1968 Taurasi Riserva, which was still stunning on my 40th birthday: all elegance and finesse. I believe it is still drinking well now, so perhaps I’ll try and track down another bottle for my 50th!

Even after my 30 years of exploring Italy’s great wines, I feel I have still only scratched the surface of what this great and amazingly diverse wine producing country has to offer. There are new great wines emerging all the time, from previously unknown grape varieties, from “unfashionable” regions, from new, exciting and excited winemakers. I’m just off on holiday to the Abruzzo for the first time, I will report back!

Find out more about Aglianico on bbr.com. This article was originally published as a supplement for Cellar Plan members.