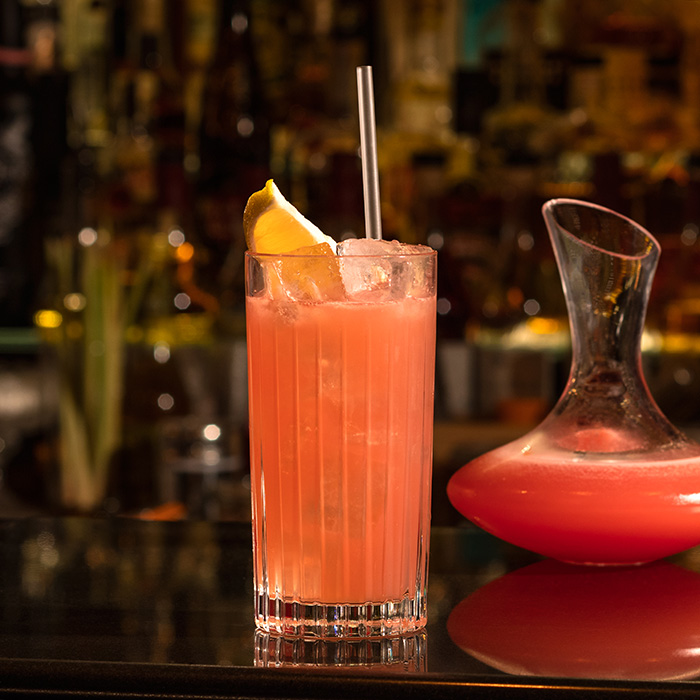 In the fourth of our summer-inspired cocktails, Amanda Baxter picks a mouth-watering punch spiked with spiced rum.

From the mid-1600s to the mid-1800s if you walked into any drinking establishment you were likely to find a bowl of punch. A sociable practice that engendered friendships, it was considered rude to leave until the “flowing bowl” has been emptied. The 1869 Steward and Barkeeper’s Manual suggests that punch is in fact “the oldest of all made drinks”. It goes on to state that “all the ingredients are so amalgamated that no single one is more perceptible than another”. This idea is rather at odds with today’s cocktails which are all about one element standing out, be it bitter, a fruit or the spirit itself.

The term “punch” itself is from Sanskrit; meaning five, it refers to the key principals of creating a balanced drink: four parts strong, three parts weak, two parts sour, one part sweet. The fifth element is the spice, which is already incorporated into our Mauritian vanilla-spiced Pink Pigeon Rum.

Unfortunately various aspects of the modern world, from industrialization to the rise of the bourgeoisie, stole away the popularity of this jovial practice, with emphasis on the individual rather than the group. By the mid-1800s the quality of alcohol was also on a steep upward curve, meaning the need to disguise the spirit’s flavour was less necessary, and simple spirit-forward drinks like the martini rose in popularity.

For me, punch still has its place: a social gathering requires a social drink. This recipe offers a taste of the Mauritian sunshine.

In a jug or four separate glasses, muddle together the Pink Pigeon with the soft fruit of the watermelon (or juice if you cannot find fresh fruit), the agave and the fresh lemon juice. Add lots of cubed ice, then top with ginger beer.