Notes from my father 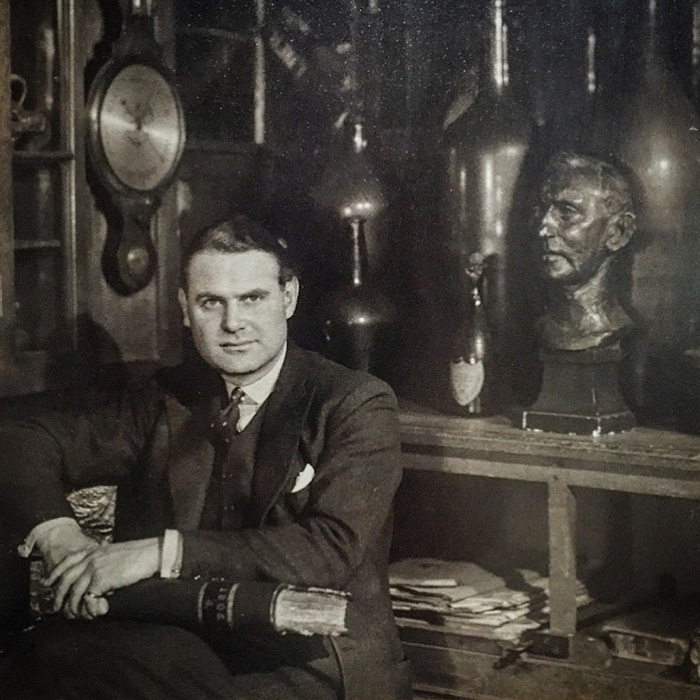 Our Chairman Simon Berry remembers the way in which his father first introduced him to wine, opening the door to a lifetime filled with bottles.

When my father died in 2010, a few weeks shy of his 95th birthday, he left a shelf-full of diaries. Actually more than a shelf-full, because he was a meticulous note taker, and most years he had maintained four diaries – one for appointments, one for all his expenditure, one for his rounds of golf, and a final one for every wine he tasted or drank.

He began his first wine diary in 1936, when he was 21 years old, and made his last entry in 2005 – almost 70 years later. It’s an extraordinary record, of course. But sadly my father didn’t really approve of what he called “flowery descriptions” – he thought it was nearly impossible to capture the true taste of a wine in words, and so it was a waste of time (and suspiciously indulgent) to even try. As a result we know what the wines were, and who was invited to share them, but then only the occasional opinion on their quality: “very good of its type”, “a fine old gentleman” and, once, “would have been nicer if it hadn’t been served in Woolworths glasses”. Michael Broadbent can sleep easy: my father’s records won’t be ousting his wonderful Vintage Wine from the best-seller list.

It does mean, however, that I can track the way that my father introduced me to wine. I have a very distinct memory of the first time I tasted wine – Christmas 1965. I can remember the room, I can even remember the table decorations, and possibly, if I close my eyes and concentrate very hard, the colour of the paper crown on my mother’s head. I could even remember that the wine was Beaujolais – because my father claimed that this translated directly from the French as “jolly boys”, which seemed to me (aged 8 and still wide-eyed with wonder at Christmas) a very appropriate name. Especially as my sister was in her habitual sulk and there wasn’t, apparently, a wine called “grumpy girls”. I can even see my nanny (who wasn’t, in all honesty, much of a connoisseur) screwing up her face as she took a sip. “Ooh no Mr Berry,” in her soft Wiltshire burr, “I don’t like that. Very sharp.” It has to be noted that Nanny’s wine vocabulary was even more limited than my father’s: everything was either “very sharp”, if it didn’t meet her approval, or “quite a nice drop”, on the rare occasions when it did. Which was principally when my father gave her a glass of either dark brown Cream Sherry or, on one occasion, Ch. d’Yquem.

For years, though, I had no idea about the precise identity of the Beaujolais in question – and I neglected to ask my father before he died. However a quick search through his wine diary of 1965 tells me that it was 1961 Moulin à Vent (a Berry Bros. & Rudd bottling). Not a bad place to start, when all’s considered.

It’s not of course, just about the wines my father introduced me to. I also inherited many of his attitudes towards wine.

“Moderation in all things”, he would say. And I certainly agree with him that children, and certainly teenagers, should be educated in wine at an early age – principally so that they don’t consider alcohol to be a taboo substance, and the abuse of it to be part of some rite of passage. To me, as to him, wine is part of civilised life, and that is a lesson that needs to be taught young.

He was, in common with so many of his generation, conservative by nature, and the vast majority of the wines he drank in his lifetime came from the so-called “classic regions”. However he was far from being resistant to experimentation. Towards the end of his life his staple diet was our Own Selection Chilean Merlot, and he had even become a convert to screw caps (although this was probably influenced by his arthritic hands finding conventional corkscrews an inconvenience). But he was always interested in trying wines from new wine growing regions, and instilled in me a simple mantra: “is it good to drink?” He wasn’t a snob either, and although his diaries reveal that he sampled, in his lifetime, some of the most legendary wines of the 20th (and 19th!) century, he was also impressed by a well-made wine from a humbler origin.

“If you drank Lafite every day, what would you drink on a special occasion?” Wise words, and a good lesson for a father to teach a son.

3 Responses to “Notes from my father”