After the state of the union 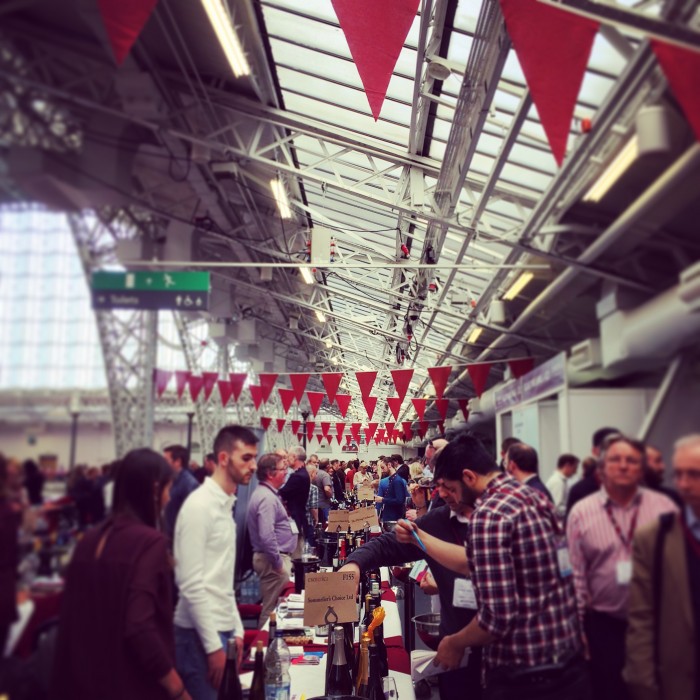 Day two at the London Wine Fair 2016 saw an opportunity to get slurping and spitting. Sophie Thorpe was only too happy to oblige: here she reports on how Pinot Noir is faring beyond Burgundy.

The industry briefings of day one felt like an assessment of the UK trade here and now, with a glance at the future. Day two has been a different kettle of fish – looking beyond our borders at what the wine world is capable of, and how much more there is to discover.

Two Pinot Noir masterclasses offered insight into how the Heartbreak Grape fares outside Burgundy. The first looked to Switzerland, not merely a tax haven but a country that consumes most of its domestic wine production, and thus whose wines are rarely seen abroad (not to mention the hurdles of exchange rates and EU membership). Pinot Noir was first recorded as being grown there in 1754, although as Anne Krebiehl MW mentioned it seems surprising that it doesn’t go back further – with the presence of the delightfully wine-loving Cistercian monks. The country, however, offers huge diversity in terroir – with the Alps “churning” the soils to create different pockets and microclimates – and in the varietals grown.

Previously production was quantity-focused, with a captive audience who didn’t necessarily push for progression. It is only since the 1980s that a “qualitative revolution” has taken place. While many would associate Switzerland with a fresh white (most likely a Chasselas), 55 percent of Swiss wine production today is red, with Pinot Noir and Chasselas planted in equal proportions (each making up 27 percent of the vineyard area). There are 4,300 hectares of Pinot Noir in Switzerland, mostly in Valais. While this is a miniscule quantity – less than New Zealand (approximately 5,000ha) and much less than, say, Germany with 11,800ha of Pinot Noir – there is a sense that it represents, as Anne said, a “tiny but fascinating splinter of Pinot Noir production”. Because of the thriving local market, we see regrettably little of the country’s vinous production.

“If you’re a Pinot Noir lover, you’re about to have your world rocked,” Lisa Perrotti-Brown MW declared to the audience at her Oregon Pinot Noir masterclass. She wasn’t wrong. The Wine Advocate’s Editor-in-chief guided a lucky room through eight extraordinarily impressive examples of elegant Pinot Noir. All but one of the wines came from the Willamette Valley, the epicentre for Pinot Noir in Oregon (and the region responsible for the vast majority of UK imports).

The country’s wine industry is relatively young, with it only becoming commercially relevant from the 1970s, when the number of wineries rapidly rose from just five to the current 650. The “watershed moment” as Lisa described it was 1987, when the Drouhin family firmly declared their faith in the country’s potential, purchasing 100 acres in Dundee Hills.

Pinot Noir is the most planted grape, with Pinot Gris just behind (and apparently in slight decline). Looking at the clones being used, Lisa recounted a trip with Robert Parker to Sonoma and his comment, “Is it me or are Dijon clones getting really boring?” While more recent plantings are Dijon, Pommard (UCD 5) and the – coincidentally – Swiss clone Wädenswil were originally planted. As for the winemaking, it is classically Burgundian in style, but she said, “Stems are just so trendy at the moment. Everybody wants to do the Dujac thing.” Producers are having varying results, the best succeeding in adding a savoury lift to their wines.

Tasting through a selection of wines from the 2012 (an almost perfect year, producing lush and voluptuous wines – although their ageability is uncertain) and 2013 (a mixed year, some wines lean, but the best are impressive), Lisa looked at Oregon’s place on the Pinot spectrum. Sitting somewhere between the Old and New Worlds, she thinks “it’s doing its own thing… downplaying the impetus to create a fruity character and bring out the savouriness, earthiness that speaks of the place.” She identified a minerality and almost garrigue-like character in the wines, with unique firm, almost granular tannins “that you can’t just feel, but you can taste”.

As with Swiss examples, the unavoidable issue is price. Very few people produce entry-level wines, with £25 the starting point. While the wines potentially offer more complexity and ageability than New Zealand examples, and remarkable value for the quality, they don’t yet have the reputation to challenge Burgundy.