Burgundy struck by frost and hail 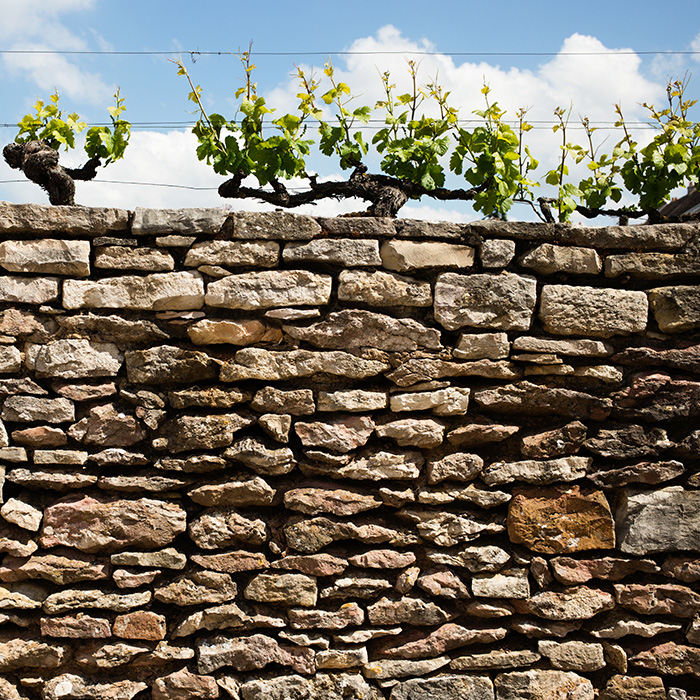 Our Burgundy Director Jasper Morris MW reports from the region as the vignerons of the Côte d’Or are once more the subject of nature’s whimsy, with their vineyards battered by frost and hail.

The recent weather pattern has been for cool sunny days and starry cloudless nights, both infused by a cool north wind: too cool as it turned out in the early morning of 27th April. A swathe of cold air moved down through northern France doing irreparable damage in Burgundy and the Loire, amongst other regions.

The usual risk at this time of year is for a white frost affecting the bottom of the slopes, along with one or two notoriously “at risk” cooler sites at higher altitude. This time, the effect was more like a winter freeze, a huge cloud of cold air swamping the region.

Officially, we cannot yet tell how bad the final damage will be. The BIVB’s figures are generalised and reflect an estimate of frost-damaged buds. Some may yet be replaced by a second generation but, equally, other surviving shoots may fail to fructify as well as they might be expected to.

BIVB’s assessment of the damage

A spokesman at the BIVB’s press conference described the situation as “grave but not catastrophic” which may be true for the region as a whole, but not necessarily for individual vignerons. Various activities are taking place behind the scenes to help: might funds be unblocked by declaring the frosts either a catastrophe naturelle by the relevant ministry or a calamité agricole at prefectoral level?

Insurance against frost or hail damage is costly and tricky. Insurance will only pay out to cover a percentage of the average annual yield for the last five years, which has been way below the previous normal, for various reasons including the repeated hail storms of 2012, 2013 and 2014.

The frost seems to have been at its worst in the Grand Auxerrois, the Hautes Côtes, Bouzeron, Marsannay and most of the Côte de Beaune, with Meursault and Chassagne suffering more than Puligny. Chambolle-Musigny seems to have suffered worse than Gevrey-Chambertin but nobody has escaped. The Beaune vineyard I partly own, Les Pertuisots, seems to have lost everything, as do neighbouring plots, while a few yards down the road the Clos des Mouches was much less affected, according to the Drouhins. There is no rhyme nor reason, and even vineyards which have not been affected in living memory, such as Le Montrachet, have been badly damaged this time round.

The best vineyards in Chablis have frost protection systems, as the risk here is much higher, and these appear to have been effective. The Mâconnais also escaped the worst of the frost but many parts – especially Pouilly-Fuissé and St Véran, are reeling from the massive and vicious hailstorm which devastated the region on 13th April.

So what happens now? Doubtless some vegetation will reappear, but not necessarily fruit bearing. The second-generation buds, the contre-bourgeons, may or may not have been damaged as well. These often provide further bunches for Pinot and Gamay, but much less often for Chardonnay. In any case, growers are pessimistic because the weather has continued very cool even now, which affects their development. The 1st May was allegedly the coldest May Day since 1949.

So the growers know already that they will have little or no crop, yet there will be much more work to do in the vineyard. Every surviving shoot will need exceptionally delicate handling, and without a full healthy canopy, will be much more prone to damage from gusts of wind.

Later on we may have to worry about the effect on pricing and whether or not we will have enough wine to drink. For now, however, my heart goes out to the vignerons who have once again seen their crop disappear in a matter of hours.

2 Responses to “Burgundy struck by frost and hail”