The HoseMaster of Wine on our forgotten wine critics 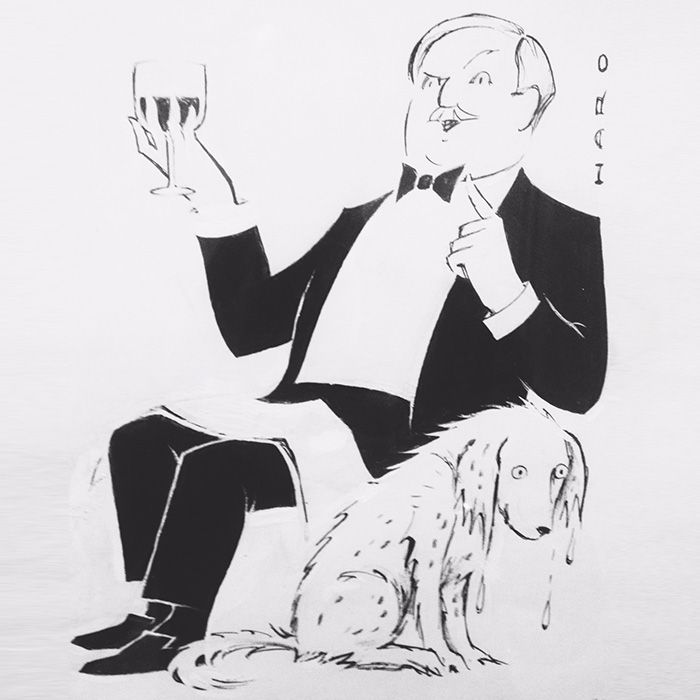 While often the butt of jokes, the world of wine isn’t necessarily known for its sense of humour: but the HoseMaster of Wine is rapidly changing this, calling the wine trade’s bluff with his cruelly comic prose. We asked satirical wine writer Ron Washam (AKA the HoseMaster himself) to write this month’s guest post.

They are the forgotten among us. Robbed of their dignity (though one wonders if they had ever possessed any dignity considering their chosen field), forced to live on the streets, supremely unemployable given their lack of any useful skills, we notice their presence as we go about our daily routines, but we look away. In the recent past, we would gaze upon them with schadenfreude. One of them drunkenly stumbles and falls to the pavement, and we have to suppress our satisfaction at their schadenfreudian slip. For years we spoke of their symbolic death. But they never really died, only their profession did. They are not dead, they are homeless and forsaken. Once regarded with awe and reverence, they are now a national disgrace. They are our homeless wine critics.

It would be easy to blame the youngest generation of wine consumers for the problem. After all, it was their generation who turned away from their authority, who shunned their scores and ignored their advice. Or blame the internet if you like. The internet made wine critics obsolete, exposed their limitations and weaknesses. The internet allowed everyone to have a voice, allowed anyone to be a wine critic, allowed everyone a tongue in the wine tasting game. And as we have come to learn all too painfully, in a world where everyone has a tongue, the ones with forked tongues are kings. And what is the internet if not a worldwide web of forked tongues?

A few of the unemployed wine critics were able to find other work. James Suckling, for example, became a carnival barker, a job for which he is uniquely qualified. It isn’t much of a leap from rating Bordeaux en primeur to selling tickets to see Siamese twins and dog boys. Birth defects – I’m a 96 on that! Jancis Robinson is selling refrigerators, and has published the definitive, “Oxford Companion to Magnets”. Jamie Goode was in pretty good shape with his Ph.D., and is now, of course, a waiter.

But most of the once-celebrated wine critics are now spending their evenings huddled around large bonfires of old issues of “Decanter” trying to stay warm. This isn’t easy, as “Decanter” generates so little heat, and, notoriously, sheds very little light. Many have not eaten in a Michelin-starred restaurant in weeks, and so are better fed. Metropolitan areas seem to have one on every corner, holding handmade signs written on old wine shipping boxes that read, “Will Trade Points for Spare Change,” or “Watch Me Spit for a Nickel.” And as horrible as it must seem, none have tasted a First Growth in years. Sadly, most are reduced to drinking Pinot Grigio, with which they also shower. It’s nice that it’s unscented.

Life is unspeakably hard for our homeless wine critics. Where once they were wined and dined in the finest restaurants, traveled the world on all-expenses-paid junkets, and tasted the greatest wines on a daily basis, now they search for a warm place to sleep at night, and are forced to make their own foie gras from local pigeons. Once pampered and held in high esteem, they are now wine’s Untouchables. As they say in a great vintage, it was a very long fall.

It’s a sad commentary on the rest of us that we have grown accustomed to the deranged and mentally ill on our streets. That they now have to contend with wine critics seems unspeakably cruel. Life is hard enough on the streets without having to listen to debates about natural wines or how the Jura is underrated. Homelessness has never been so undesirable. With so many homeless wine critics in the mix, drug addiction is at an all-time high; though, on the bright side, only crack over 94 points consistently sells.

There are volunteer groups who try to help our homeless wine critic population. They organize clothing drives, collecting loud sports coats and particularly ugly neckties which are donated to the wine critics to make them feel at ease, able to dress as they did when they were employed. The groups send volunteers to homeless wine critic encampments, or “wine expos” in the vernacular, where the volunteers make sure the wine critics have plenty of free cheese and designer water, as well as name tags and crappy stemware, to make them feel useful and engaged. There are monthly clinics to have their noses checked – where were those when they needed them? But it’s never enough. Being a homeless wine critic is a tough life. Most ascend into madness.

We couldn’t have seen this coming. Most of us believed that wine critics and their scores would always be with us, that they had the sort of job security that suicide bombers only dream about. But it only took one generation to change all of that. It may be a blessing that so many of our important wine critics were already old when homelessness overcame them. There’s a distinct advantage when living on the streets to being anosmic, having your taste be a thing of the past. But we mustn’t forget that wine critics, too, are human beings. Most of them. OK, some of them. We must remember to treat them with respect, and some measure of dignity, as they always treated winemakers and wineries. Most of them. OK, some of them. We owe them that.

Next time you pass a homeless wine critic, don’t look through him. Remember, you are but a few bad choices away from being him. Be generous, be kind, maybe offer him a hand up. Or, better yet, offer him a glass of your Wine of the Weak.

See what Richard Hemming MW had to say to the HoseMaster or read more of Ron Washam’s writing on his blog.