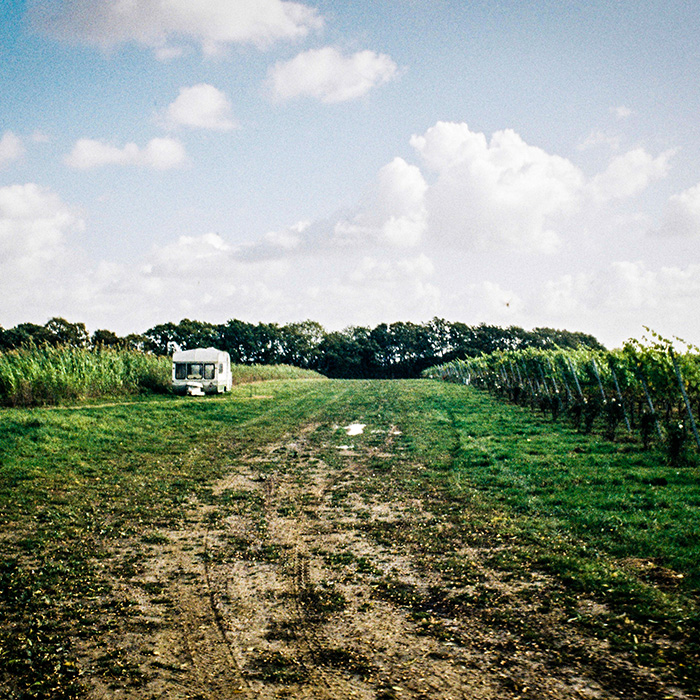 As we release the maiden vintage of our own-label English Sparkling Wine, Charlie Holland – winemaker at Gusbourne – follows its four-year journey to fruition.

The story of this wine really starts with the 2011 vintage in Kent. The spring of that year was unusually hot and resulted in an early flowering. The heat didn’t last, but resulted in a notably long growing season producing a smallish crop. A warm, dry and sunny September provided a perfect end to the vintage, leading to terrific-quality grapes that were harvested in October.

The grapes in question here are Chardonnay. While we also grow the Pinots (Noir and Meunier) at Gusbourne, the Berry Bros. & Rudd English Sparkling Wine was to be a Blanc de Blancs cuvée. Chardonnay has always been our most prized grape, best suited to the ancient escarpment where our vines are planted in Kent, just above the Romney Marsh, and only five miles from the sea. By using predominantly Burgundy clones, which help to naturally restrict yields, Chardonnay seems to provide a flavour set which we like to work with very much. On our soils it sometimes gives aromatics as exotic as tangerine, complementing a mineral note which works so well with extended lees-ageing. In the case of this particular cuvée, the wine was given a further compositional element though 27 percent barrel fermentation (for which half the oak was new), which again, with time, has integrated beautifully into the blend, adding layers of vanillin and honey. 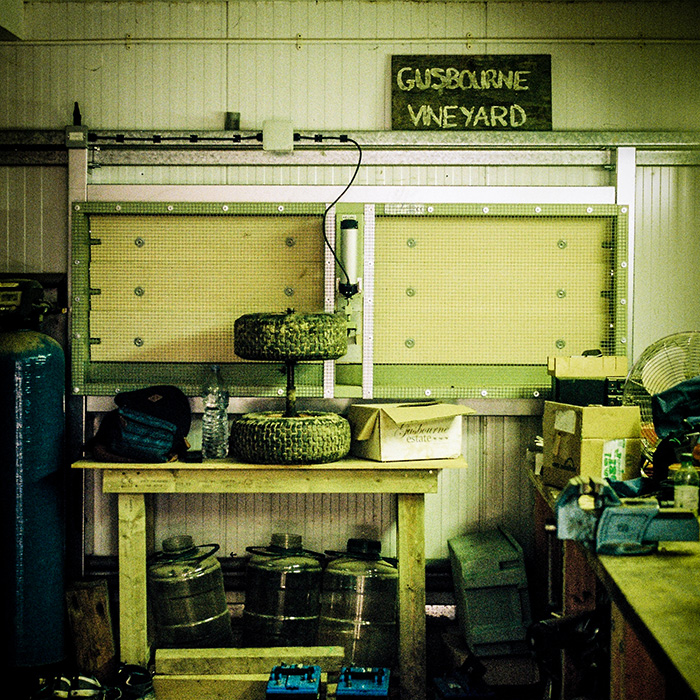 In late 2013 we began the tasting process with Simon Field MW; working together to decide when the wine should be disgorged. I find achieving the balance between ageing time on the lees and in bottle to be endlessly educational. Bottle-fermented sparkling wine develops further after disgorgement, bringing another level of complexity to the finished wine. We wanted to achieve this secondary ageing prior to release, so we eventually settled on mid-2014 for disgorgement, allowing the wine to mature in bottle for over a year.

I’m really delighted with the first Berry Bros. & Rudd English Sparkling Wine. It is quite different to a Gusbourne Blanc de Blancs, but is still distinctly from our Kentish home. We have already enjoyed it as an apéritif, but there is some richness here which lends itself well to seafood. If you have a bottle with you in Kent, or an accommodating fishmonger, then Rye Bay scallops or Whitstable oysters are just about perfect partners, but I’m sure it will find good company much further afield too.