The rise of the Super Tuscans – and the response 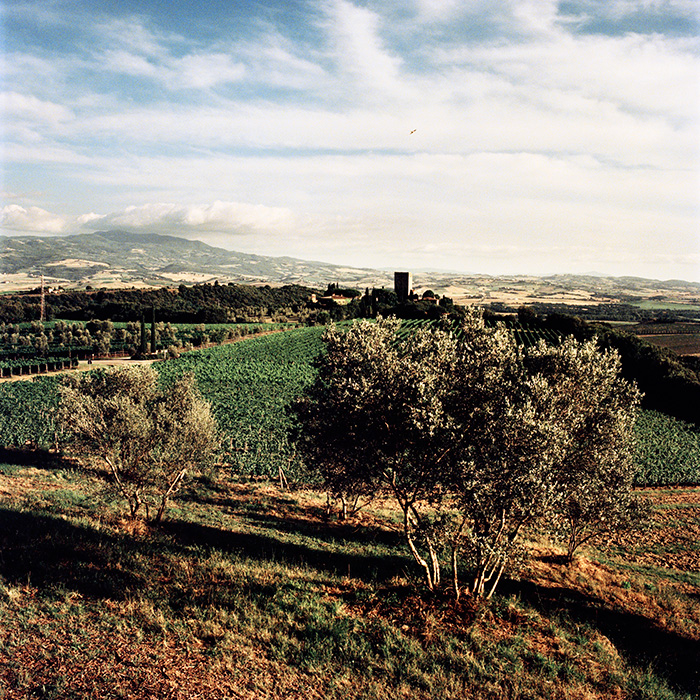 The Castello di Argiano estate in the Montalcino district makes the traditional, and now thriving, Brunello di Montalcino – and other wines including a Merlot-Cabernet Toscana IGT. Photograph: Jason Lowe

In the second extract from our new book, Exploring & Tasting Wine, Chris Pollington – Italy Specialist – describes how the arrival of French grapes in Tuscany produced a clutch of new wines – and helped to spark a revival of the region’s indigenous varieties.

Sangiovese, the great indigenous grape of Tuscany, is heralded today as one of the world’s top varieties – but this hasn’t always been the case. Forty years ago the use of poor clones, and of vineyard and cellar techniques designed to put quantity before quality, had caused many Tuscans to lose faith in their local variety.

The first response to this was the creation of wines made using French varieties, either on their own or blended with Sangiovese. These wines were either made outside the traditional production zones, or fell outside the legal requirements of the DOCs – or both.

The heartland of these experiments was (and is) a coastal tract well away from the main Tuscan vineyards. It so happened that a major landowner there hankered after Claret, and planted Cabernet Sauvignon. One experiment led to others, more French vines were planted, and the world began to take notice: the ‘Super-Tuscans’ had arrived.

Their success was startling: they became the height of vinous fashion, both inside Italy and in the opinion-forming markets of London and New York.

Perhaps buoyed by the success of these international-influenced wines, the mainstream winemakers of Tuscany then started experimenting with their indigenous varieties – led by Sangiovese. They created a second wave of Super-Tuscans made entirely with Sangiovese – but with much better quality fruit than ever before, due to today’s improved techniques in both the vineyards and the winery.

This new emphasis on control and technique also began to raise the quality of the classic DOC and DOCG wines of the region.

So the great wines of Tuscany today come from both French varieties and from indigenous ones – with blends of the two also making an important contribution. The countryside around Bolgheri, on the coast, is still home to the ‘Bordeaux Blend’ wines of Sassicaia, Ornellaia and Guado al Tasso, which contrast completely with the 100 per cent Sangiovese wines of Brunello di Montalcino away to the south.

Chianti Classico is much more complicated, with excellent wines made from pure Sangiovese as well as ones made of Sangiovese blended with other indigenous and/or French varieties. The rules insist on a minimum 80 per cent Sangiovese; Cabernet Sauvignon and Merlot feature in the remaining 20 per cent of many Chianti Classico wines.

Observers reckon that the challenge of the Super-Tuscans – allied to improved winemaking and better clones – has sparked an impressive revival in the quality of Chianti Classico.

Browse a range of Super Tuscans in Italy 2015: The Grand Tour and purchase Exploring & Tasting Wine: A wine course with digressions on bbr.com.