Sustenance at the summit 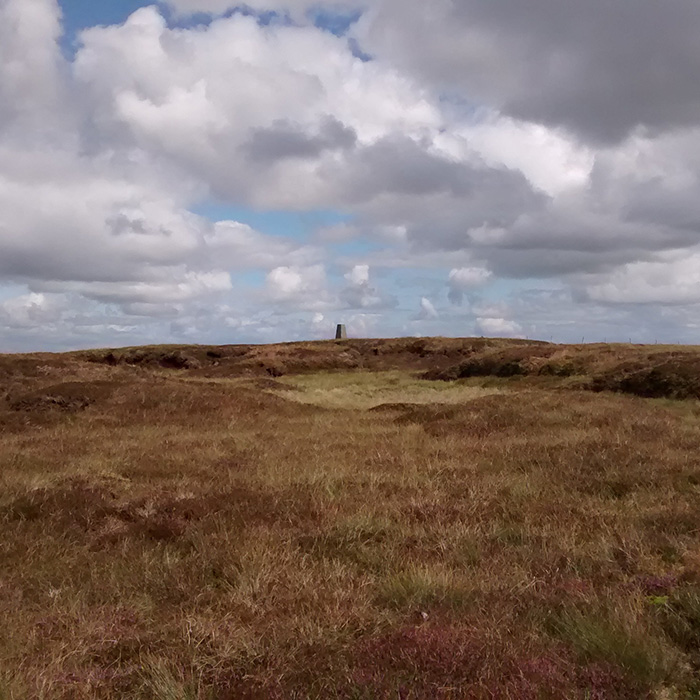 Following a recent trip to the moors of the north, our Cellar Plan Manager Tom Cave divulges the secrets of England’s highest cellar, a spot of Lancastrian peat that provides surprising sustenance for weary sportsmen.

After two hours yomping across heather and bog, the distant trig point stubbornly remained just that – distant. Eventually, and with plenty enough to engage on the sporting side, it hove into view and thoughts focused on what magnum had been deposited there on our last visit two years ago.

Set high on a hill in Lancashire’s Forest of Bowland, there lies in the dank peat hags a magnum, left each year to welcome the thirsty band of sportsmen who set out annually, or every other year as it was this time, to sweat their way to the summit.

This August it was, thankfully, dry, bright and breezy, and the last part of the climb passed quickly before the search began. There was a worrying minute when the ground didn’t quite look the way we recalled, but soon enough the neat, brick-shaped marker stone was located – though now covered in a thick thatch of grass – and the treasure exhumed.

I had convinced myself it was a Meursault that we buried last time, but we discovered, once the cork was drawn as the label had faded, a very decent magnum of 2010 Chablis from siblings Didier and Pascal Picq. The 2010 vintage is great for Chablis and two years of steady maturation had served it well: the wine had rounded off nicely and showed some interesting depth of flavours – and proved a very fine match for Baxter’s Morecambe Bay potted shrimp.

A handsome magnum of Pol Roger was the elected candidate for interring. The marker stone returned, the hill was left to hold its secret for another year or two.